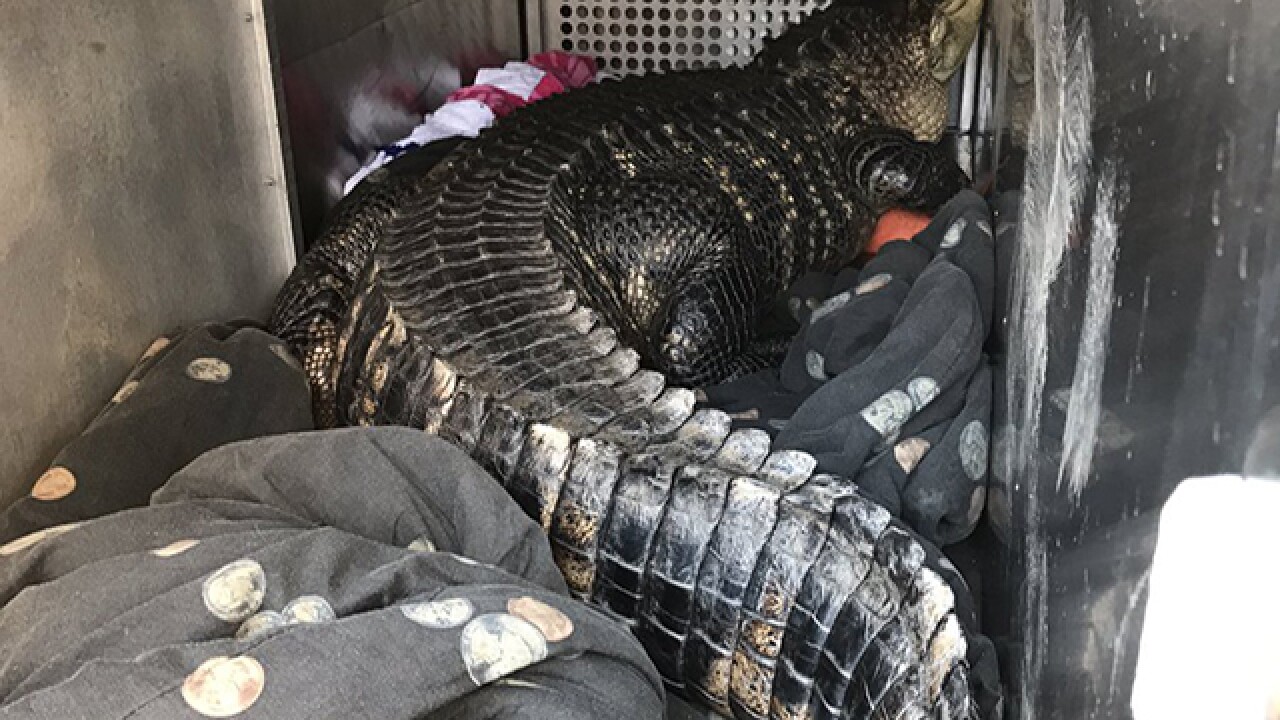 Animal control workers who were called to an east Kansas City home encountered Catfish, a 6-foot alligator that its owner said is as “gentle as a kitten.”

Eventually, a specialist was called to remove the 150-pound alligator. Two boa constrictors and a rabbit also were taken from the home.

The Kansas City Star  reports  the tenant, Sean Casey, said he owned the alligator for four years and called him “a big cuddly lizard.”

John Baccala, spokesman for the city’s Neighborhood and Housing Services department, says Kansas City does not allow homeowners to have alligators.

None of the four workers who removed the alligator was injured.

Catfish will be housed at the Monkey Island Rescue and Sanctuary in Greenwood for now. The boa and rabbit were taken to an animal shelter.