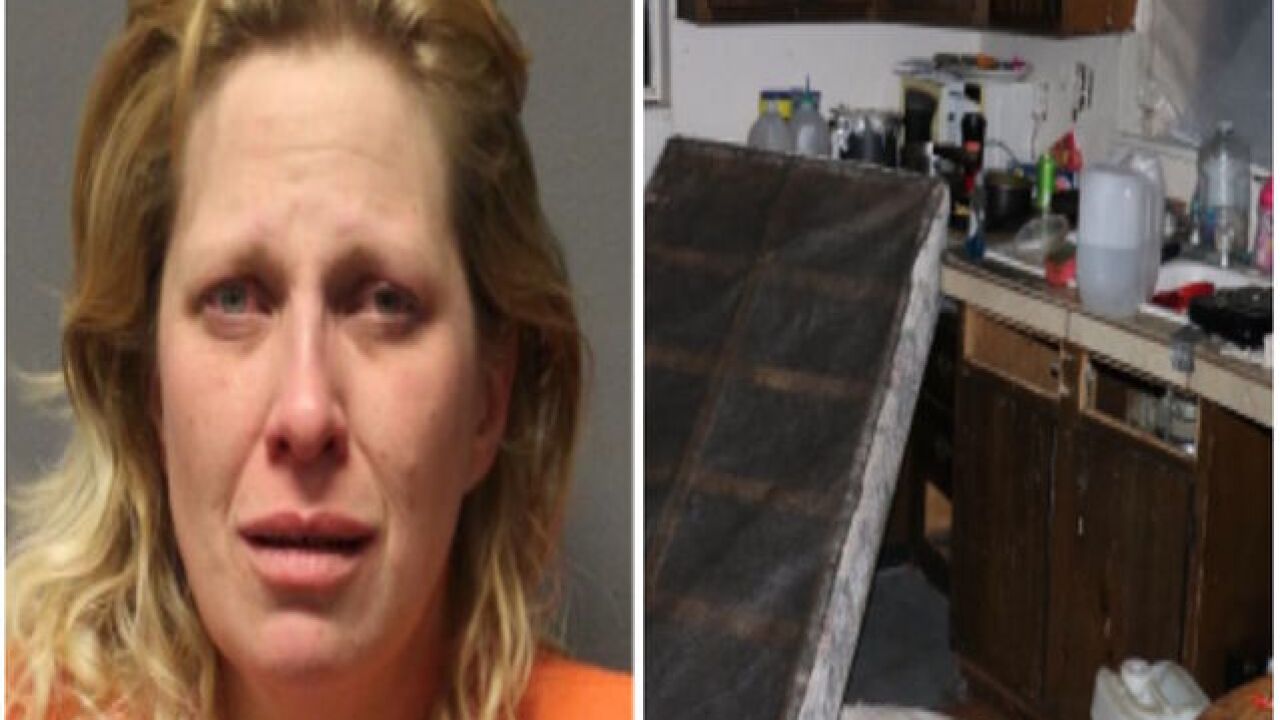 Copyright 2018 Scripps Media, Inc. All rights reserved. This material may not be published, broadcast, rewritten, or redistributed.
CPD
<p>Sarah Easterday</p>

Cottonwood, Arizona police have arrested a 32-year-old woman in what they call, "One of the worst cases of neglect some of the officers involved have ever seen."

Sarah Easterday-Shortridge faces several charges in connection with the crime.

On the morning of March 10, the Verde Valley Regional SWAT team served a search warrant at a home.

Officers were made aware of the residence after a person received medical treatment from being pistol-whipped by a man staying at the home the night before.

Officers described the residence as a "flop-house" for drug users.

The children were transported to a medical center where they received treatment and hygiene.

Police say the kids were suffering from lice, open sores, scabies, bumps, and were covered in feces.

The Department of Child Safety was called to the scene and the children were removed from Easterday-Shortridge’s custody, police said.

She has been charged with several felonies including child abuse, endangerment, neglect or abuse of a minor and possession of drug paraphernalia.