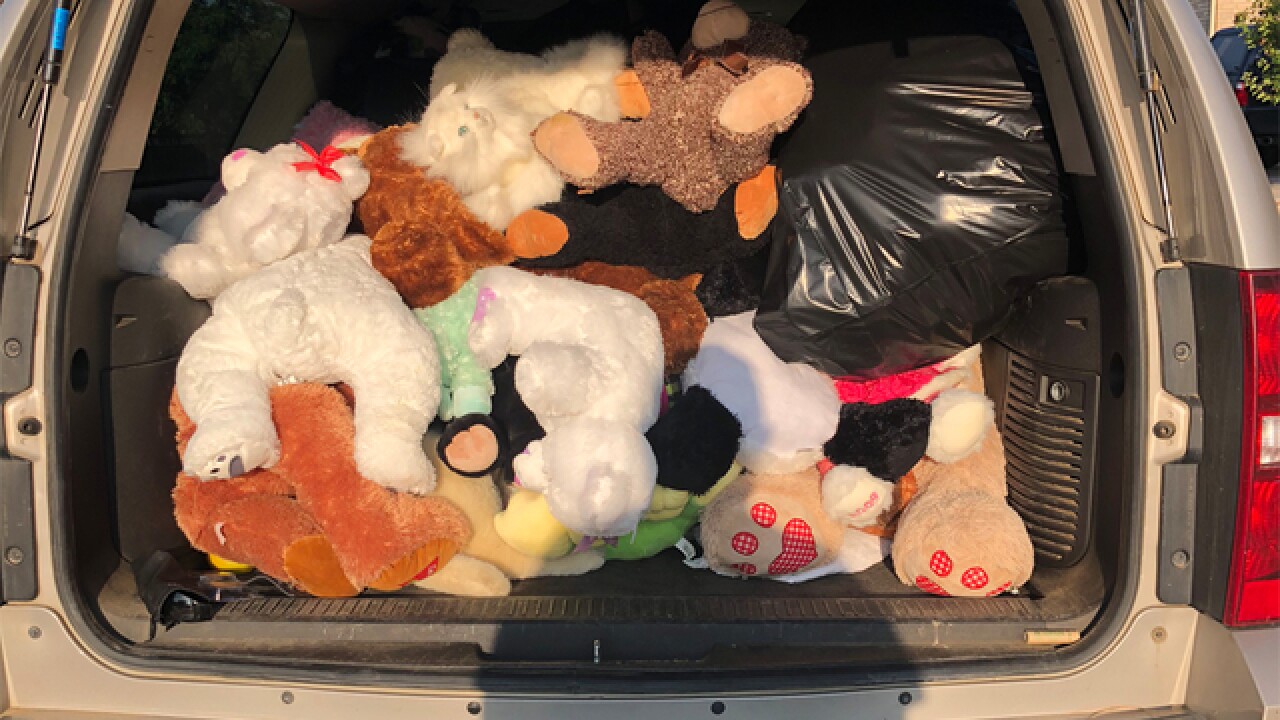 Copyright 2018 Scripps Media, Inc. All rights reserved. This material may not be published, broadcast, rewritten, or redistributed.
<p>A chance encounter between a Firestone man and the mourning father of Shanann Watts Wednesday night has led to a new effort to repurpose many of the stuffed animals left at a memorial at the Watts home for other grieving families.</p>

FREDERICK, Colorado – The Firestone man leading the effort to repurpose stuffed animals left at a memorial for Shanann Watts and her two daughters has finalized the list of materials needed for the projects and is now taking donations, along with the police department.

Shanann Watts died in mid-August after her husband, Chris Watts, killed her and their two daughters . He admitted to the killings. The incident captured national media attention.

John and some friends filled up his Suburban with all the leftovers and got to work with a team to start planning for the blankets.

On Friday, John said that they’d come up with a list of materials they need to finish the projects.

They are asking for 20 yards each of “minky” or “cuddle” material in blue, yellow and purple. They’re also asking for 125 packages of blanket binding material to match or coordinate colors, as well as 15 spools of thread in each color.

John said that the shade of blue, yellow or purple doesn’t matter and they’ll work with what they get.

He’s also set up a Facebook page in which people can contact him for more information and to discuss plans. John has asked all donations be dropped off at the Frederick Police Department.

John said that any donations that are received beyond what is needed will be turned into blankets as well.