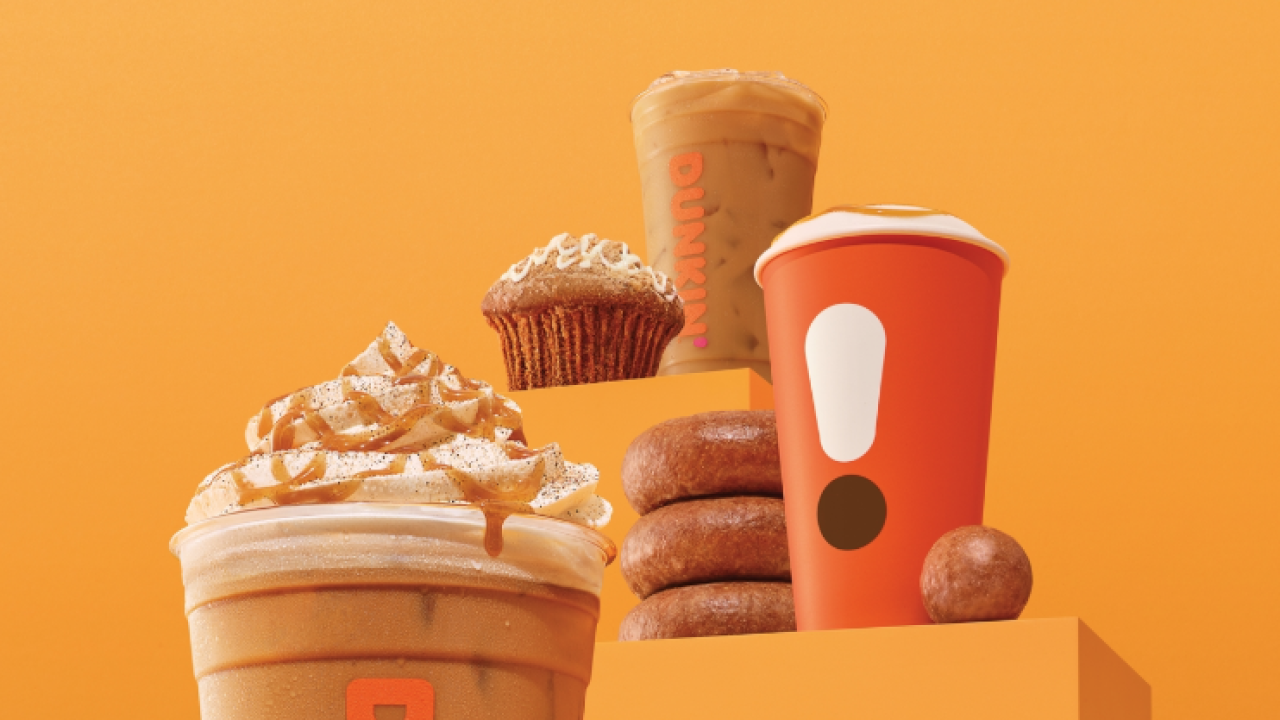 Are you ready for fall? Dunkin' hopes you are ready as it announced on Monday that its pumpkin spice flavors will be available on Aug. 21.

According to Dunkin', its stores will feature several new products: A Cinnamon Spice Pumpkin Spice Latte and Apple Cider Donuts and Munchkins donut holes. This is in addition to its lineup of pumpkin flavored coffees, pumpkin donuts and pumpkin muffins.

Dunkin's release of the fall favorites might predate Starbucks' release. Starbucks, which hasn't officially announced when its pumpkin spice lattes will be available, generally makes its fall lineup available in late August.