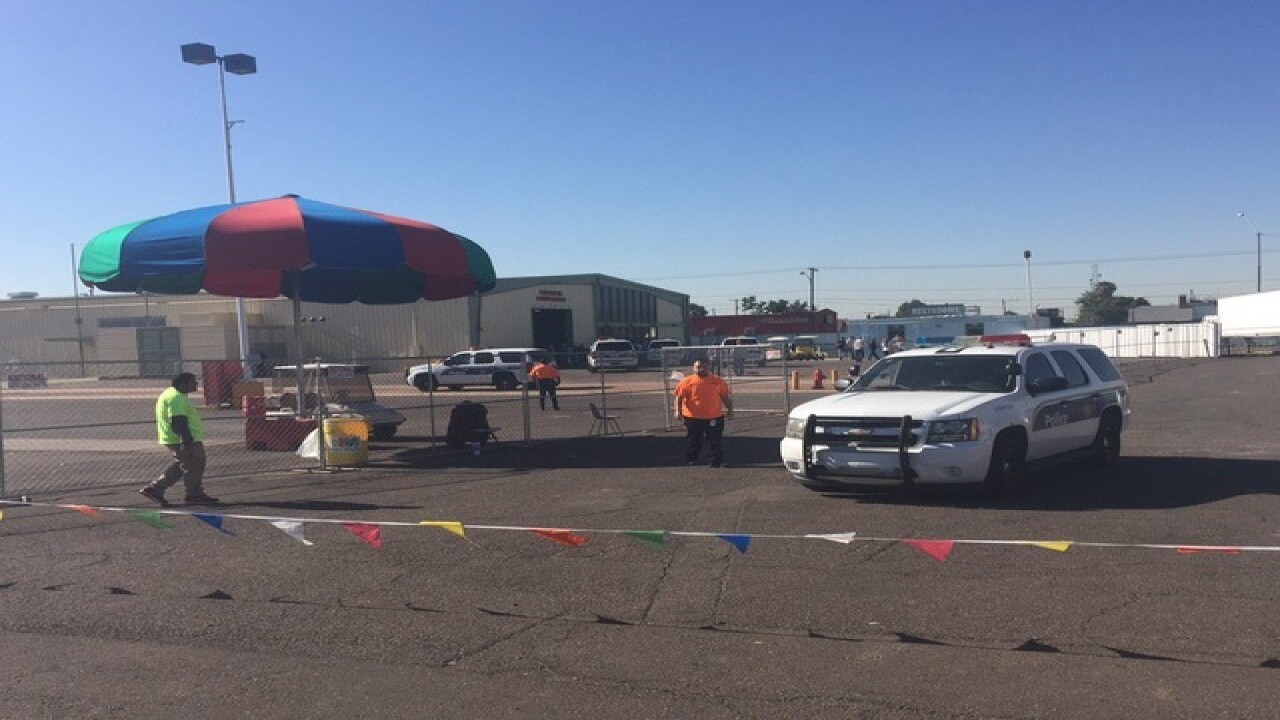 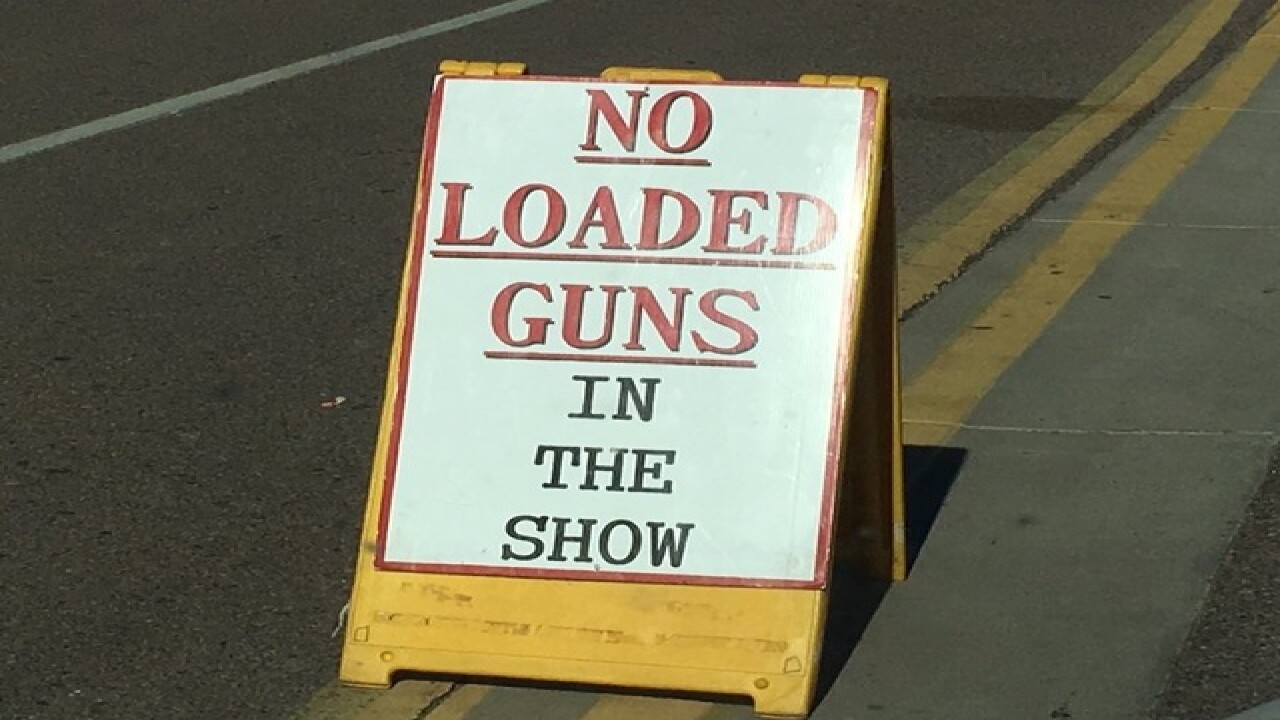 A man was taken to the hospital from the Arizona State Fairgrounds after he was accidentally shot by his friend, according to the Arizona Department of Public Safety.

DPS said a man was inspecting a semi-automatic handgun that he had recently purchased when he accidentally shot his friend in the torso. The victim was taken to a hospital and is expected to be OK.

The Arizona Exposition and State Fair website says the Crossroads of the West Gun Show is taking place at the fairgrounds this weekend.

Signs outside of the exhibit hall say 'No Loaded Guns' allowed.

It is unclear whether any charges will be filed in the case, DPS said.