The alleged Golden State Killer will be charged with another murder, district attorney says 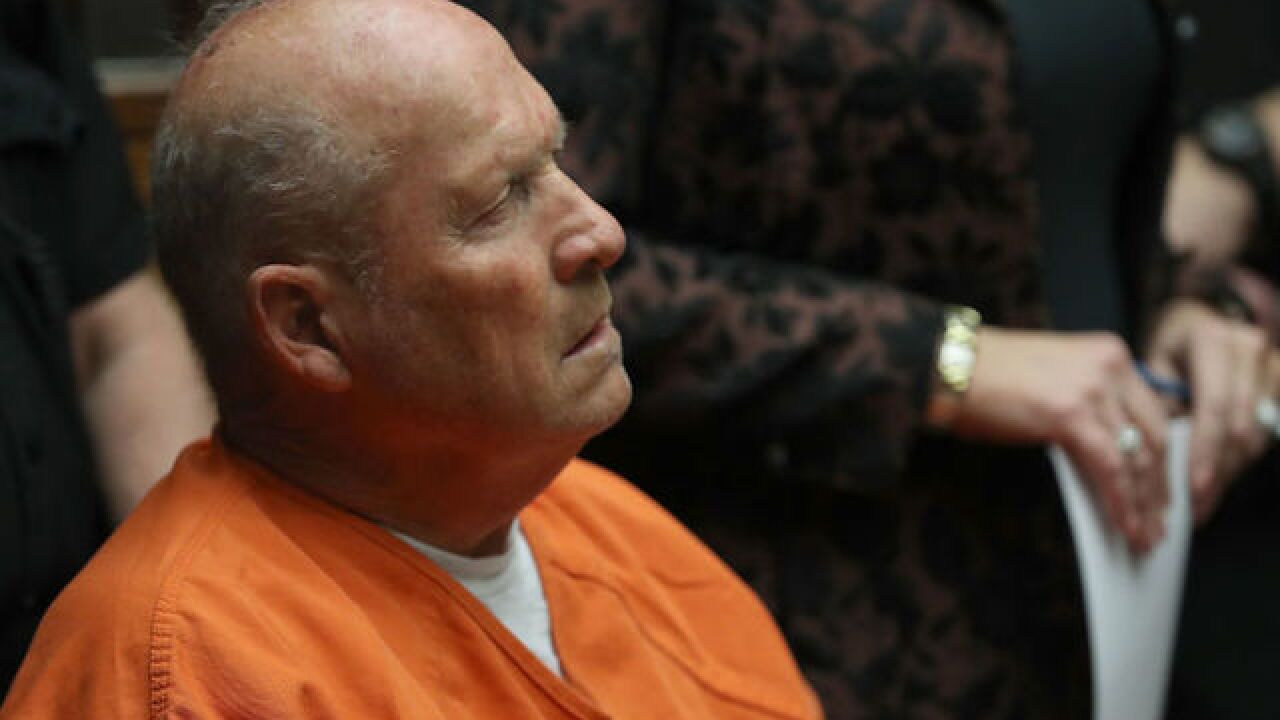 Image copyright 2018 Getty Images. All rights reserved. This material may not be published, broadcast, rewritten, or redistributed.
Justin Sullivan
<p>Joseph James DeAngelo, the suspected "Golden State Killer", appears in court for his arraignment on April 27, 2018 in Sacramento, California. DeAngelo, a 72-year-old former police officer, is believed to be the East Area Rapist who killed at least 12 people, raped over 45 women and burglarized hundreds of homes throughout California in the 1970s and 1980s. </p>

The man authorities believe is the Golden State Killer will face yet another murder charge, authorities said Monday.

Joseph DeAngelo, 72, will be charged with the 1975 murder of Claude Snelling, with a special allegation of the use of a firearm, according to Stuart Anderson, spokesman for the Tulare County, California, district attorney's office.

DeAngelo has already been charged in 12 killings, including the 1978 deaths of Katie and Brian Maggiore. Police say he committed a series of killings, rapes and other crimes attributed to the so-called Golden State Killer, also known as the East Area Rapist and the Original Night Stalker.

The Visalia Police Department and officials with the district attorney's office will hold a news conference Monday to give details about the latest charge.

Claude Snelling was shot and killed in September of 1975 as he charged at a masked man who was trying to abduct his daughter from his home, according to the Visalia Times Delta.

Authorities said the Maggiores were killed after possibly spotting the Golden State Killer as they walked their dog near a home in Rancho Cordova, California, outside Sacramento. The complaint alleges that DeAngelo shot the couple using an "unknown caliber firearm."

DeAngelo appeared in court in late April in a wheelchair, but didn't enter a plea to the charges of murdering the Maggiores.

Decades after the killings terrified communities throughout California, authorities tracked down DeAngelo using data from an ancestry website where people submit their DNA results in hopes of tracking down relatives and ancestors.

DNA from a crime scene was matched to genetic material from a relative who was registered on genealogy sites, and authorities later obtained a discarded sample of DeAngelo's DNA.

DeAngelo, a former police officer, Vietnam veteran and mechanic, was a reclusive neighbor in Citrus Heights, a town about 16 miles northeast of Sacramento, according to residents.