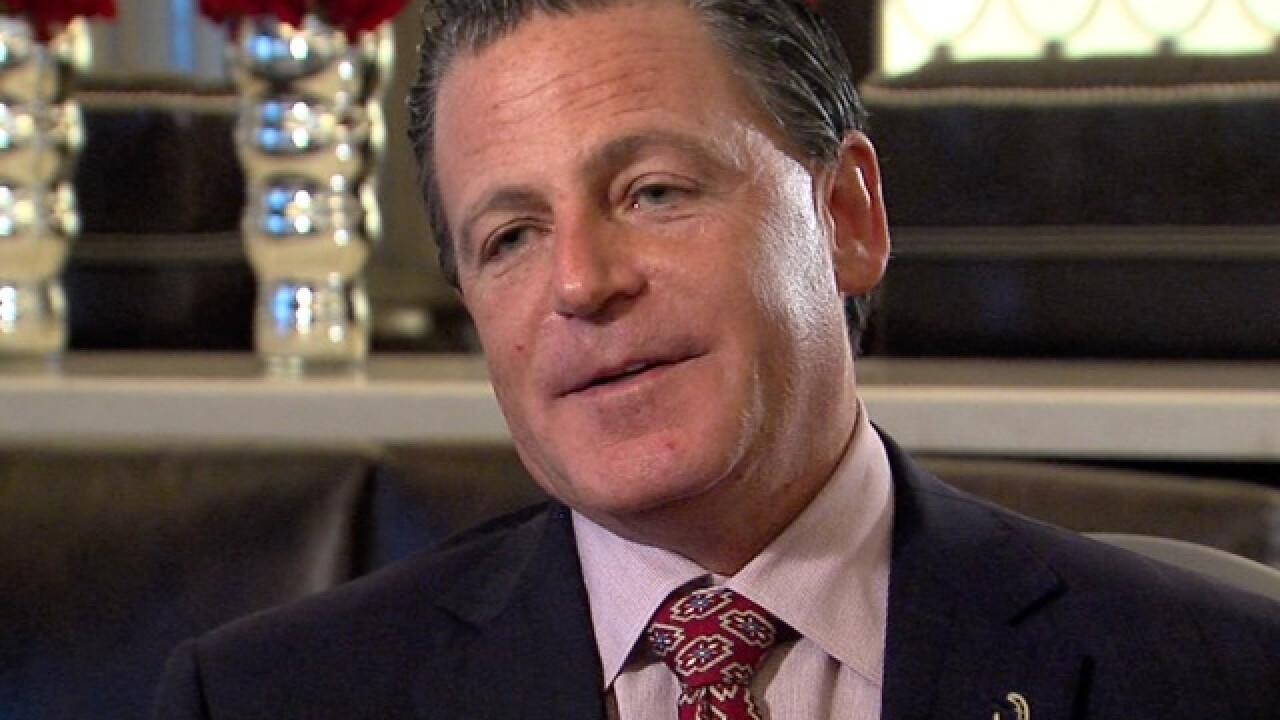 Dan Gilbert's newest purchase is something most people would find puzzling. It isn't a sports team or a casino, but two websites he calls the "currency of the digital age."

On Thursday afternoon, the Cavs owner announced on Twitter that his company, Rock Holdings Inc., bought the websites Dictionary.com and Thesaurus.com.

Welcome @Dictionarycom. Some ask why this deal? Words are the vessels of communications btw humans. And digitally, words are the means of exchange of information & intel or the 'currency' of the 21st century.. Our journey begins at the epicenter of the phenomenon. Stay tuned... https://t.co/L1PAorKpg7

In the Tweet, Gilbert called words, "the vessels of communication" and, "digitally, words are the means of exchange of information."

The announcement was kicked off when Gilbert asked on Twitter if anyone knew what the word "epigram" meant. The Dictionary.com Twitter handle responded with a short quip:

Oh Dan, your friend could have called us! Psst: Epigram = Any witty, ingenious, or pointed saying tersely expressed. https://t.co/AAspdj0lbr https://t.co/AvkNBXtspd

Gee, @Dictionarycom it is humbling that the world's undisputed official source of definitions of 'words'... which are not only the vessels of communication, but also the currency of the digital age, replied to my question!

BTW, can you define 'terse' for me? Is that like brusk? https://t.co/xxLBsMaX0U

We aren't cavalier about definitions around here, Dan. Terse means neatly or effectively concise. (Our friend @thesauruscom says it's a synonym of brusk/brusque!) https://t.co/ZUKgFrqCME

OK then, I will be 'terse' and 'brusk', here. One last question...Since @Dictionarycom is the world's official source of definitions, can you please give me the official meaning of the word 'acquired'? https://t.co/DoXvW0tzkE

Acquired. Verb. To have come into possession or ownership of.

The Billionaire hasn't announced what he plans to do with the acquisitions, except that the "journey begins at the epicenter of the phenomenon. Stay tuned..."