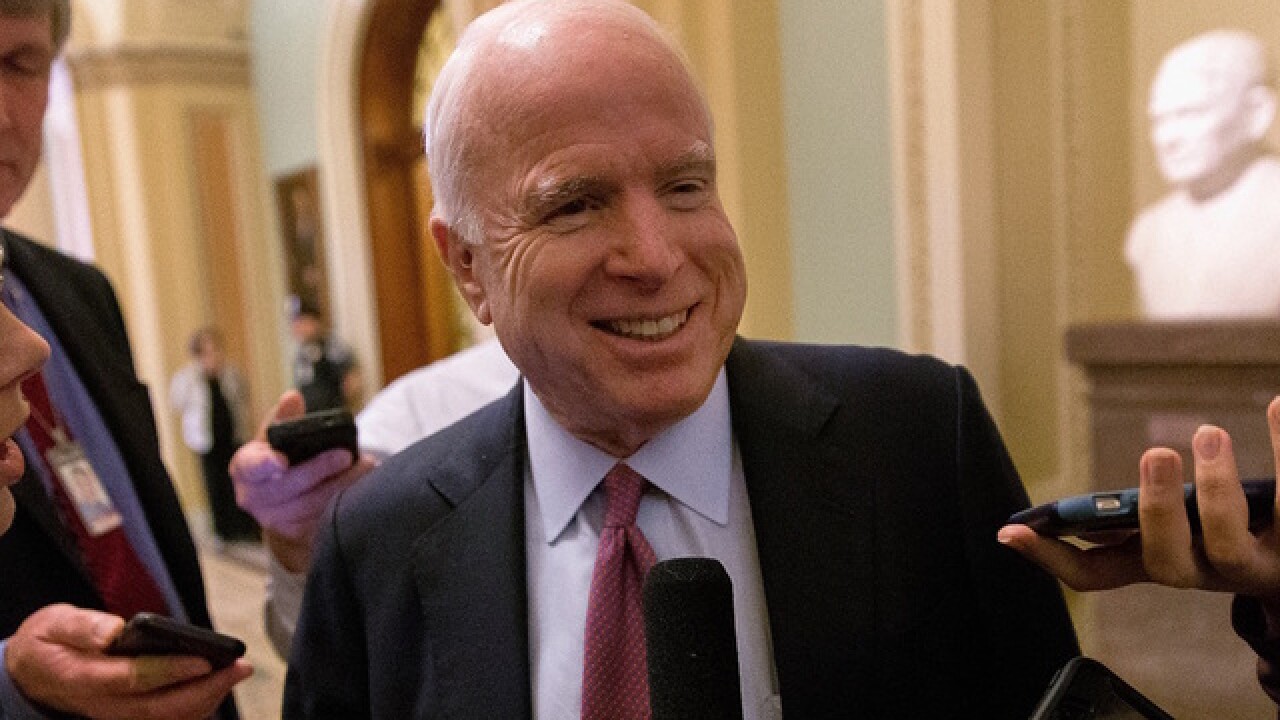 At age 106, Sen. John McCain's Roberta McCain mother will be in attendance at the late senator's funeral this Saturday in Washington, D.C., and his burial service in Maryland, the Associated Press reported.

Roberta McCain has outlived the son she called "Johnny," as the U.S. Senator from Arizona died on Saturday at the age of 81. Sen. McCain will be lain in state at the U.S. Capitol on Friday before his final services on Saturday.

Roberta McCain, at age 96, was active on the campaign trail for her son during his presidential bid. She also made a number of appearances on television, including one controversial spot on MSNBC's Hardball, where she went after fellow GOP presidential hopeful Mitt Romney.

Roberta McCain had an identical twin sister, Rowena Wright, who died at the age of 99 in 2011.