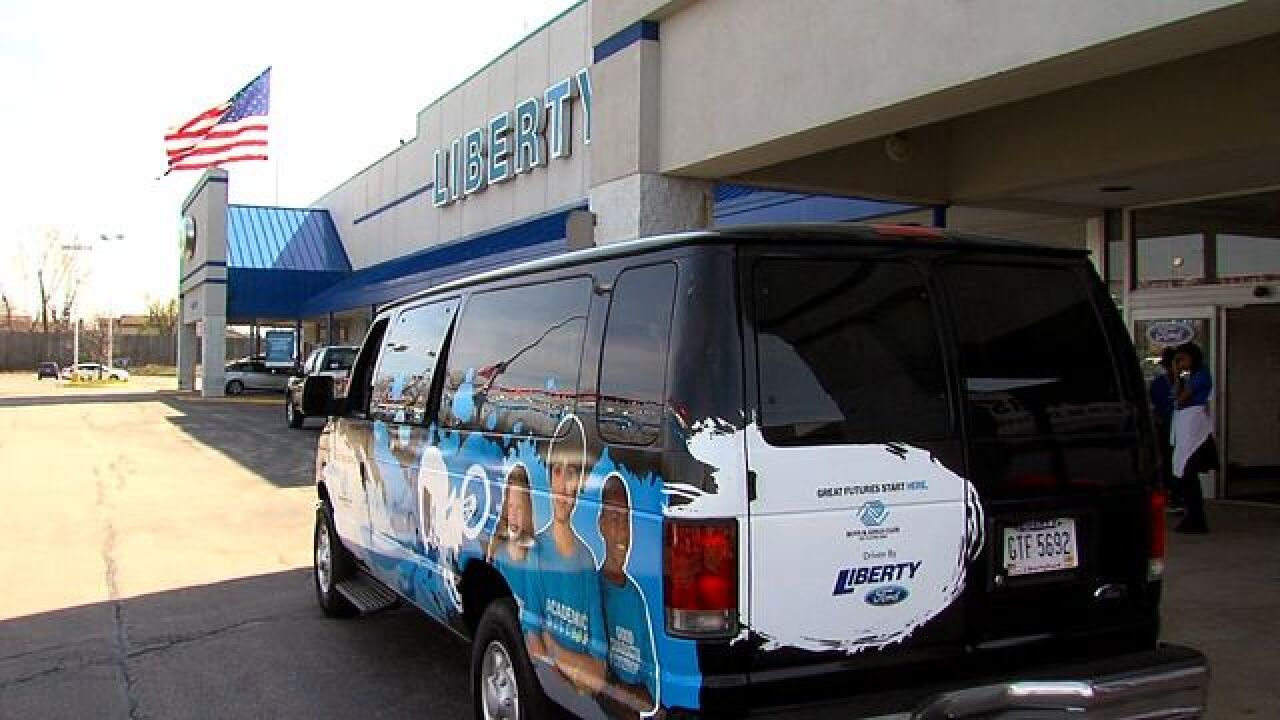 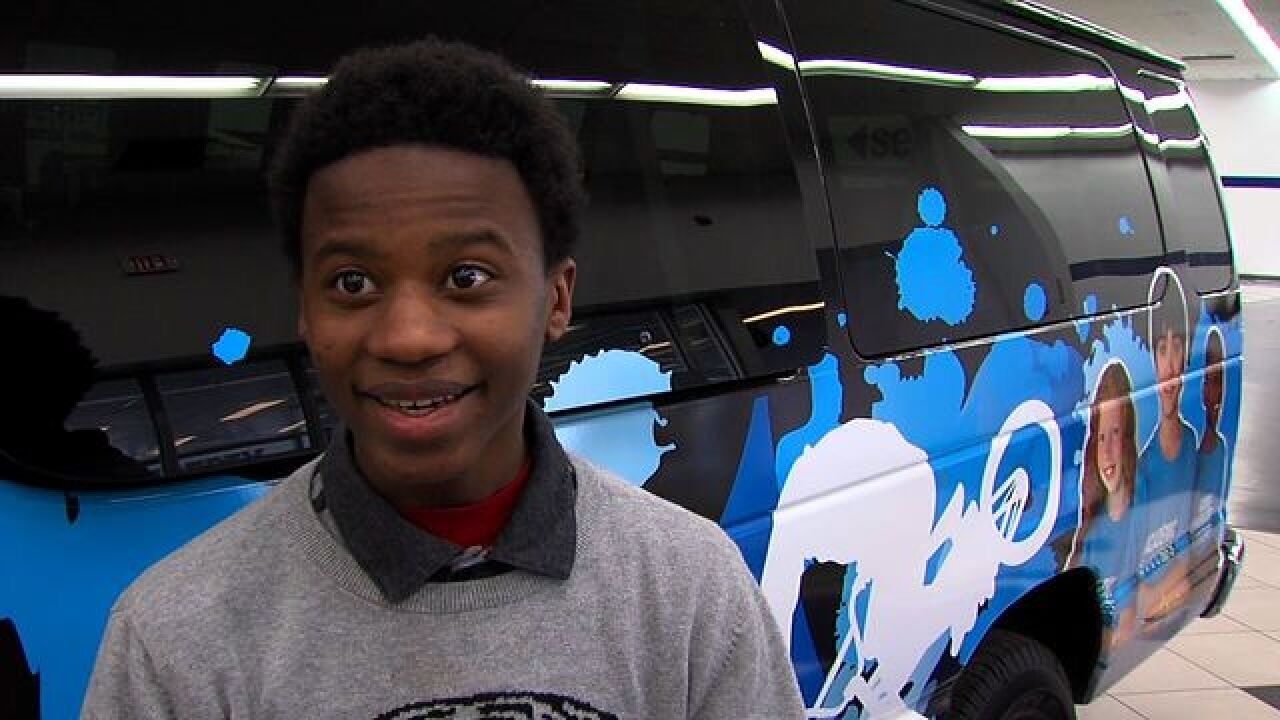 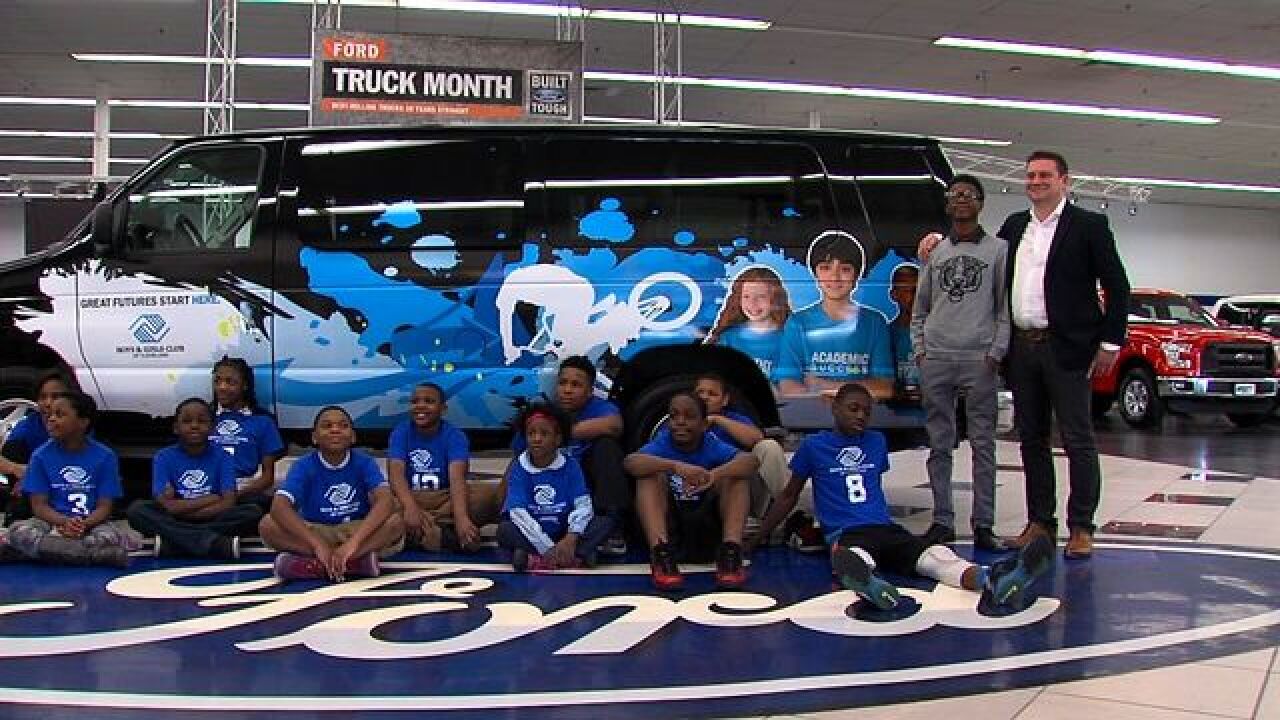 There’s a reason why the 15-passenger van Liberty Ford donated to Boys & Girls Clubs of Cleveland has a distinctly youthful look: It's custom paint job was designed by a 13-year-old club member.

Kamden Pearson, a Broadway Club member who attends Cleveland’s Mound STEM School, won a competition among students in BGCC’s graphic design program for the best-looking van “wrap.” The finished product was unveiled at a ceremony at Liberty Ford in Maple Heights on Monday.

This was the fourth van donated to the Boys & Girls Clubs of Cleveland by Liberty Ford, according to BGCC President Ron Soeder. The vans were vital to the organization’s programming, he said, because so many arts, sports, music and community activities required kids to be transported either between clubs or to other sites. The vans also enabled kids to have new experiences, such as visiting colleges, taking field trips to museums or attending sporting events.

“This transportation really opens up new worlds for our kids, and Liberty Ford understands that,” Soeder said, adding that Dustin Peugeot, general manager of Liberty Ford and a BGCC board member, was instrumental in helping the organization create a fleet of vans to transport members.

Under the guidance of instructor Jamal Collins, BGCC developed a thriving graphic design program. Kids in the program were asked to not only design the “wrap” for the new van but to make formal presentations to BGCC staff members so they would gain experience making a pitch to a client.

Pearson said he wanted the design to be “kid-friendly but also showing movement.” The most challenging aspects, he said, were integrating the design with the layout of the van, incorporating people into the finished product and including the Boys & Girls Clubs of Cleveland logo.

“I’m really anxious to see my design on the van as it is going around the city,” Kam said. “I want to start a (graphic design) business, and this is going to really help get my business off the ground.”

Collins said he and Pearson share a love of creating things.

“The first day I met Kamden and introduced him to graphic design and Adobe Photoshop, he never looked back,” Collins said. “He is so dedicated at such a young age. He is truly a graphic designer because he understands that to be good at something you have to put in the hours. That’s what he does.”