Magnitude 7.9 earthquake strikes off the coast of Alaska 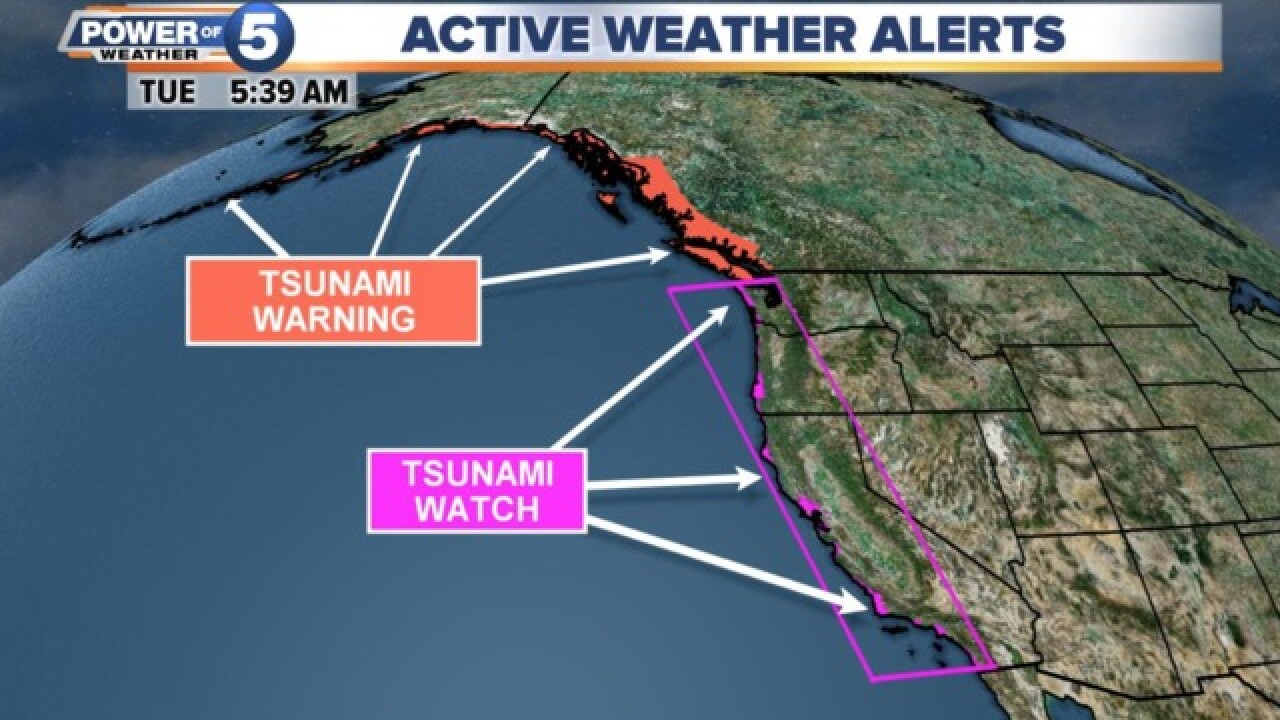 The quake had a depth of about 6 miles, according to USGS.

Bulk of the Tsunami watches/warnings have been cancelled. All that is left now is a Tsunami Advisory in the Gulf of Alaska. pic.twitter.com/FAZhalKUke

A tsunami warning is in effect for southeast and south Alaska, including the Alaska Peninsula, Aleutian islands and British Columbia in Canada. A tsunami watch is in effect for California, Oregon and Washington, according to the Tsunami Warning Center.

USGS has revised the earthquake in Alaska: down to a 7.9. Still, a very strong quake. Tsunami advisories in place all along the West coast of North America. pic.twitter.com/XOCiVQHOd0

Heather Rand, who was in Anchorage, Alaska, told CNN that the earthquake "was a slow roller, so it was felt for at least a minute before the real rolling started. Nothing fell off the walls and I didn't have to wake my kiddo."

She said it felt like the longest earthquake she had ever experienced.

"It was a very long, slow build up. Creepy, more than anything. Definitely the longest, and I was born here," Rand said. She reported no damage besides cracks in the drywall.