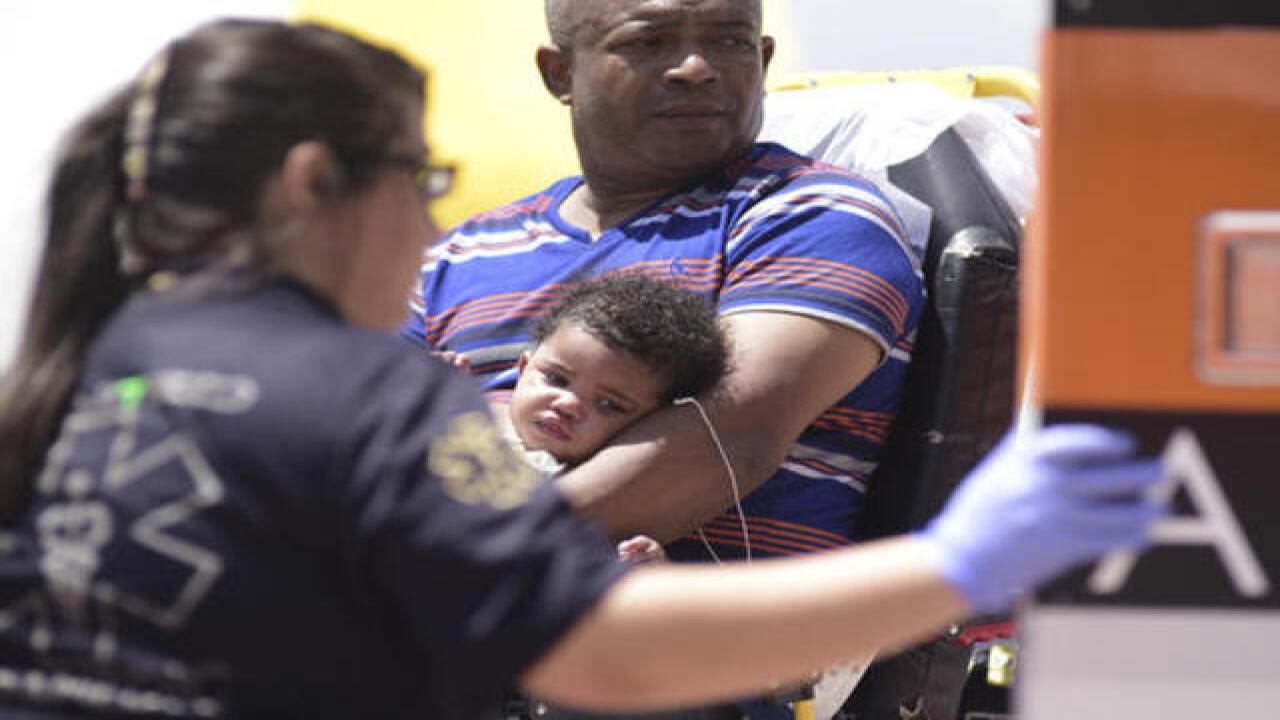 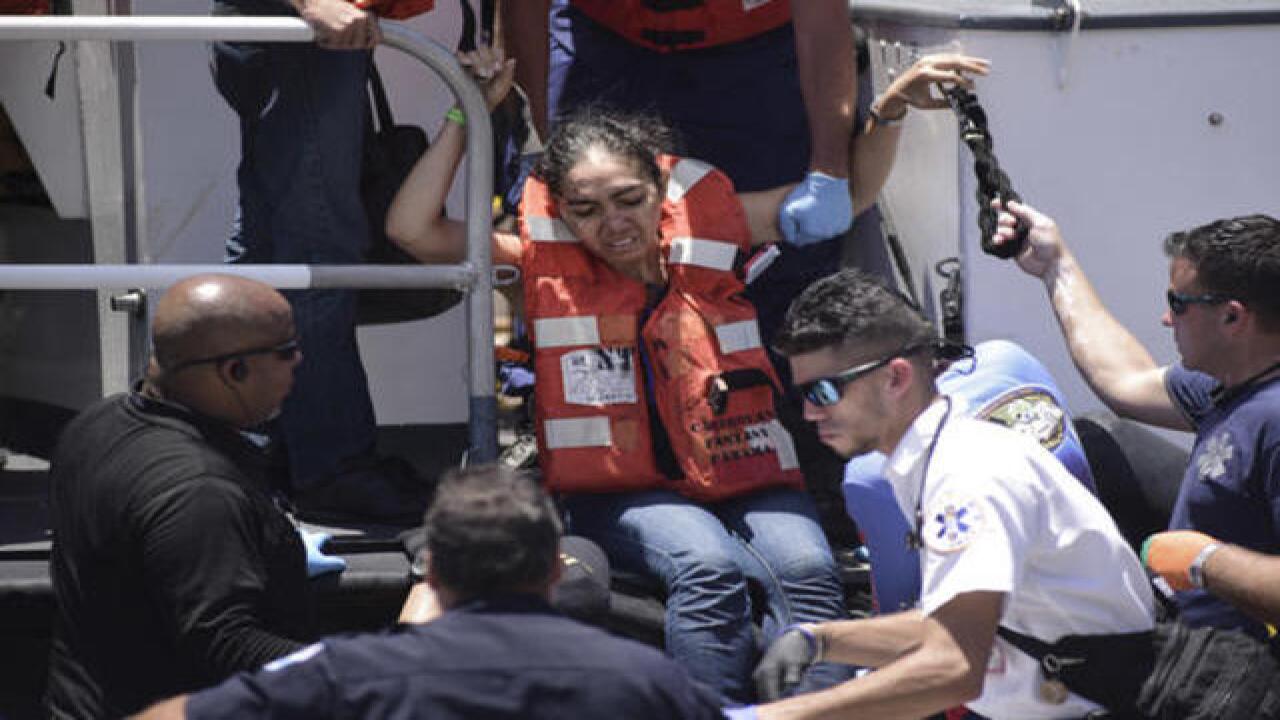 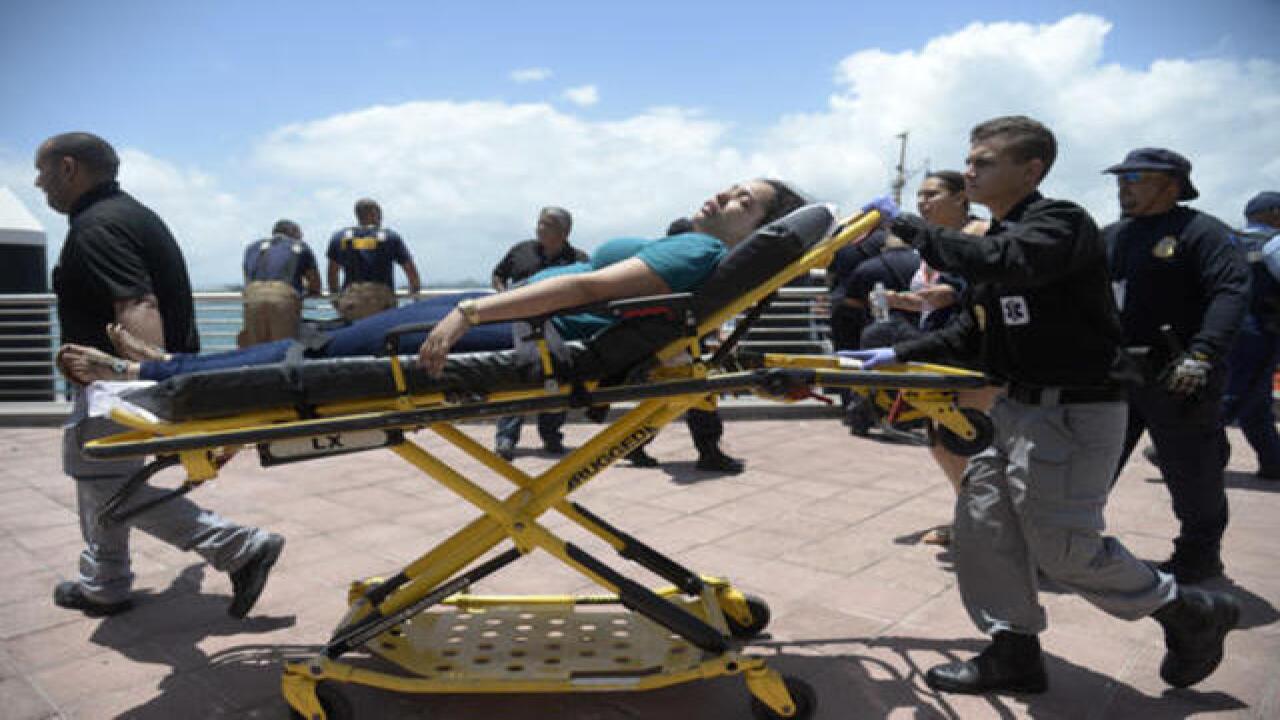 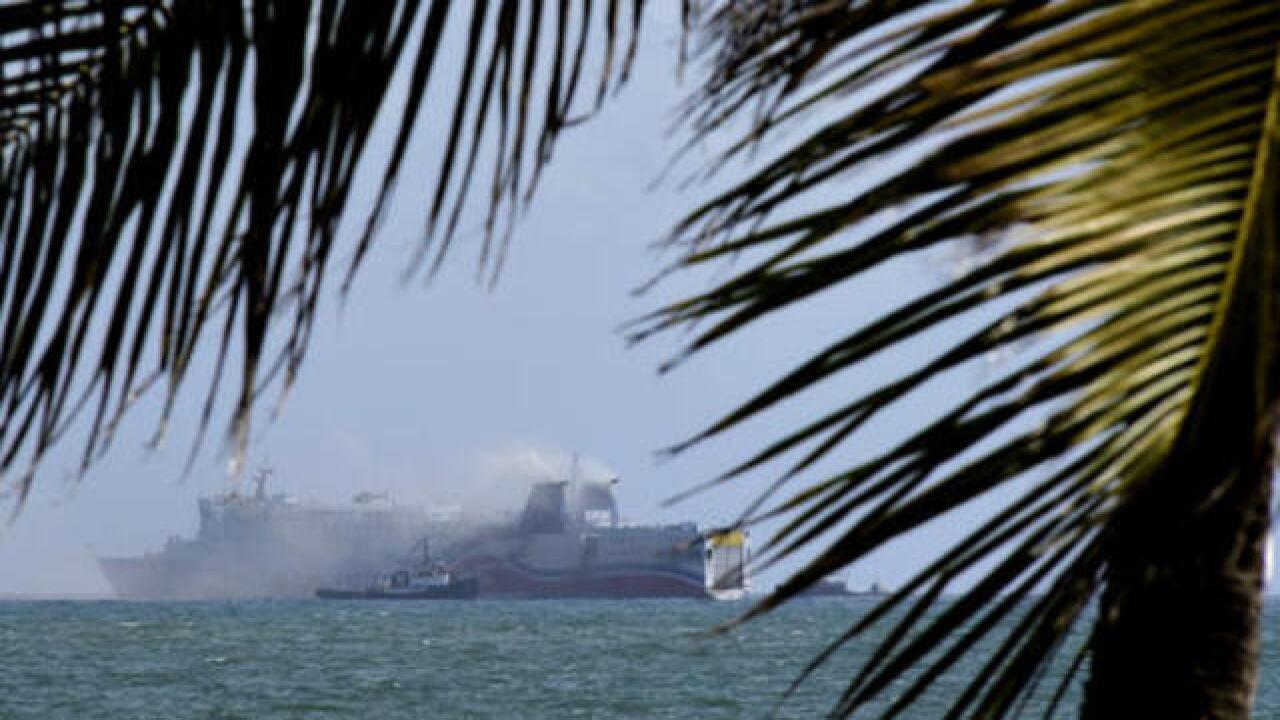 More than 500 passengers and crew were evacuated from a burning ship about a mile off Puerto Rico's north coast on Wednesday, and many required medical care, though there were no reported fatalities or life-threatening injuries.

The fire burned as hundreds slid down emergency slides from the Caribbean Fantasy, a combination cruise and ferry ship. U.S. Coast Guard boats then carried passengers into San Juan's harbor as helicopters whirred overheard. Other agencies and even private vessels joined in the effort as firefighters were ordered to abandon the ship for their safety.

"It was like something out of a movie," said Maria Prensa, a 64-year-old Dominican passenger as she wiped away tears. "You panic when you see that. You're in the middle of the ocean and there's a fire. Imagine that."

The mostly Dominican passengers included dozens of school-age athletes headed to competitions in Puerto Rico, including a cycling team, a girls' volleyball team and a boys' baseball team. The ship runs several times weekly between Puerto Rico and the Dominican Republic.

The fire erupted in the engine room and apparently had been burning for some time before the alarm was sounded.

Gyno Funes told The Associated Press that he was one of two mechanics in the control room when a hose carrying fuel burst open and caught fire.

"We were trying to extinguish it for two hours, but couldn't," the other mechanic, Marlon Doblado, said after the two reached shore.

Prensa said she was collecting her luggage when she smelled smoke. "I asked and they told me it was nothing, that it was under control," she said.

Officials with American Cruise Ferries, which operates the Panamanian-flagged ship built in 1989, did not return messages for comment about the fire.

Ricardo Castrodad, a Coast Guard spokesman, said the agency had started its investigation into the fire, although it was too early to say what would happen to the ship, which remained grounded.

A ProPublica investigation found that the U.S. Coast Guard had discovered 107 deficiencies during 61 inspections of the ship since 2010. The most recent inspections found no major faults, but a January 2015 inspection stated that oil fuel lines should be screened or protected in some way to avoid any spray or leakage onto ignition sources.

Crespo said 105 people were treated at the scene, mostly for heat stroke, shock and dehydration, and 24 others had been hospitalized. Among these were three women who dislocated their ankles and a man who broke his leg while going down the emergency slide, he said. None of the injuries were serious, and everyone was expected to recover, he said.

On the docks, several dozen people were carried in on stretchers, one of which held a man hooked to an IV line who was cradling a bawling baby clad only in a diaper.

The injured were followed by a small group of children who held hands as they disembarked from Coast Guard boats. Passengers were still arriving more than five hours after the fire was reported.

Passengers found to be in good health were loaded onto city buses to be taken to the ship's original destination, where they went through customs.

They included Fiordalise Pitchard, who traveled to Puerto Rico on vacation.

"I feel nervous," she said, her hands trembling. "I was in the restaurant when I saw the smoke. I'm giving all the glory to the Lord today."

Anguished relatives of passengers, including Hilda Pereira, pushed their way onto the scene. Her daughter, whom she has not seen for 14 years, was aboard the ship.

Pereira said she was at the beauty salon when her sister called to notify her. "She said, 'You need to be strong. The ferry has caught on fire."