North Korea 'really angry' at US as tensions rise 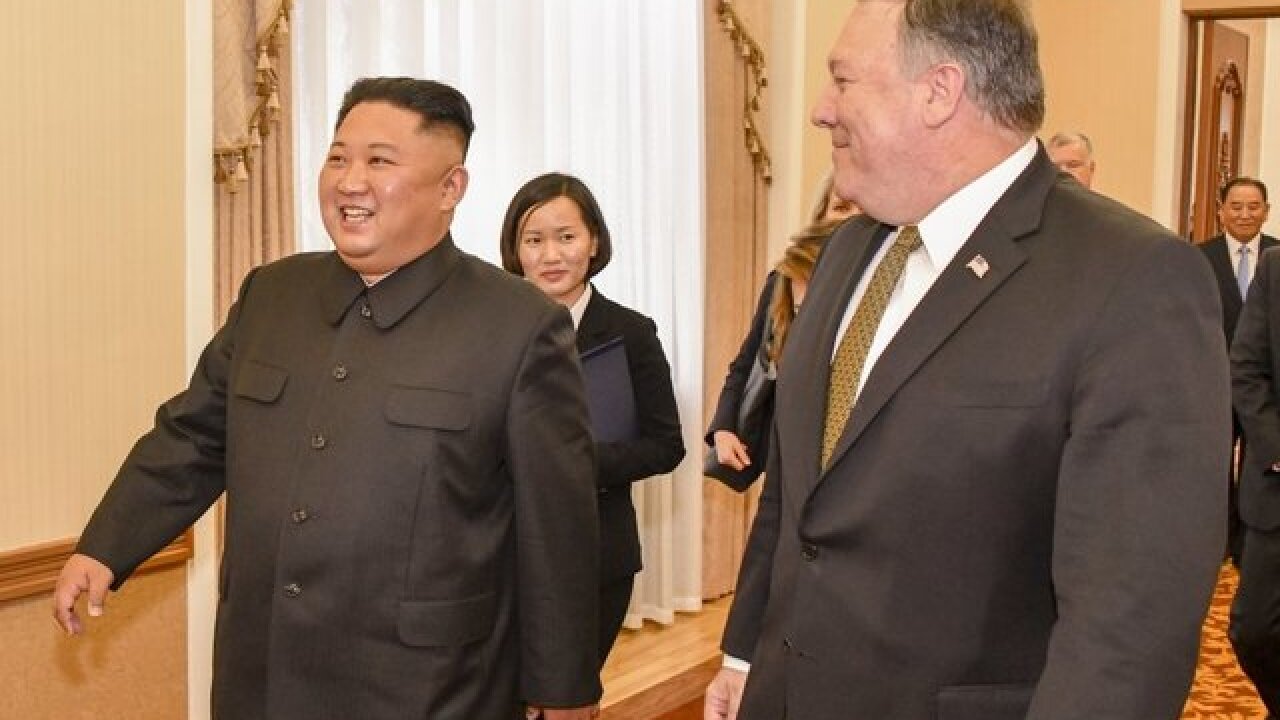 North Korea is getting increasingly angry at the US, as talks are deadlocked and tensions between the two countries are on the rise, a source familiar with the discussions told CNN.

US and foreign sources close to the talks paint a picture that's starkly different from the image President Donald Trump sought to convey Wednesday, when he told reporters the administration is "very happy with how it's going with North Korea. We think it's going fine."

Trump had been asked about the administration's announcement, in the middle of the night as Tuesday's midterm elections results were coming in, that Secretary of State Mike Pompeo's Thursday meeting with a key aide to North Korean leader Kim Jong Un had been postponed.

But US military officials, foreign diplomats and sources familiar with developments say the two sides are locked in a standoff over who will make concessions first, that the Democratic People's Republic of Korea is "really angry" about the US refusal to offer sanctions relief and that personal friction between US and North Korean negotiators may be slowing progress.

"It doesn't bode well for the negotiations, which were already not proceeding well," said Bruce Klingner, a senior fellow at the Heritage Foundation.

A former CIA deputy division chief for Korea, Klingner pointed to North Korea's recent threat to restart "building up nuclear forces" if the US didn't ease sanctions, the fact that Pyongyang has yet to meet Pompeo's Special Representative for North Korea, Stephen Biegun, and that the two countries still haven't agreed on the definition of basic terms such as "denuclearlization" -- five months after Trump's historic summit with Kim.

A source familiar with the ongoing dance between officials in Washington and Pyongyang said that North Korea is "getting really angry" over the lack of any offer of sanctions relief from the US and that their stance is that the US "must make a move before we make the next one."

North Korea's state media outlet KCNA said November 2: "We gave all things possible to the US, things it hardly deserves, by taking proactive and good-will measures, what remains to be done is the US corresponding reply. Unless there is any reply, the DPRK will not move even 1 mm, how costly it may be."

The US has suspended and canceled military exercises with South Korea in the interests of diplomacy. And Chairman of the Joint Chiefs of Staff General Joseph Dunford hinted Monday that if there's progress in US-North Korea talks, it could lead to a potential change in the US military presence on the Korean peninsula, where 28,500 troops are currently stationed -- a long-held goal for Pyongyang.

"Frankly the more successful we are on the diplomatic track the more uncomfortable we'll be in the military space," Dunford said at an event at Duke University, "because over time, this negotiation will take a form where we're going to have to start making some changes to the military posture on the peninsula and we're prepared to do that in support of Secretary Pompeo."

CNN military and diplomatic analyst John Kirby noted that Dunford "tried to reflect the basic fact that US military force posture on the peninsula is both a cause of the tension and a result. It is necessary because it's necessary, not just because it's always been there."

"As such, the military plays a key role in the diplomatic process, as bulwark and as bargaining chip," Kirby noted. "Had Dunford not admitted some sort of change in force posture might ensue from successful talks, he might have condemned those very talks to failure."

While North Korea claims that it has taken some steps toward denuclearization, experts say those moves are largely cosmetic and easily reversible. Kim's regime has shuttered a missile engine testing facility; destroyed the entrances to its nuclear test site; and promised to close the Yongbyon nuclear facility, where North Korea is believed to produce fissile material for nuclear weapons, if Washington takes what it calls "corresponding measures."

"There has been a move away from past administrations' approach to North Korea in terms of 'we will give you a little here if you give us a little there' ... kind of a tit-for-tat piece ... we haven't seen that work in the past, so the President is insistent on holding the full pressure campaign until he gets the full denuclearization," a US official told CNN.
The official added that one of the concerns right now is that making sure the rest of the world, and particularly South Korea, maintain full pressure on Pyongyang. "I think it is a concern that South Korea gets ahead of that," the official said.

It's a problem, not just because Trump's summit with Kim opened the door for other world leaders to meet with the North Koreans, eroding Pyongyang's diplomatic isolation, but South Korea, along with China and Russia, have been pushing for the US to ease sanctions on the DPRK.

In the meantime, Pyongyang's threats over the weekend to restart its nuclear program have also increased tensions, according to the sources familiar with the exchanges between the US and North Korea. They also say that personal friction between negotiators has been a problem.

The US side sees the North Korean general charged with leading negotiations, Kim Yong Chol, as "difficult and old-fashioned" in negotiations and would prefer‎ to work with someone else.

A US defense official told CNN that part of the problem is that in the US view, Kim Yong Chol remains a hardliner and may be increasingly difficult for the US to deal with.

Pressed by reporters whether talks with Pyongyang had reached an impasse over differing demands from both Washington and Pyongyang, Palladino said the talks were in "a pretty good place" and scheduling of meetings would not be driven by "artificial timelines," and the two sides "will continue to make progress."

The deputy spokesman said the State Department was confident that inspectors would be allowed to examine North Korea's nuclear facilities.

Two other senior US defense officials say Washington's assessment remains that Kim is still aiming for denuclearization, but some of the slow roll is due to his need to bring his own "elites" into line.

These officials say this has continued to be an issue for the North Korean leader, which may account for Trump's public patience. The officials also say North Korea is likely to make some initial denuclearization declarations that won't be accurate or truthful, but the US thinks it can work around that.

Trump also said he would meet with Kim "sometime next year, sometime early next year" and said Pompeo's trip schedule had changed because "of trips that are being made. We're going to make it on another date." Neither the National Security Council nor the State Department was able to offer an explanation for the other trips Trump referred to.