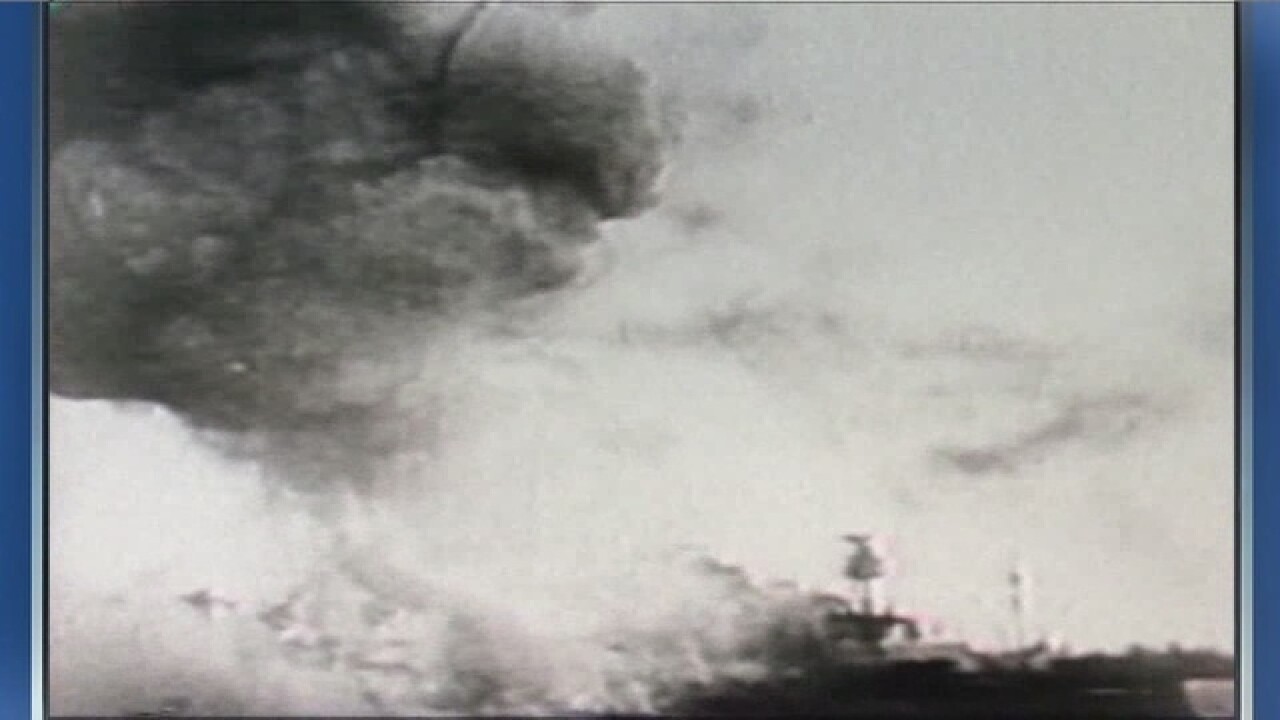 74 years ago, Jack Fickel of Parma Heights was having breakfast at the Schofield Barracks Army base in Hawaii when he heard the planes overhead.

"One of the guys said 'hey look at that plane with that big red ball on it,'" recalled Fickel.

"Another guy said, 'That's the Japanese,' then boom, the bombs hit the ground," he said before observances marking the anniversary Monday at the U.S.S. Cod in Cleveland. "Then we got out of there in a hurry. It was basically a blur, everything happening all at once."

It was the event President Franklin Roosevelt called "a day which will live in infamy."

On Dec. 7, 1941, Japan launched a surprise attack on Pearl Harbor. Their target was the Navy's pacific fleet.

More than 2,400 Americans were killed.

On hand were a group of school kids visiting the submarine which was built in the months following the attack and went on to see battle in the South Pacific. Fickel, one of the last remaining local living survivors of the attack was happy to share his story.

"You say I'm a Pearl Harbor survivor, I was there when it was bombed, they don't what I'm talking about," he said.

Ohio Governor John Kasich ordered all flags to be flown at half-staff Monday to honor the lives lost.