Scenes from a night of unrest in the United States 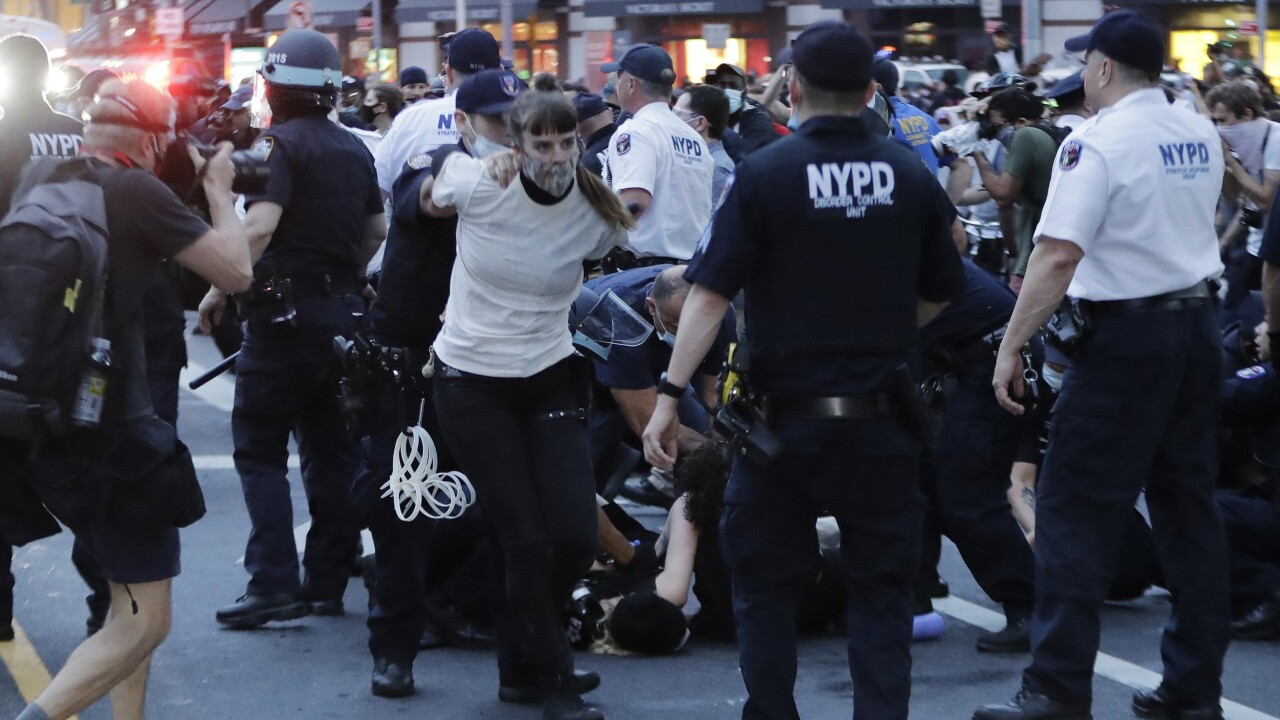 Copyright 2020 The Associated Press. All rights reserved.
Frank Franklin II/AP
Police arrest protesters during a rally at the Barclays Center over the death of George Floyd, a black man who was in police custody in Minneapolis Friday, May 29, 2020, in the Brooklyn borough of New York. Floyd died after being restrained by Minneapolis police officers on Memorial Day. (AP Photo/Frank Franklin II)

In response to the death of George Floyd, protests transpired in most major US cities on Friday, often becoming violent.

In some cities, police took a more hands-off approach with protesters, allowing demonstrators to march and shut down streets. In other locales, protests developed into tense standoffs between demonstrators and law enforcement.

Protesters were clear, “No Justice, No Peace.” Peace was hard to come by in many US cities.

Some of the most visible damage from Friday’s protests were from Atlanta, where multiple fires were set as a number of major tourist attractions were damaged.

The CNN Center, home to the major cable news network, was the site of a major standoff between police and protesters. A police car was set on fire in front of the building. The standoff played out on national TV, with a reporter nearly being struck by a firework while standing near the façade of the CNN Center.

There was also significant damage to the College Football Hall of Fame.

Before Floyd’s death, unrest in Louisville, Kentucky, has been a common occurrence due to the death of Breonna Taylor, who died in March when police conducted a “no-knock” raid on her apartment. When Taylor’s boyfriend mistook the police for intruders, he allegedly fired on police, which prompted police to fire back, killing Taylor.

On Thursday, seven protesters were shot.

A tense scene played out in front of the White House as several hundred protesters clashed with Secret Service agents as demonstrators were attempting to reach the White House grounds. The protests caused the White House to undergo a lockdown for part of the evening.

Minneapolis, the city where Floyd was killed, remained in a state of unrest on Friday with hundreds of National Guard troops in place across the city.

The city issued a mandatory 8 p.m. CT curfew, but as of 10:45 local time, thousands of protesters remained on the streets.