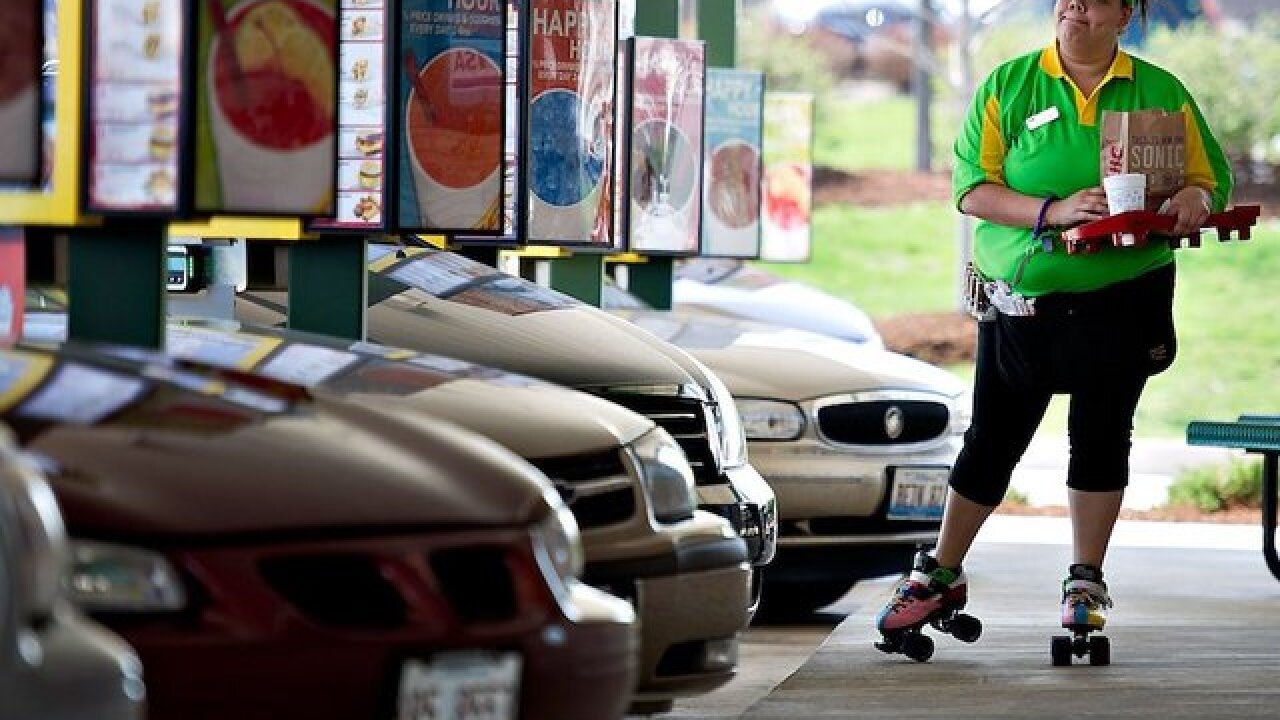 Arby's likes to boast in its TV commercials that it has "the meats."

Well, Arby's owner is about to get beefier: It's buying hamburger joint Sonic for $2.3 billion.

Inspire Brands, a private equity backed firm that owns Arby's and Buffalo Wild Wings, is paying nearly 20 percent more for Sonic than what shares were trading at on Monday.

But the company has been hit by tough competition from the likes of McDonald's, Burger King and Wendy's. Sonic's sales at locations open at least a year have been declining for the past few quarters.

Inspire, which also owns Rusty Taco, said that nothing major will change at Sonic though. The chain, which has more than 3,600 locations, will be operated as an independent brand.

The deal is the latest in what's been a rapidly changing landscape for the fast food and casual restaurants. Struggling chains have decided to sell out or merge to become more competitive.

There has also been speculation that struggling pizza chain Papa John's could be vulnerable to a takeover.