The story behind a viral photo of an elderly couple crying 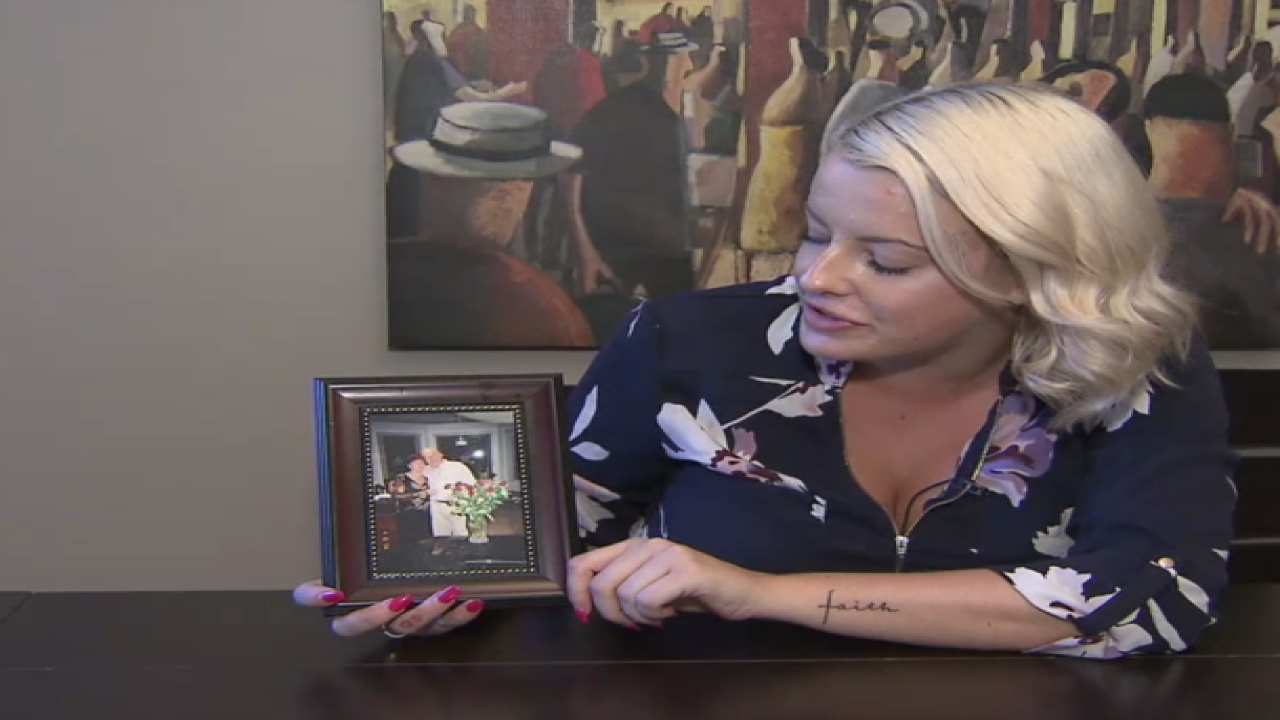 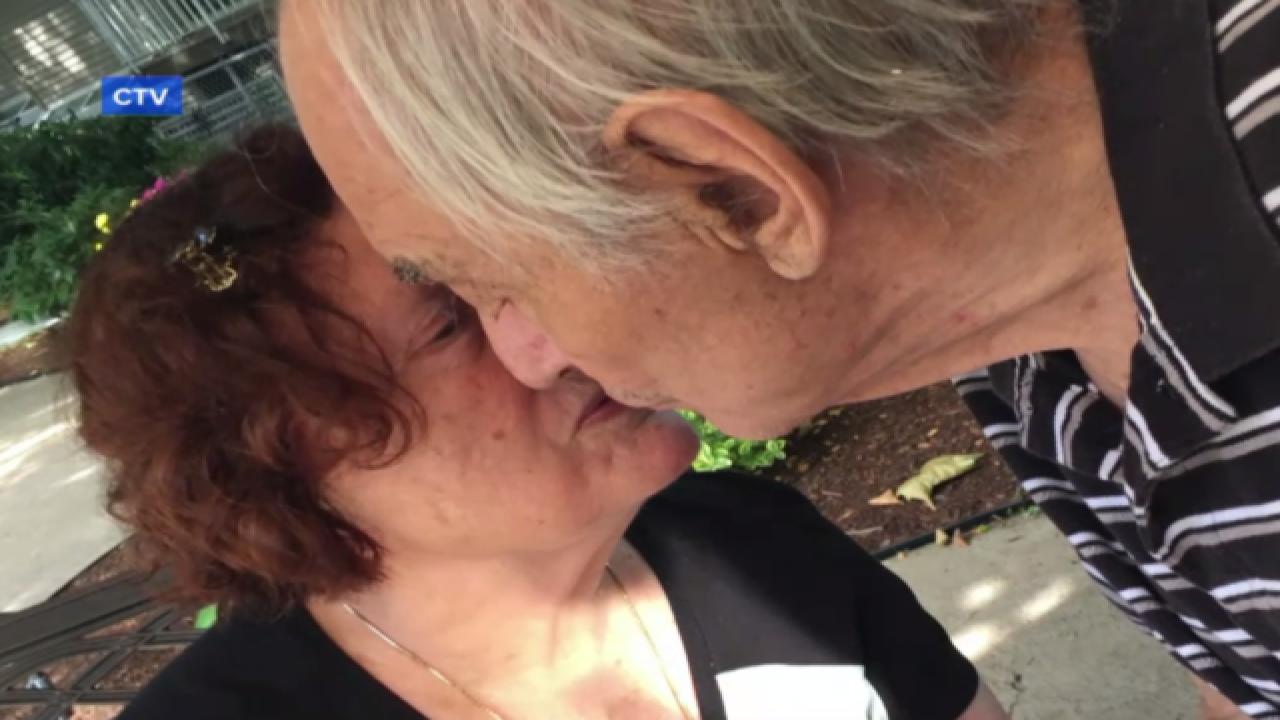 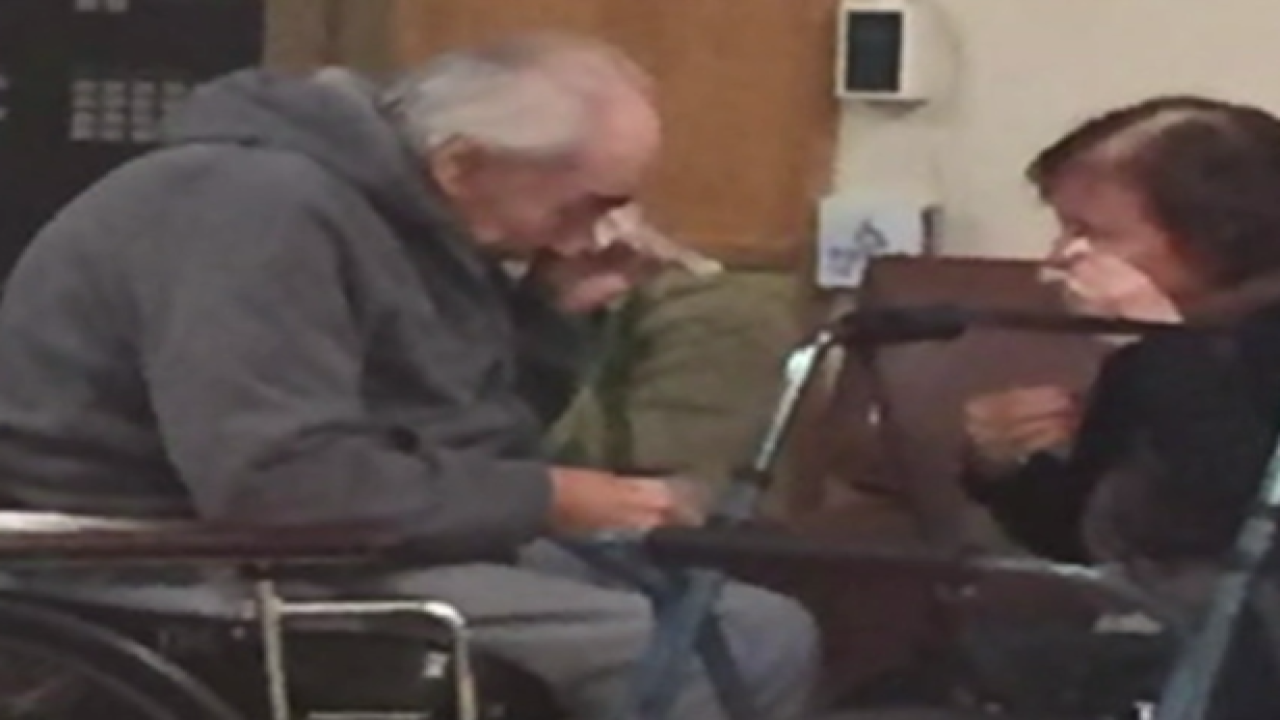 An elderly couple from the town of Surrey in British Columbia, Canada, was recently photographed crying after apparently being moved to separate nursing homes a few months ago.

The emotional photo was taken Monday during a visit between the couple. Ashley Bartyik, the couple's granddaughter, told ABC News today she's worried that their "heartbreak and the stress could literally kill them."

"This is the saddest photo I have ever taken," Bartyik, 29, wrote in the photo's caption. It has been shared nearly 3,000 times on Facebook.

She explained that after 62 years of marriage, her grandparents have been separated for eight months "due to backlogs and delays by our heath care system."

Bartyik said her grandpa, 83-year-old Wolfram Gottschalk, was first put in an assisted living home in January after he suffered health complications from dementia that made it impossible for her family to take care of him at home.

Four months later, her grandmother -- 81-year-old Anita Gottschalk -- also had to enter assisted living, but she was put in a different home than Wolfram, Bartyik said.

Since then, Wolfram has been put on a waiting list to be able to move in with Anita, she added.

For now, Bartyik and her parents try to drive Anita to Wolfram's center at least every two days, so they can see each other, "even if for only a little bit."

She said the photo of her grandparents’ crying was taken during a recent visit.

"They're heartbroken, they cry every time they see each other," Bartyik said. "In addition to the dementia, we recently learned my grandfather also has cancer now. My grandma needs to be able to spend these last few days with him, not worried about when the next time she'll see him is."

A spokeswoman for Fraser Health Authority, which manages the assisted living residences in the area, said it has been working to get the couple together but space is unavailable.

"We certainly understand how heartbreaking this is for the family," spokeswoman Tasleem Juma told ABC News partner CTV News. "It’s upsetting for us as well."

Juma added that Fraser Health would "continue to work to reunite this couple and hope to do so in the next few weeks."

Meanwhile, Bartyik said she and her family will continue trying to get her grandparents back together.

"They've been together since they got married in 1954," she said. "They're completely infatuated with each other and have been together in sickness and health. They deserve to stay together."