Trump to Bloomberg: Sessions' job is safe until at least November elections 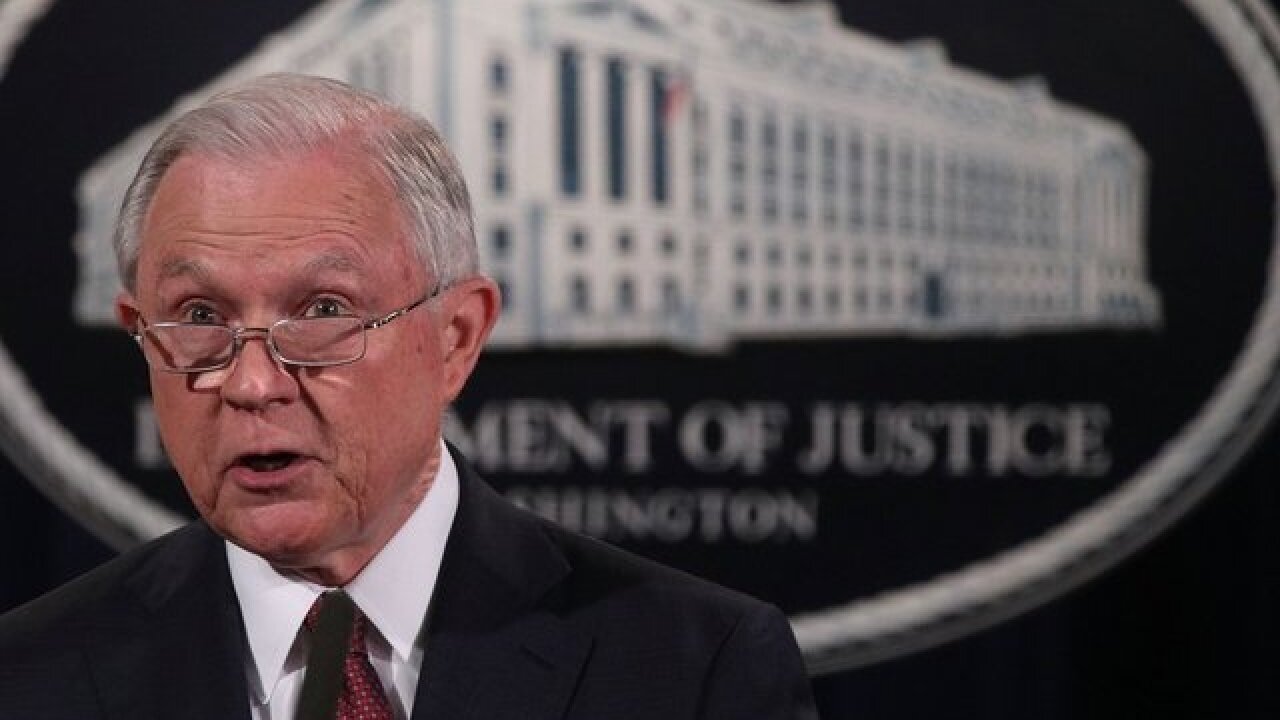 President Donald Trump said on Thursday his maligned attorney general is safe in his job at least until November.

Trump made the comment in an interview with Bloomberg News.

"I just would love to have him do a great job," Bloomberg quoted Trump as saying in the Oval Office.

Trump has raged against Jeff Sessions since his decision to recuse himself from Russia-related matters last year. Sessions was the first Republican senator to endorse Trump as a presidential contender.

Speculation that Trump may soon dismiss Sessions has increased in recent days as the two men trade snipes.

Meanwhile, Republican senators have shown new openness to a new attorney general. But they have pressured Trump to wait until after the midterm elections in November. Bloomberg said Trump declined to comment when asked if he would keep Sessions past then.

He told the news service he considers special counsel Robert Mueller's investigation to be an "illegal."

Asked if he would comply with a subpoena from Mueller, Trump said, "I'll see what happens" and added: "I view it differently. I view it as an illegal investigation."

He told Bloomberg "great scholars" have said "there never should have been a special counsel."