Ohio Department of Rehabilitation and Correction's website, along with other government sites hacked 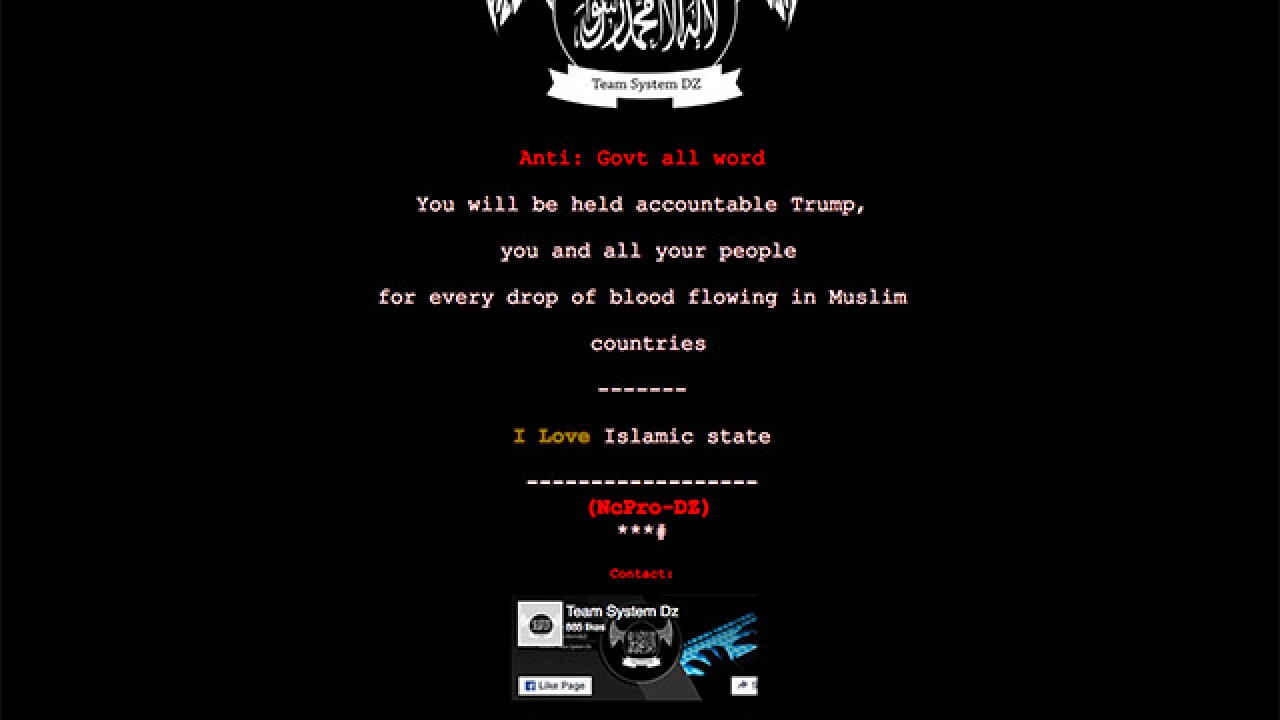 A number of Ohio government websites were hacked Sunday with a message that purported to be supportive of the Islamic State terrorist group.

The Ohio Department of Rehabilitation and Correction's website was among those hit.

The website had the message, "You will be held accountable Trump, you and all your people for every drop of blood flowing in Muslim countries." The page also displayed the message "I love Islamic State," and displayed the shahadah, also known as the Islamic Creed.

According to the Facebook page of Team System Dz, other sites that were hacked include:

Team System Dz—the group that apparently hacked the sites—claimed responsibility for hacking other websites in the past.

In 2015, the Dayton City Paper was hacked by the same group.

The Ohio Department of Administrative Services released the following statement after the hacks:

"State of Ohio IT staff are working to restore the computer systems that were impacted today.  All affected servers have been taken offline and we are investigating how these hackers were able to deface these websites. We also are working with law enforcement to better understand what happened.”