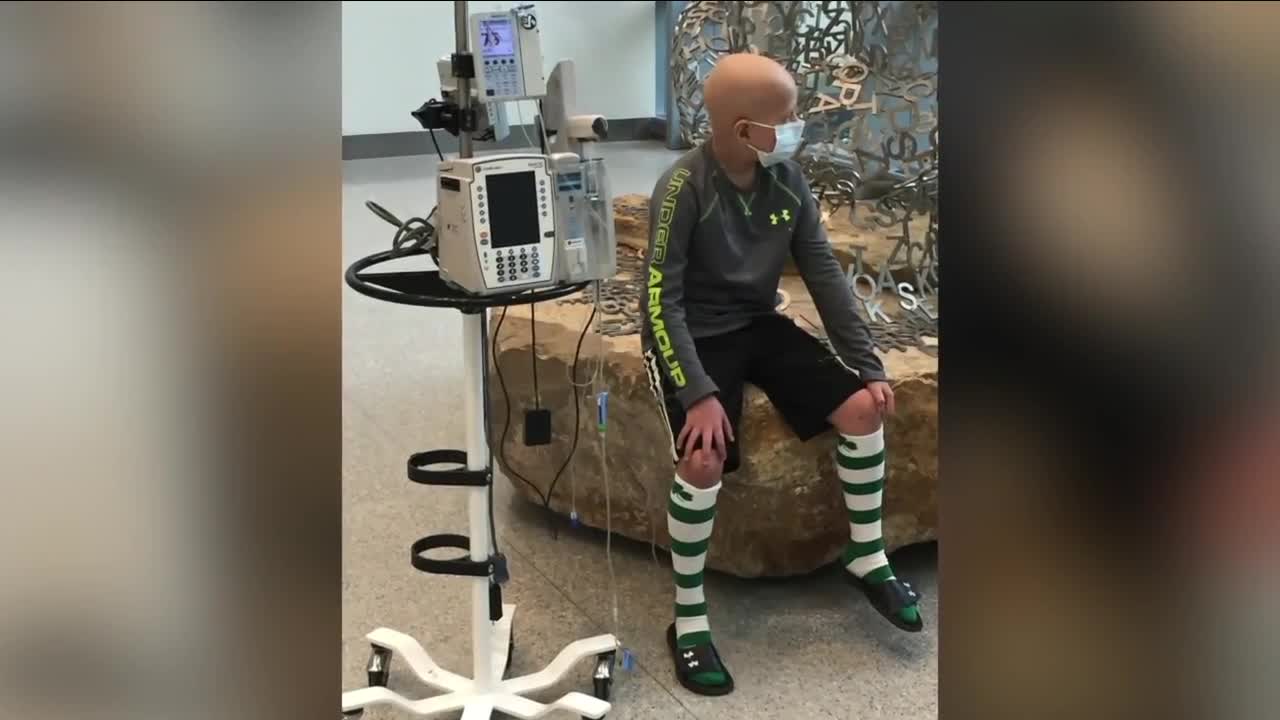 “Cancer” is a diagnosis no one ever wants to hear, but especially a parent. Though, it’s reality for around 16,000 kids every year in the United States. 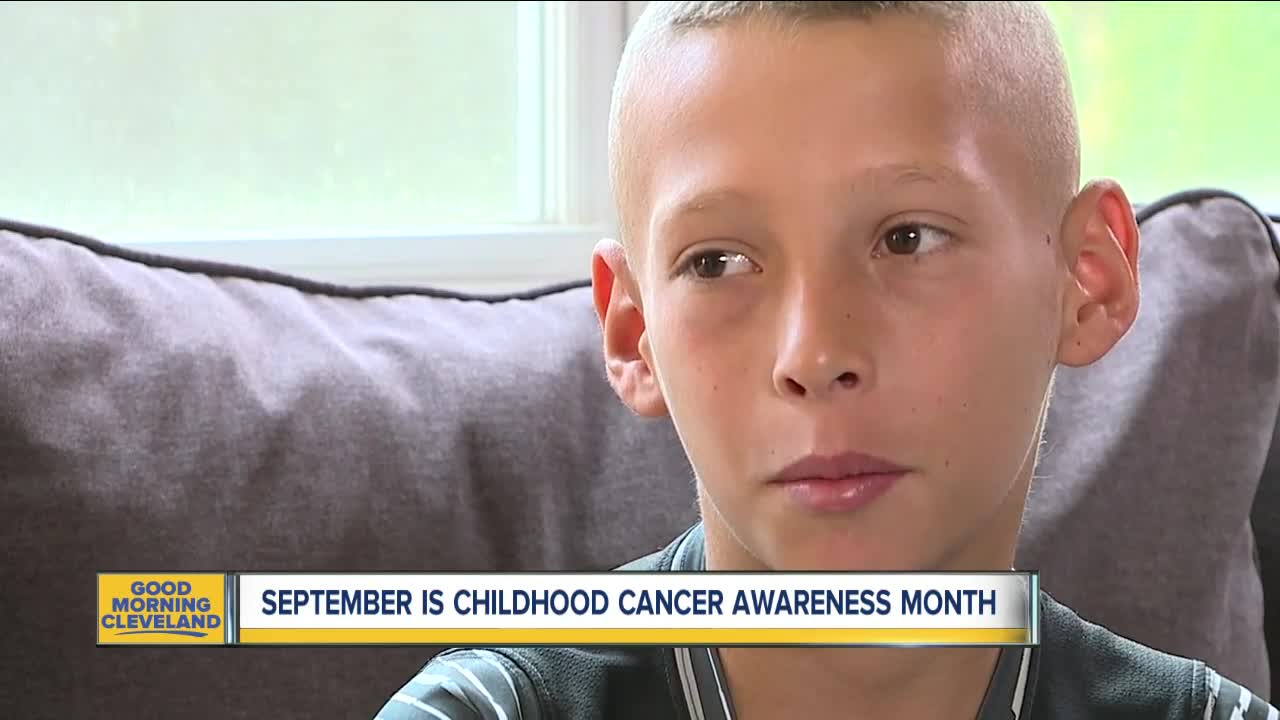 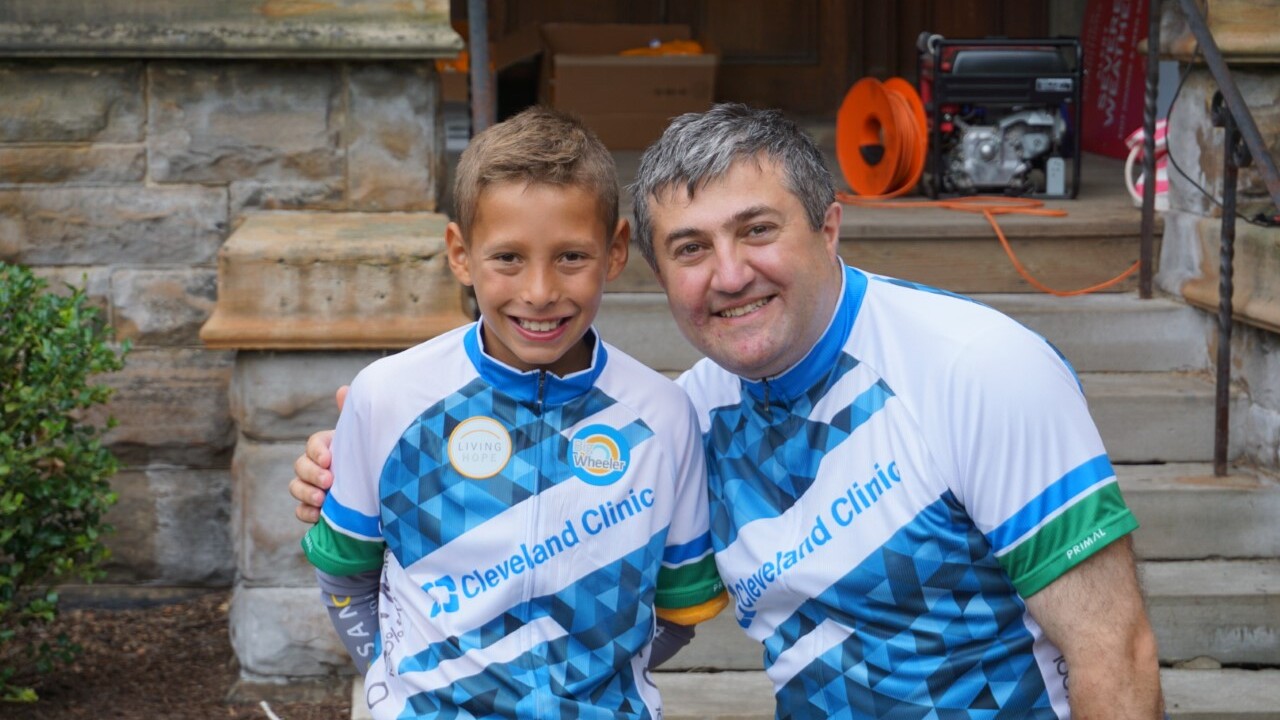 OLMSTED FALLS, Ohio — “Cancer” is a diagnosis no one ever wants to hear, but especially a parent. Though, it’s a reality for around 16,000 kids every year in the United States.

September is Childhood Cancer Awareness month, and for 12-year-old Owen Timura from Olmsted Falls, this month hits close to home.

Just looking at Owen play basketball in his driveway, you would never suspect that just years ago he was in the fight of his life.

“In the fall of 2015 he came to us and said ‘I have this lump on my stomach,’” said Wren Timura, Owen’s mom. “We looked at it and thought it might be a sports injury.”

Doctors originally brushed it off, too. They believed it was an infected hair follicle, but the lump kept growing. Doctors advised getting a short, 45-minute procedure to remove it.

“When they opened him up, they could tell that it didn’t look right,” said Timura. “They, obviously, knew that it was cancer.”

“This is really the hardest to treat and it requires the most intensive chemotherapy,” said Dr. Ilia Buhtoiarov, a pediatric oncologist with the Clinic and Owen’s doctor.

The, then, 8-year-old needed 6 months of chemotherapy.

“Scared is definitely a word to describe it,” said Timura. “You wake up everyday just wondering if this is really happening.”

“When you see, not only, is nothing growing, but it's gone on the scan… It's always a privilege to review those scans on the screen,” said Buhtoiarov.

Owen understood the importance of those reviews.

“It felt good because I didn't have to go in the hospital anymore,” he said.

But his story didn’t end there. Shortly after he went into remission, he found a passion raising money for cancer awareness.”

“I don't want to see other kids or adults like me be in the hospital,” said Owen.

In the past 3 years, Owen and his family have raised over 25,000$ for cancer research.

The money going towards Velasano. It’s a Cleveland Clinic, year-round fundraiser dedicated to researching a cure. It all comes together with in the summer with a ‘Bike to Cure’ weekend.

“He is one of the most prominent fundraisers that we had in the entire Cleveland Clinic and, again, we are talking about a 12-year-old child who could easily spend all his time doing what he likes doing,” said Buhtoiarov.

But spreading awareness and raising funds is what Owen likes doing.

“I want to keep raising,” he said.

Because, for awhile, it wasn’t clear if he’d get to keep taking shots at life.

“It's important for him, and for us, to keep raising money and keep the awareness there,” said his mom. “I keep sharing his story because he is a pretty, big success story.”

Most of the money is raised through social media.