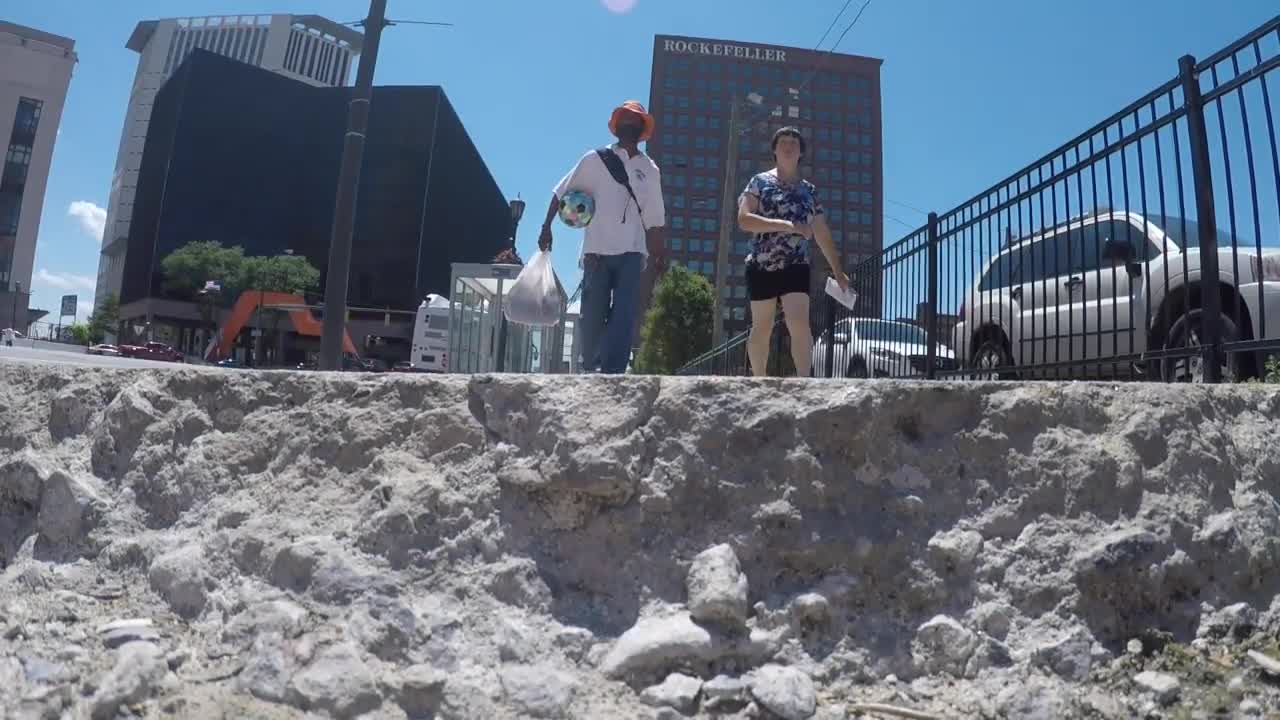 While Cleveland welcomes in thousands of tourists for Major League Baseball's All-Star Game, it seems to still be figuring out how to fix uneven and crumbling sidewalks in the middle of downtown. 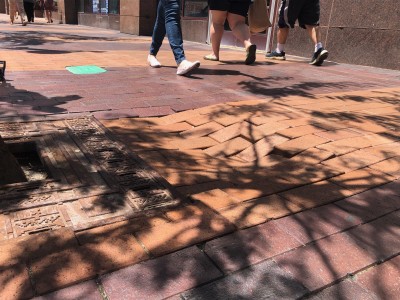 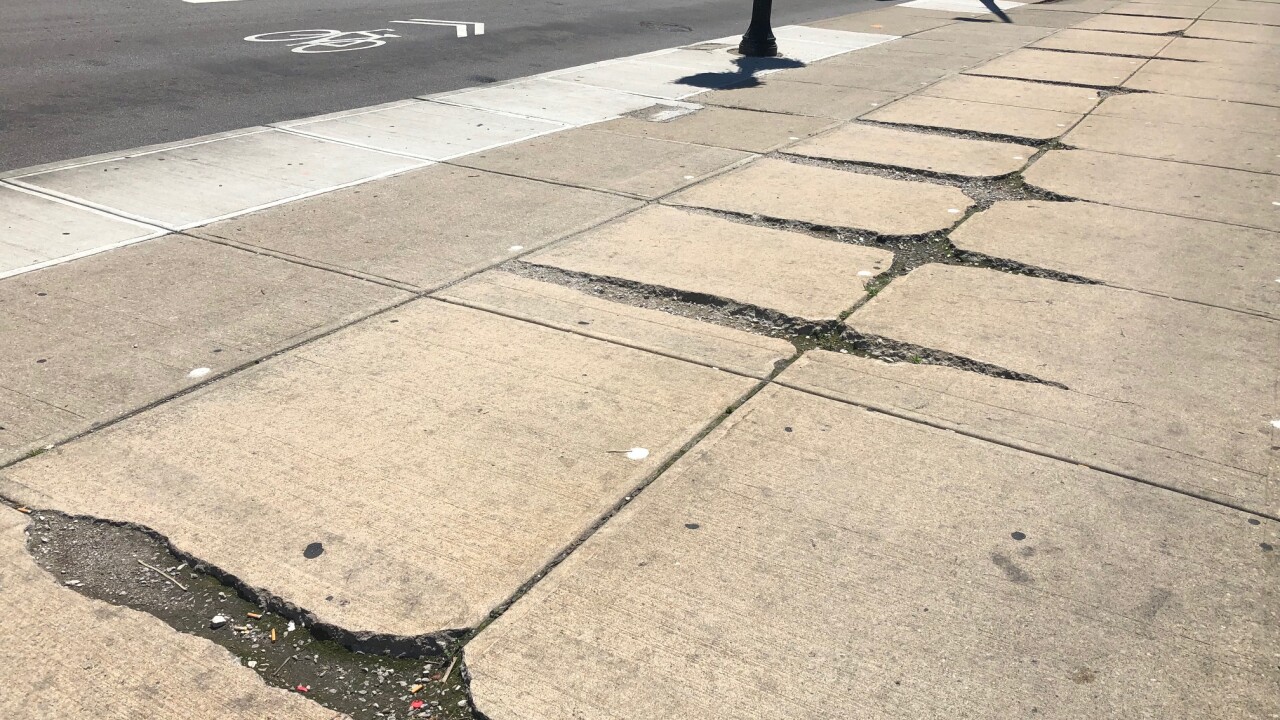 CLEVELAND — While Cleveland welcomes in thousands of tourists for Major League Baseball's All-Star Game, it seems to still be figuring out how to fix uneven and crumbling sidewalks in the middle of downtown.

On Euclid Avenue, big holes caused by uneven brick are filled with cones to keep people like Allison Francis from twisting an ankle.

"It doesn't look good for one," said Francis. "I just want to be able to look up and enjoy but I can't trust the sidewalk."

Across Public Square, Michael's hot dog stand gives him the perfect vantage point to see a different stretch of sidewalk. When News 5 spoke to him last summer, he knew it was a problem then.

"There's a lot of people that walk back and forth on these bus stops and I've seen people take nasty falls," said Michael said in June 2018.

A year later, nothing has changed.

"These should have been fixed about five, six years ago to be honest with you," said Michael in June 2019.

When News 5 told the city about the broken sidewalk along Superior Avenue in June 2018, they say they'd inspect it by the end of the summer.

These tweets given to News 5 by a viewer show the City of Cleveland's verified twitter account answering his concerns about the same stretch of sidewalk in August 2017 and again in March 2018, before News 5's story in June 2018, and nearly two years before the 2019 All-Star Game.

Per Bureau of Sidewalks: We performed an inspection of the property, which I previously referenced. They'll receive a citation sometime in the next week. They have time to appeal or respond. Worst case scenario, they are non-compliant and the matter is resolved in court.

When we asked the city what they're doing about the broken sidewalks on Euclid and Superior, a spokesperson said sidewalks are the property owner's responsibility, citing City Ordinance 505.11 Duty to Repair Sidewalks, Curbs and Gutters; Duty to Maintain Certain Sidewalks; Liability, which says, "No owner or occupant of abutting lots or lands shall fail to keep the sidewalks, curbs, and gutters in repair and free from snow, ice or any nuisance."

When we called the property owner of the lot next to the broken sidewalk on Superior, he told us he was under the impression the sidewalk is up to the city to maintain.

The city tells News 5 they're wrapping up a long review and that citations are expected to be written soon for the broken sidewalk. The city also claimed that a citation would be written in the next week in its tweet in March 2018, but neither the property owner nor the city had any record of any such citation.

The property owner tells News 5 if he had gotten any citations for the sidewalk, they'd challenge them in court because they are so confident that the sidewalk is the city's responsibility.

While the sidewalk sits unfixed, pedestrians and people like Michael are caught in the middle.

The uneven stretches along Euclid and Superior are both just blocks away from Progressive Field and the Huntington Convention Center where thousands of baseball fans will be walking around for All-Star Weekend festivities.

For Michael, that's a good enough reason to make sure the sidewalks are clear.

"Those people that go and pay good money also come and walk through here," said Michael.