As stores close, one maker says it's not time for a goodbye to greeting cards 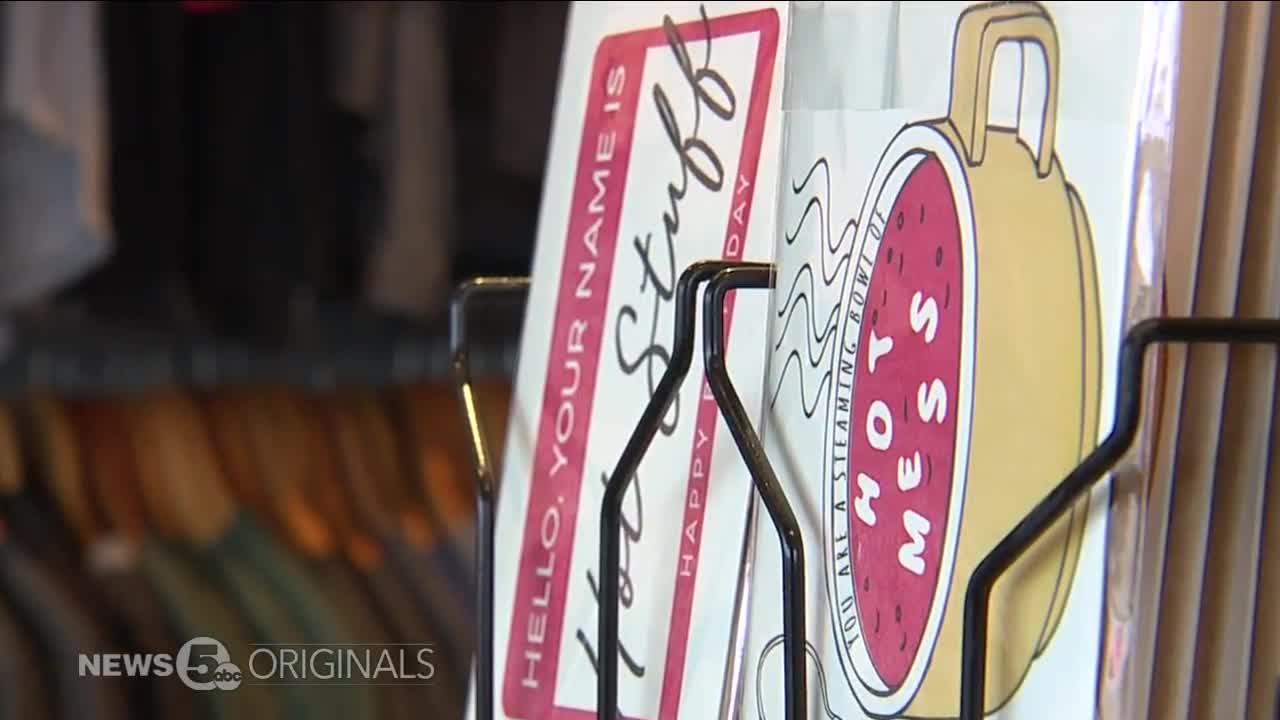 The rhythm of hand making cards can lull Jessica Bennet into a zen state. 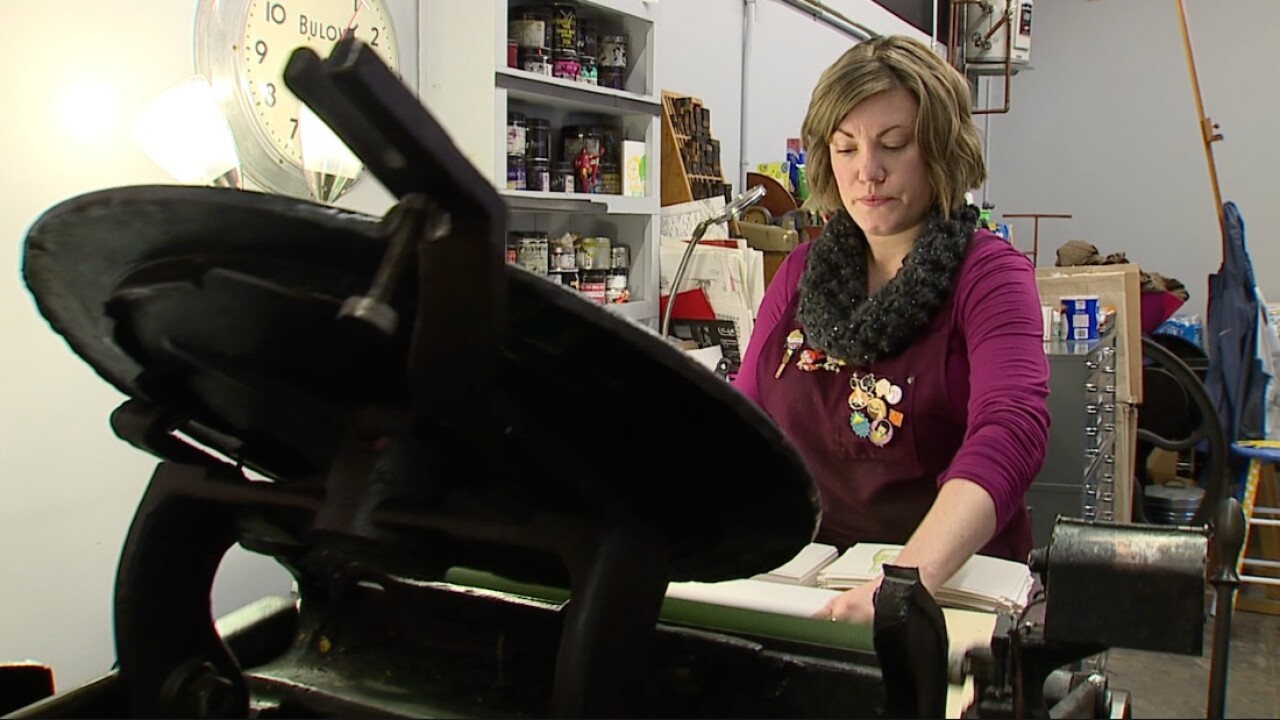 CANTON, Ohio — The rhythm of hand making cards can lull Jessica Bennet into a zen state.

The humming of the engine underscores the repetition of the process.

“It’s an arduous process. But it is a beautiful process,” she said about the work. “There’s nothing quite as handcrafted as hand feeding these sheets into the press.”

In the back of her small downtown Canton shop, Bennet can spend all day creating.

Her partner works right alongside her.

“Big Sal does all of the work and I just take all of the credit. And that’s sort of been our partnership for the last six years,” Bennet said. “She is cast-iron and weighs about 2,500 pounds. She does not like to talk about her weight.”

Big Sal is Bennet’s Chandler and Price letterpress printing press. Big Sal was made in the 1960s in Cleveland. The design is based off a model from the 1880s. The plate and rollers can only hold one mold and one color at a time.

Bennet said some of her cards will run through the machine four or five times.

“It’s an incredible piece of machinery. We do tours on First Fridays in the Arts District and people come in and crowd around her,” Bennet said.

And that, she said, is part of the appeal of shopping at a place like Bennet’s Letterpress Jess.

“One of the things that’s nice about what we do is you’re seeing me manufacturing right now,” Bennet said. “I can test a card out with a run of 50 cards and then if they don’t sell and they’re not as clever as I think they are out of the gate, I’m not out thousands of dollars. I’m able to do small runs. I’m able to make mistakes and miscalculations in my creative and test things out more nimbly.”

Bennet has been printing in the backroom of Letterpress Jess for four years. Even though she enjoys her job, she is realistic about the challenges.

“Like any industry there are challenges,” she said. “Retail is a struggle, I won’t kid you, but things have been on the uptick for us.”

She said the landscape of retail is changing; a change that benefits smalls shops like hers. During her time selling, Bennet said she see more people coming to maker fairs and family owned businesses to connect with sellers and the process.

“I think we’re seeing is a lot of new paper, gift, stationary, home decor boutiques opening up; more of an indie movement,” Bennet said. “Traditional retail is obviously shifting. Every time I turn around there’s new makers market and art markets popping up all over the region.”

And she wants to make clear, for right now, there isn’t a competition with large chains like American Greetings or Hallmark.

“I’m pretty sure they’re not aware of Letterpress Jess just, yet,” Bennet said.

The change in how consumers get their cards is impacting those big chains.

In early 2020, Schurman Retail Group (SRG), announced it was shuttering all of the Papyrus stores in the United States.

SRG is a retail customer of Ohio based American Greetings.

In a statement at the time of the announcement, SRG said the stores had to close after efforts to “realign our Papyrus and American Greetings stores to fit today’s shopping environment” failed.

News 5 reached out to American Greetings for comment about the situation, the loss of more than 1,000 jobs nationwide and what the company plans to do in the future.

A company spokesperson denied our request for an on-camera comment but sent a statement instead:

“American Greetings products are sold in over 45,000 retail locations across the country, and the company is committed to providing consumers creative and meaningful ways to socially connect. The specialty store closings of one of our retail customers, Schurman Retail Group (SRG), represents less than 1% of our Papyrus brand retail distribution footprint. American Greetings does not have ownership of any brick and mortar stores, and has had a supplier relationship with SRG since 2009. We will be working with the retailer to wind down this relationship during the first part of this year, and will continue to create products that help make the world a more thoughtful and caring place.”

After our story aired, American Greetings said they were unable to comment on the loss of jobs because it is not their company.

Bennett said the loss of jobs is upsetting but she wants customers to know it’s not time to say goodbye to the greeting card industry.

“6.5 billion. With a 'B,'” she said. “You know, with as many greeting cards as are still being sold there’s enough room for everyone. All the way down to the letterpress Jess and her small line of irreverent greetings.”

At this point, none of Bennet’s cards are sold in big box stores but she hopes to expand her staff and her footprint in the future.