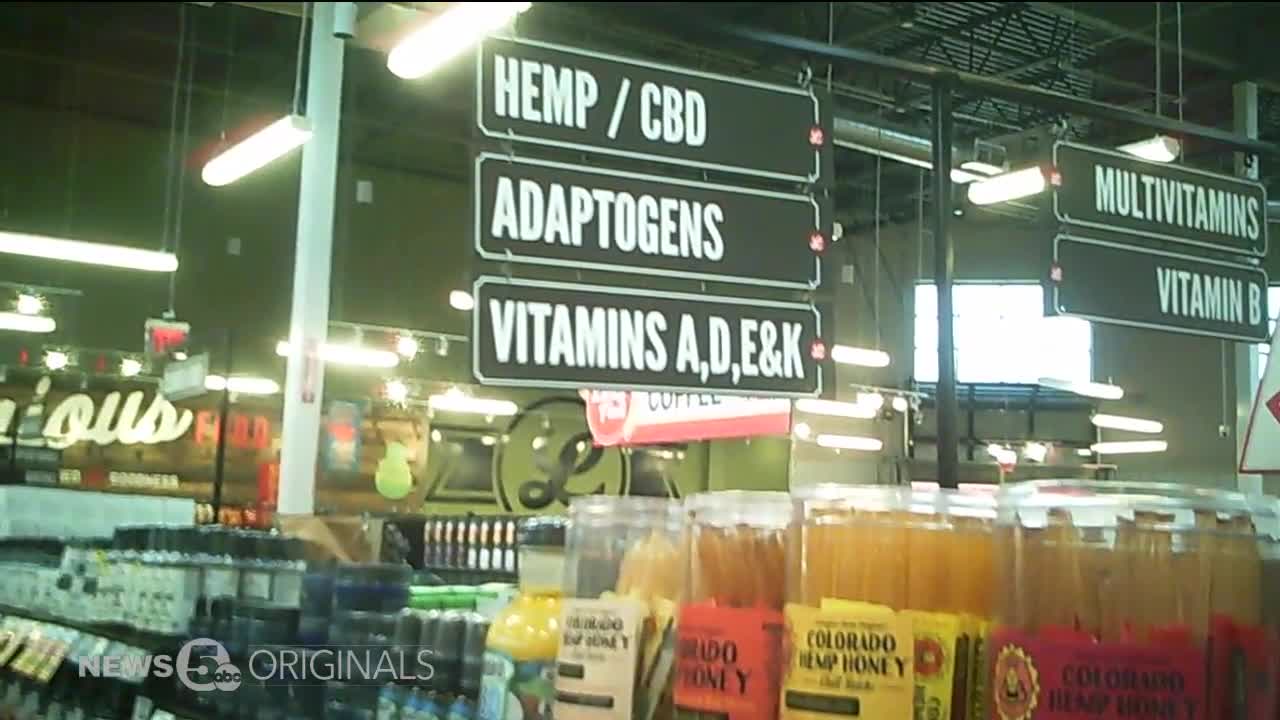 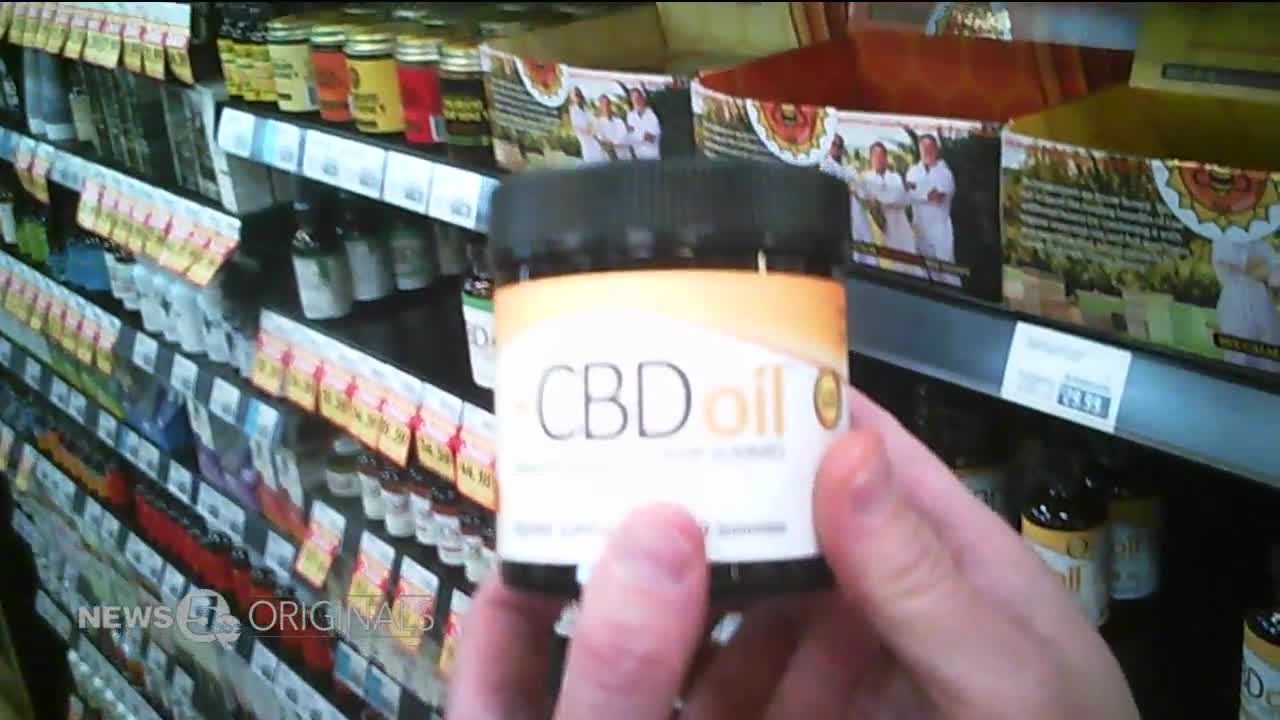 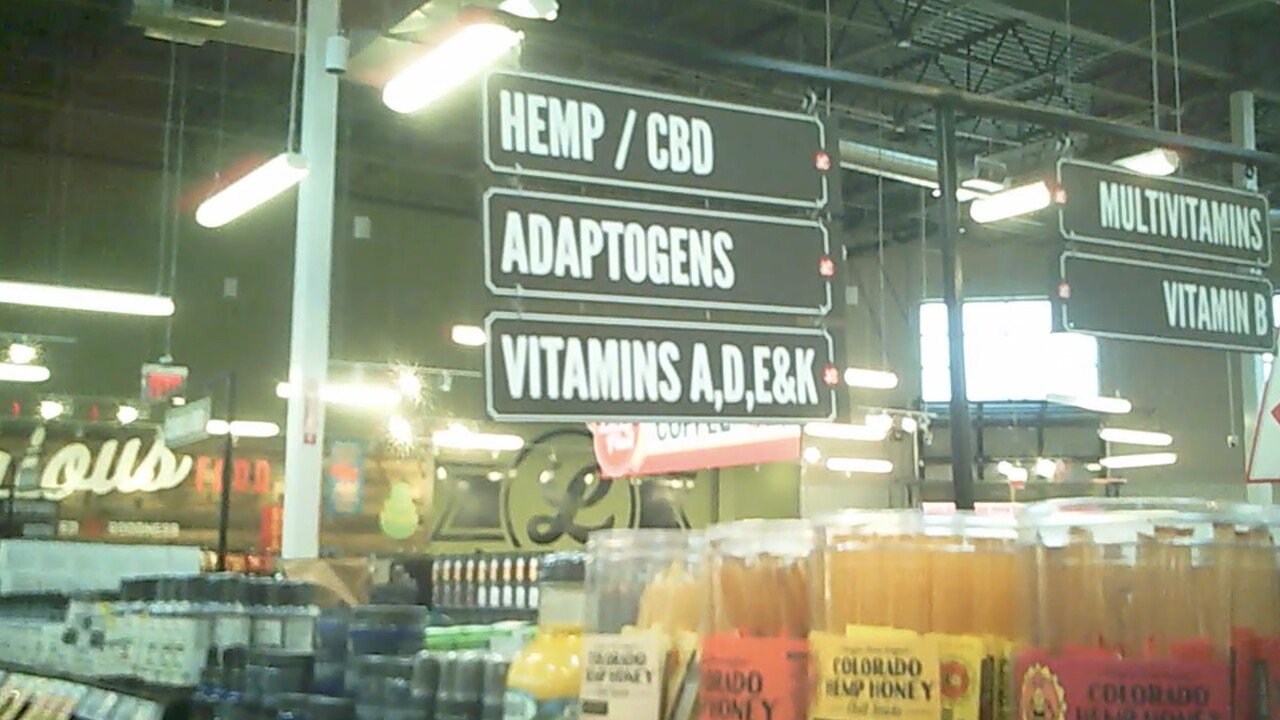 The symptoms of Crohn's Disease have left Mary Koenig looking for options to take care of the pain.

She says CBD products would help her, if she could buy them.

"I believe, from what I know, it's illegal now," said Koenig.

The Ohio Board of Pharmacy decided in August 2018 that any products with CBD in them should be only sold in the state's medical marijuana dispensaries.

That means only patients who have gotten a recommendation and approval to enter those highly secure facilities can legally buy CBD products.

News 5's hidden cameras found that's not the case at stores like Lucky's Market in Cleveland or Earth Fare in Fairview Park.

"Is that the same thing that I would get in Colorado," asked a News 5 Producer wearing a hidden camera.

News 5 found CBD products clearly marked on the shelves with an employee readily available to explain the benefits.

"I took this one this morning and I can still kind of taste it," the employee told our Producer.

"How did it make you feel," the Producer asked.

When News 5 asked Lucky's Market about their decision to sell CBD products, they said:

"At Lucky's Market, we sell a variety of hemp extract products, including products that contain cannabidiol or CBD. We believe that healthy food, supplements and natural living products should be available to all walks of life, and pride ourselves on offering choices to our customers. As we've recently seen, the regulatory landscape at the state level around the purchase, sale or possession of CBD products is continuously changing. We are currently consulting with our advisers and suppliers to understand and comply with state licensing laws."

Even though the products are illegal, the Board of Pharmacy tells News 5, "For non-licensees of the Board, we defer to local law enforcement on how they choose to enforce the sale of CBD products."

A Cuyahoga County Spokesperson told News 5, "the Sheriff’s department isn’t involved with the local law enforcement on this at this time," and Cleveland Police referred us to the D.E.A.

The products have stopped being sold at Earth Fare in Fairview Park after local police noticed the sales and told the store to stop until Ohio law changes.

But the last time News 5 checked, CBD is still on the shelves at Lucky's Market.

"I particularly love CBD," said the Lucky's Market employee. "This is my favorite aisle in the store."

For months after the first sales in the middle of January 2019, Ohio's Medial Marijuana Control Program only had raw marijuana flower available for patients.

Oils, tinctures, and lotions just started showing up in dispensaries a few weeks ago, but Lucky's Market appears to have products Ohio's highly-regulated system still doesn't have.

What's stocked in those stores shouldn't get users high and it's different than what medical marijuana patients find in dispensaries, which mostly have THC-based products.

Abrams is one of the doctors who can recommend patients get medical marijuana in Ohio. She says the two main compounds can work together.

"The THC makes the CBD stronger and the CBD helps prevent the high of the THC," said Abrams. "You just try to dose it in a way that you don't get 'high' because I consider 'high' the side effect we're trying to avoid."

The products patients can get over the counter are not made in Ohio's Medical Marijuana Control Program, so experts say it's hard to tell how strong they really are, what's inside the products, and how it could effect someone who takes it.

Still, Abrams says those products can play a role along side the state program.

"You don't always know what you're getting, but I think for a lot of patients, I encourage them to try it over the counter because if you do get a positive response to it, you'll get an even better response by using the medicinal version," said Abrams.

There is a bill working through the Ohio legislature that could legalize CBD products in Ohio.

Industry experts say the bill could pass both the Ohio Senate and Ohio House and be sent to Governor Mike DeWine's desk in late May or early June.

"It's important how it's done," said Governor DeWine, referring to legalizing hemp and CBD. "You've seen state after state after state move into that direction. It is a product that can be used legally with the oils that can come from that so we want to be able to allow people to do things legally, but at the same time control it so that it's not diverged and they're not doing things illegally."