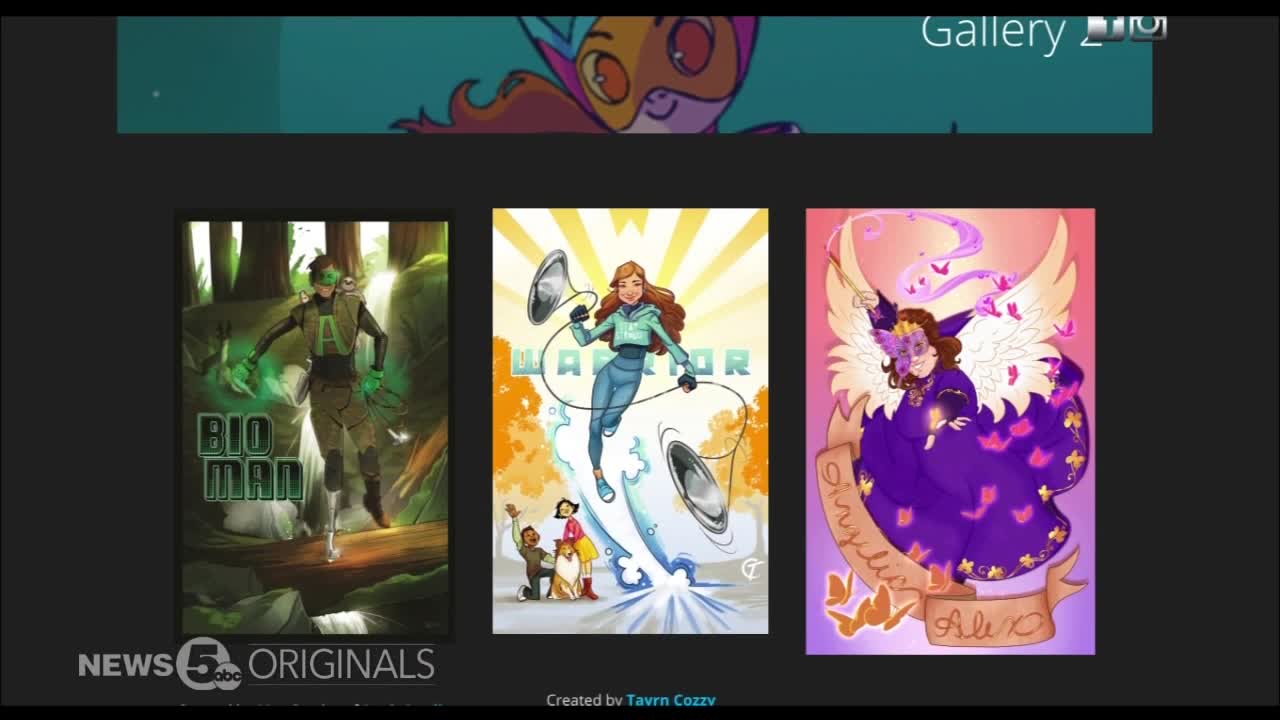 Move over Batman, Spiderman and Superman, there is a new superhero in town. 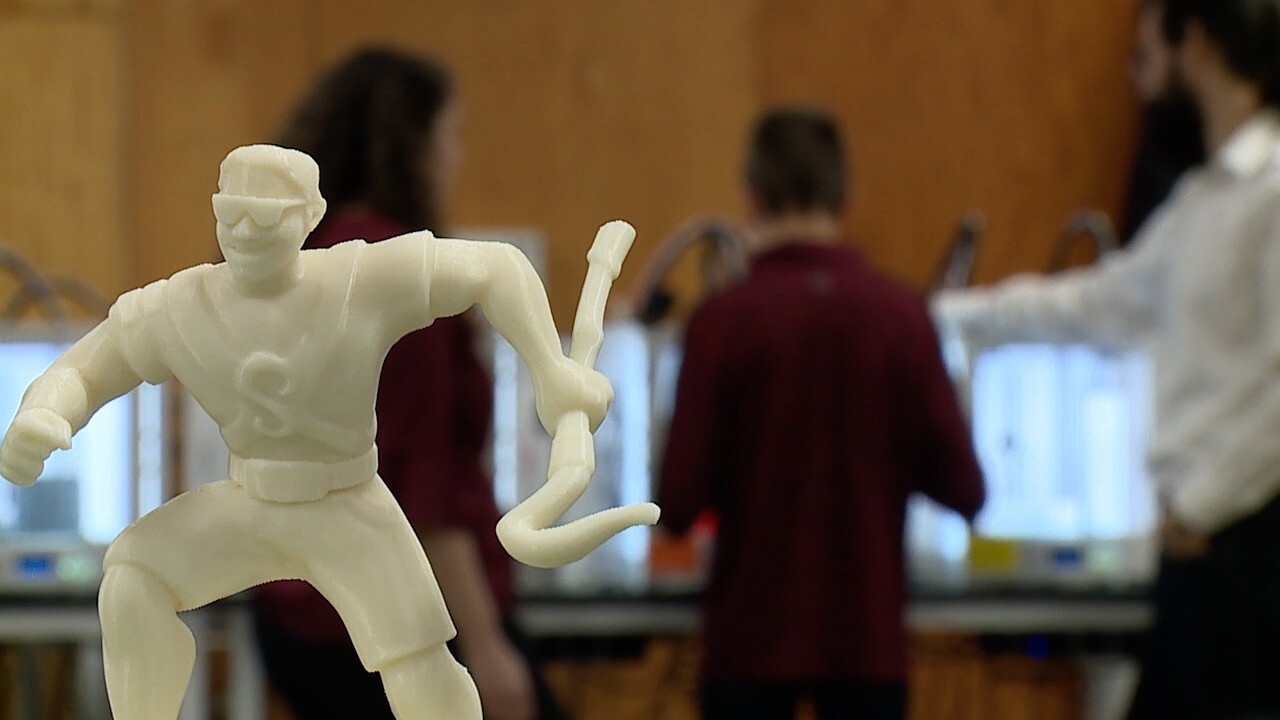 CLEVELAND — Move over Batman, Spiderman and Superman, there is a new superhero in town. Thanks to the charity of a local non-profit and the engineering prowess of Case Western Reserve University, a visually impaired teenager from North Olmsted has been transformed into a 3-D printed superhero.

Huston Nagy, a vivacious and affable 13-year-old, has all the makings of a superhero. He’s charismatic, strong and determined. When he’s not trying to pin an opponent on the mat at a middle school wrestling meet, he’s lining up a perfect drive at a tee box or draining three-pointers at his local gym. Huston is an avid swimmer and martial artist.

Despite the challenges that he has faced since birth, there has been nothing that he hasn’t been able to overcome.

“No matter what the difficulty was that came across… he always had a smile and there were never really issues that you would see him bring home and dread,” said Becky Nagy, Huston’s mother. “He has never felt like this disability was a negative. He was just different and different is okay.”

Huston’s willingness to embrace the challenges is both nature and nurture. Nagy and her husband have constantly focused on raising their son to be independent and self-supportive. Huston has flourished in that environment and has even created his own workout regimen.

“I think my goal is to try to get a six pack,” Huston said. “I mean, I’m pretty close but I’m still working on it.”

Huston’s spunk recently drew the attention of Lisa Kollins, the founder of a local non-profit, The Superhero Project. The organization pairs children with illnesses or disabilities with local, national and even international artists who are willing to donate their time and creativity. As part of the program, Kollins interviews the child about their favorite qualities about themselves. That personal insight is then translated to a unique superhero poster and story.

Through the interview process, Kollins said the children spend very little time – if any at all – talking about their disability or ailment.

Simply put, the children talk about who they are instead of what they are.

“I think for a lot of them, the chance to talk about who they are as opposed to what illness they are going through or what disability they have, that’s a really special opportunity,” Kollins said. “It’s really an honor and a privilege to get to walk with families with whatever they are going through and to help create these moments of joy.”

After Kollins and Huston met following the aptly-named Youth Challenge Superhero Dash in September, Kollins began working with Huston on what his superhero would look like and stand for. Huston’s imagination then ran wild.

His superhero named Steve (The Good Version) is armed with a crooked, cursed cane that he uses to battle his brother and evil alter ego, Steve. The good version of Steve teleports around the world, helping people in distress. West Coast artist Seth Graham even incorporated Huston’s signature camo-colored glasses and short, spiky hair.

Huston thought it was perfect.

“He’s cooler than JT, which is Justin Timberlake, my favorite singer. And he’s stronger than an Olympic powerlifter, which you know I’m into lifting,” Huston said. “It’s pretty much what I wanted it to be. It’s just like me but better than ever.”

There was a problem, however. Even after nearly 300 children have been transformed into superheroes, Kollins and the Superhero Project had never encountered a child with a visual impairment.

“Huston was the first visually impaired child who we worked with,” Kollins said. “I knew that Seth would do an amazing job on the poster but I also realized that for Huston to get the poster and have someone describe it to him, that’s cool, but we really wanted to do something more.”

And more, they did.

Kollins reached out to her colleagues at Case Western Reserve University for help.

Kollins was connected with Lisa Tan and Malcom Cook, who used their engineering and technological expertise to take Huston’s two-dimensional superhero poster into a three-dimensional action figure. Using their geometry skills and an industrial grade 3-D printer at the university’s Think[box] entrepreneurial hub, the duo created the six-inch tall figurine out of donated plastic material.

“He was almost speechless, which for him, if you’ve met Huston, that is very difficult to achieve,” Nagy said.

Huston was drawn to the figurine because of the level of detail that he could feel.

“I felt it and I was like, ‘oh my gosh, this finally happened,” Huston said. “It’s so cool. I’ve really been wanting this for a while.”

The Superhero Project is always looking for more families and artists willing to help them. More information can be found by clicking here.