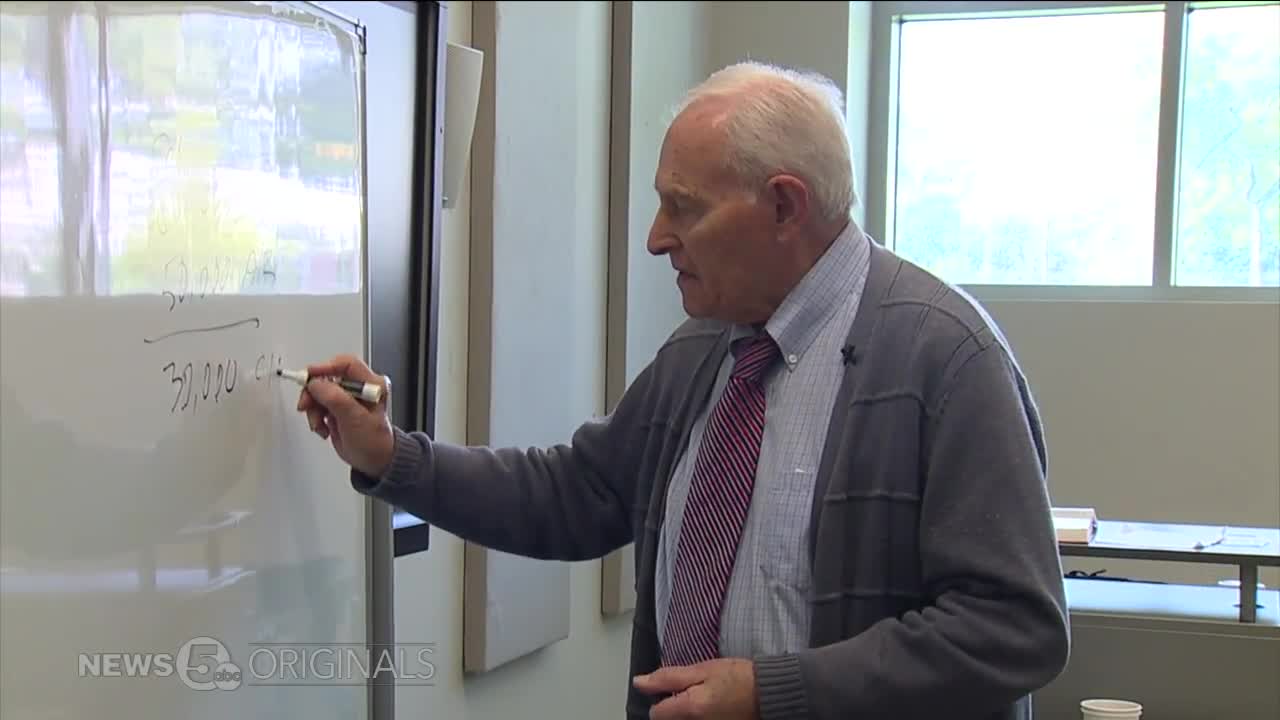 “I think at 92, I must be the oldest living professor,” Professor Leon Gabinet said, laughing. 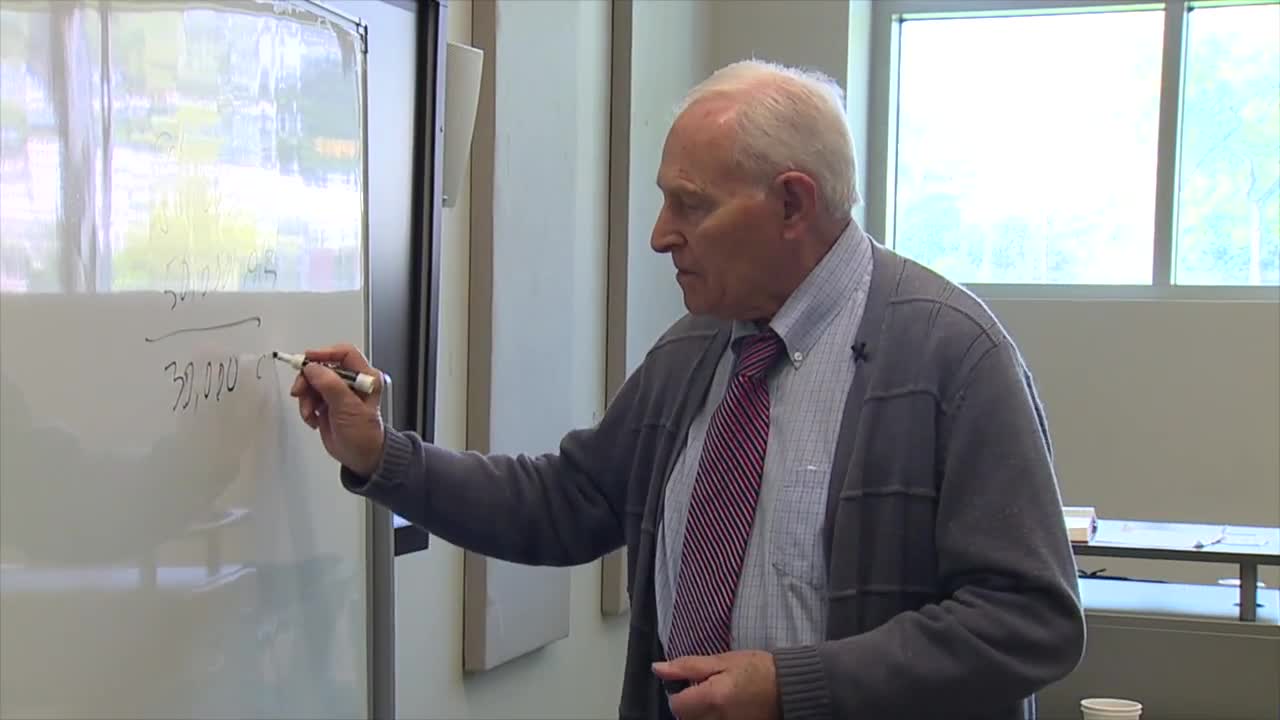 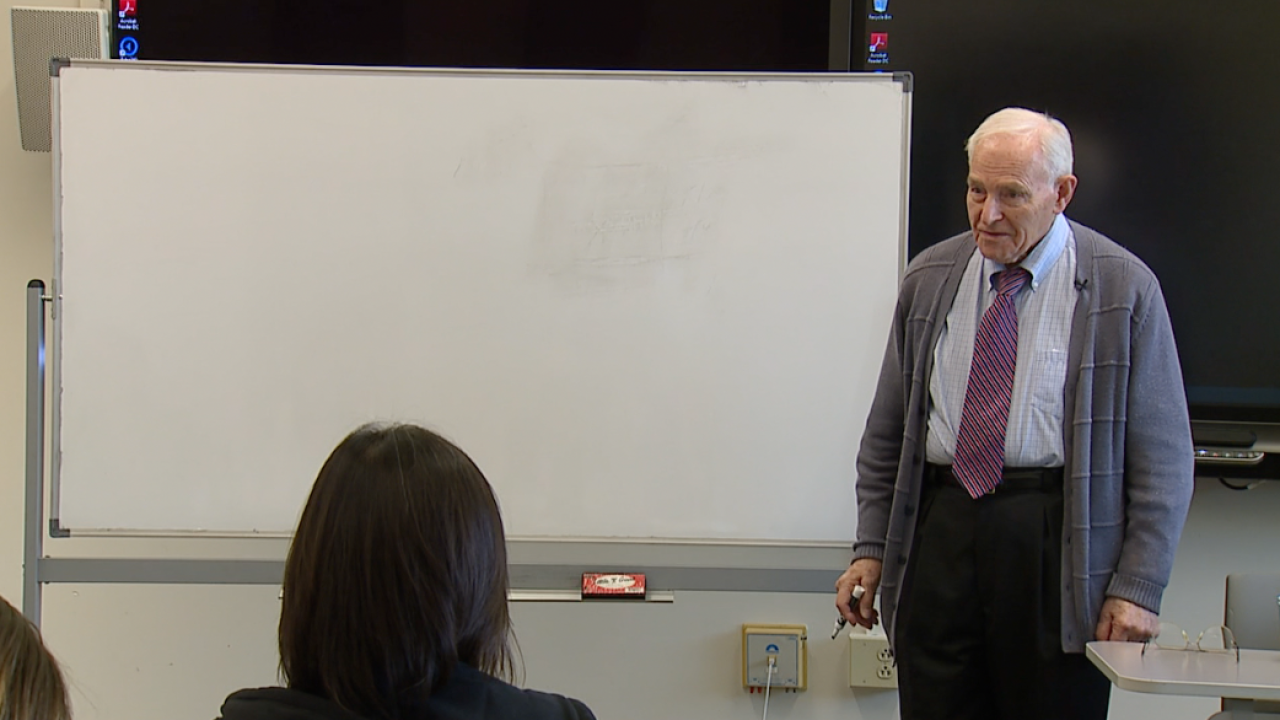 CLEVELAND — You know that saying, “when you love what you do, you’ll never work a day in your life?”

Well, at 92 years old and still teaching four days a week, Professor Leon Gabinet is the true embodiment of that.

“I think at 92, I must be the oldest living professor,” Gabinet said, laughing.

News 5 checked with the American Association of University Professors, and while we're told the data around professor's ages isn't maintained, a spokesperson couldn't immediately think of professor above that age still teaching.

Gabinet teaches federal income tax law at the Case Western Reserve University School of Law — a place he has been a fixture since 1968.

So why does he keep coming back?

“Because I love doing what I’m doing! If I didn’t, I wouldn’t do it,” Gabinet said.

And his students love him, too.

“You would think going into a federal income tax class that it was going to be really dry and boring,” said law student Jess Ice. “But I laugh every class. I just have a great time. He has forgotten more about tax than I’ll ever learn in my life.”

It’s true — Professor Gabinet, at 92, has much of the tax code memorized by heart. And still, he spends hours before each of his classes every week reviewing materials and getting prepared.

“The thing about the tax law is that it changes so frequently and that means there's a constant process of re-education and that’s what I like about it,” Gabinet explained.

For students like Chris Lauer, Gabinet’s class is a “must-do” at Case’s law school.

“It’s like your grandfather explaining something to you - I think it resonates differently hearing it from someone who’s had so much experience, who’s seen so many changes in the tax code over his life,” Lauer said. “I’m not that sharp on my better days.”

And if you think teaching at 92 years old is impressive, let’s just run down the rest of Gabinet’s resume.

He served in the Navy during World War II, stationed in Okinawa. Then, he enrolled in the University of Chicago, taking a detour into medical school for two years before realizing the law is where his passion lies. He worked at a large law firm in Oregon for 15 years before turning to academia and coming to call Case home.

And let’s not forget about his illustrious hockey career, making it all the way to Junior A.

Two of Gabinet’s three children actually followed in his footsteps and are lawyers.

And over the years, he has no doubt impacted countless lives. So much so, that alumni have donated millions of dollars in his name to the law school.

A life filled with law and love — and a lesson that reaches far beyond the classroom.

“You have to love what you’re doing. I love what I’m doing. I wouldn’t do anything else for all the tea in China,” Gabinet said.