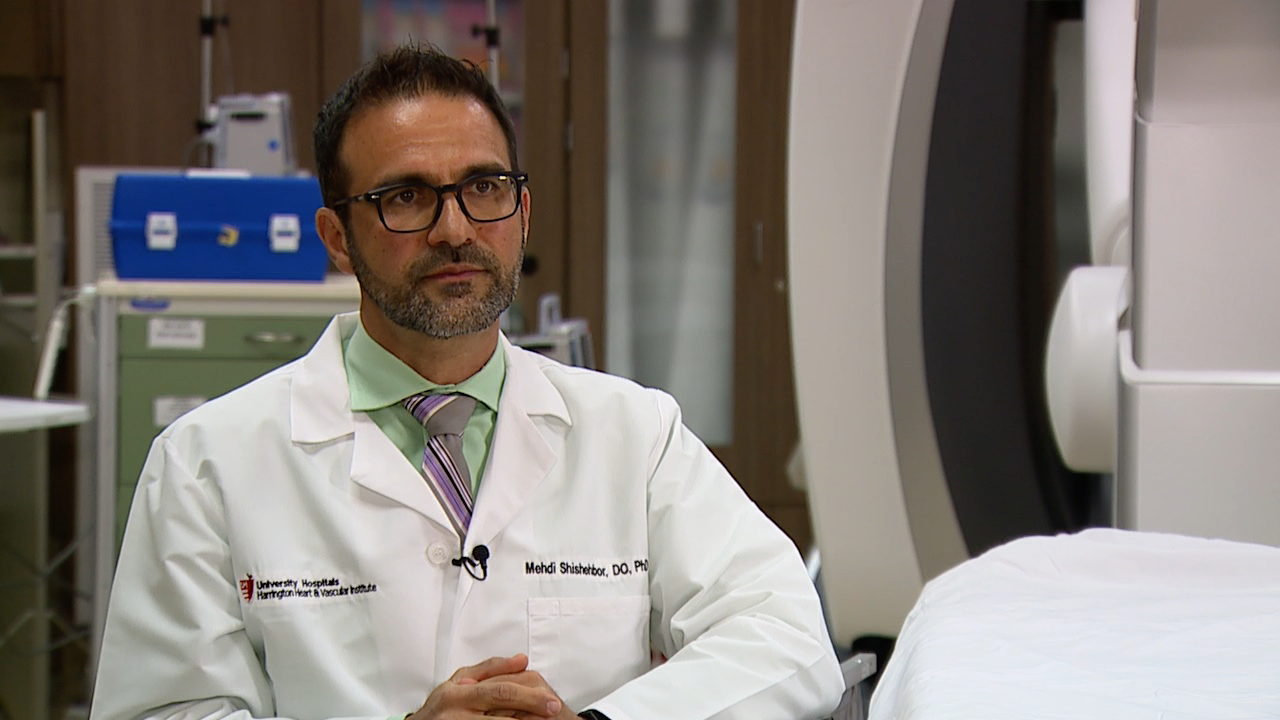 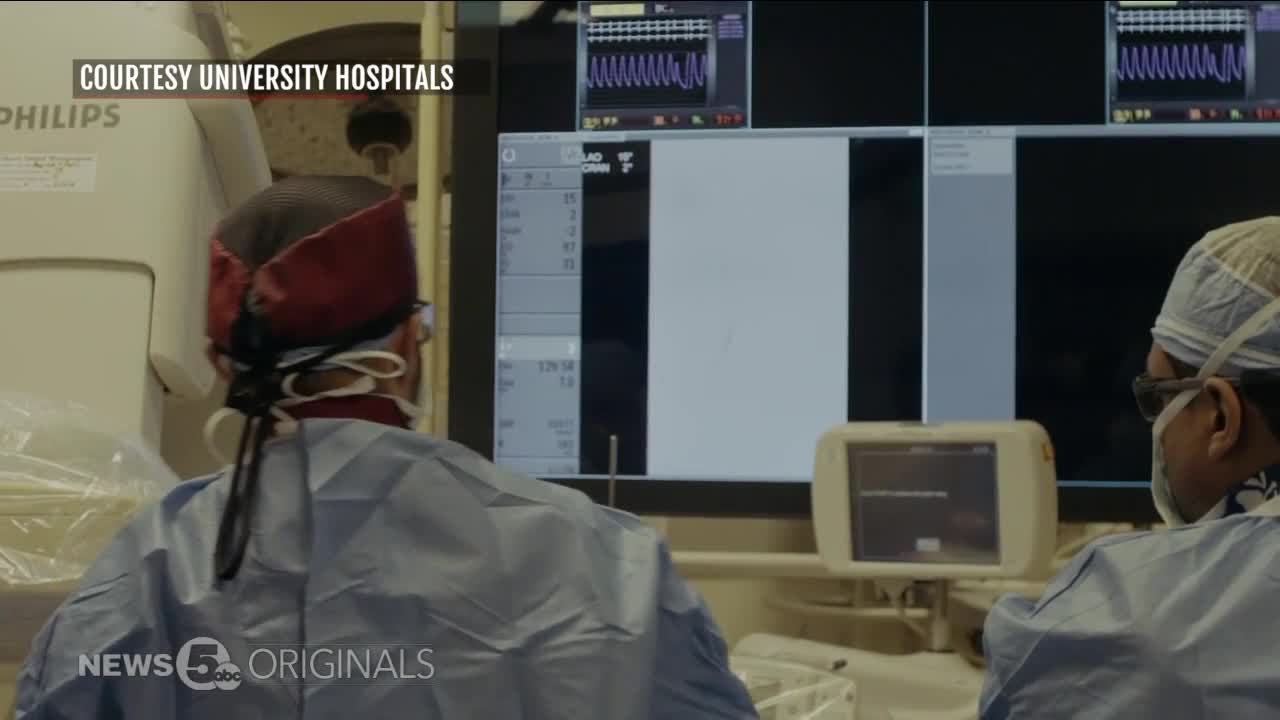 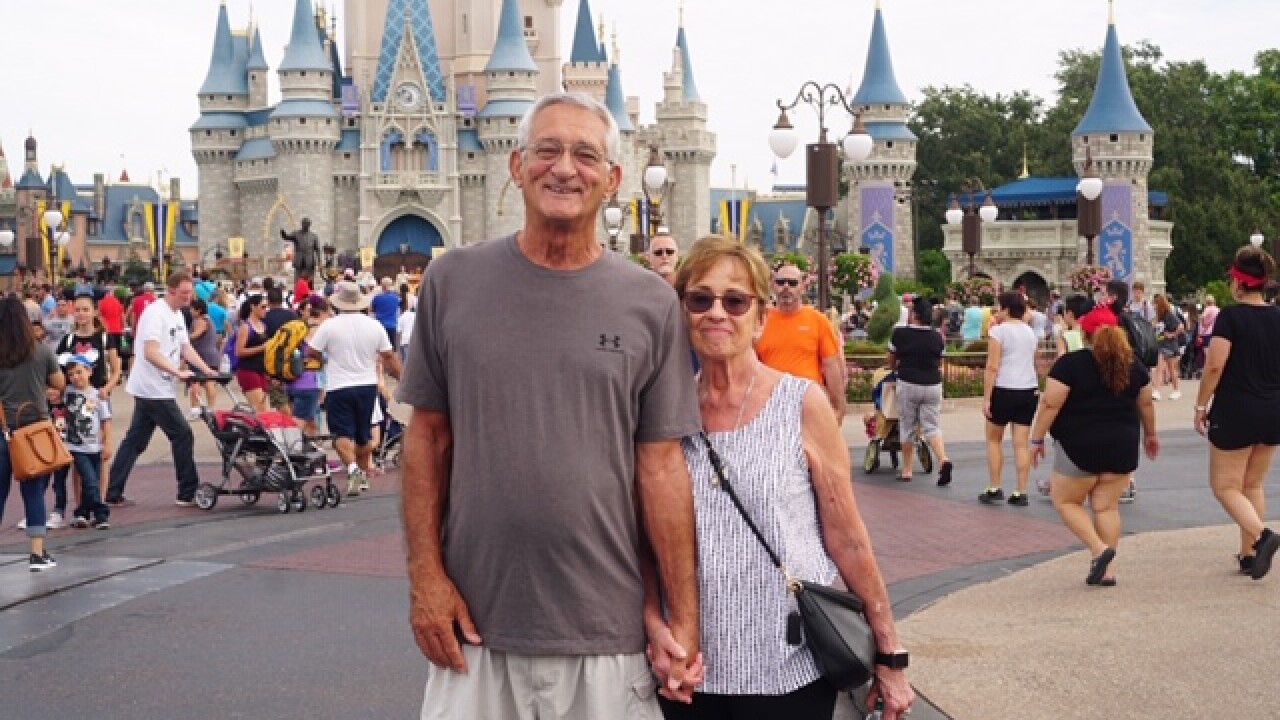 Dr. Shishehbor is the Director of the Interventional Cardiovascular Center at University Hospitals.

For 20 years, he has been saving limbs and legs for people who were told they would need to have them amputated.

He and his team use novel techniques, special wires and small devices to get into tiny blood vessels to open them up and get blood flow back.

“Nine out of 10 times, we’ve been able to save people’s legs when they’ve been told there are no options available,” Dr. Shishehbor said.

That was the case for his 72-year-old patient John Potocnik.

Last June, John collapsed in his bedroom out of no where.

“I don’t know how, I don’t even remember all,” he said. “I just remember laying on the floor.”

Another fall soon after prompted John and his wife to rush to the hospital, where tests revealed his blood sugar level was 450 — moments away from a diabetic coma.

A wound on his foot was so infected, doctors told him his leg would need to be amputated.

It was a stunning revelation, but not completely unexpected.

John’s father was diabetic and a double amputee.

“My dad went through hell,” John said. “I was talking to one guy and he told me, ‘if someone tells me they’re going to take my leg off, you better damn well believe I’m going for a second opinion.’”

So John got a second opinion. His podiatrist recommended he get in touch with Dr. Shishehbor, who immediately told him he could help.

The doctor and his team were able to re-open John’s blood vessels, so he did not have to have his leg amputated.

John said he is forever grateful to the doctor, and both of them want to remind people to always get a second or even third opinion.

It’s the same story for Andi Weathers, who traveled to see Dr. Shishehbor from Oklahoma when she was told there were no other options.

“He’s amazing. He does great things, he’s positive, he’s supportive, he really genuinely cares about your quality of life,” Weathers said. It has been five years since her surgery when her leg was saved — and she is up to walking two miles a day now.

Dr. Shishehbor said he wants to emphasize options out there for people, because the majority of his patients are diabetic. The disease and amputations impact people of lower socioeconomic classes, he said, who are often too afraid to ask more questions of their doctor or get a second opinion.

Losing a limb has an immense impact on patients, decreasing their quality of life in so many ways. Dr. Shishehbor said that once a patient is amputated, the likelihood of dying within two years is 50 percent.

“This is what we do, our job is to save limbs,” Dr. Shishehbor said. “There are not too many things that honestly make me happier than to be able to help a patient save their leg. I make this my mission in life.”