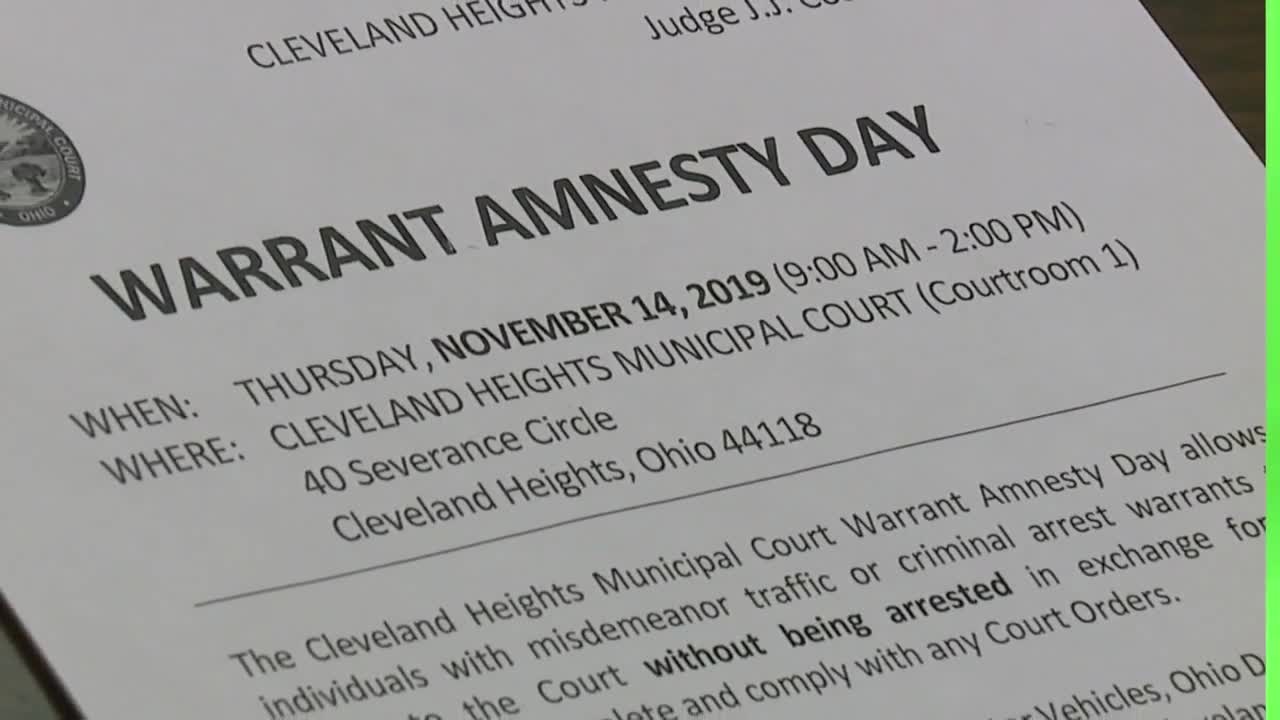 CLEVELAND HEIGHTS, Ohio — The easiest way to turn a minor run-in with the law into a major one is to just ignore it. While you may be able to put it out of your mind, the court will not and you will likely end up with a warrant issued for your arrest.

"It's always sitting out over their head and they may sort of put it out of their mind as much as they can but there are those collateral consequences that occur," said Cleveland Heights Municipal Court Judge J.J. Costello. "They could potentially have some interaction with the police that would end them up in jail or even if that doesn't happen they're not able to renew a license," he said.

That's why Cleveland Heights Municipal Court is saying this Thursday only, come on in and they'll work it out.

"So anybody who has a got a warrant that's issued by the City of Cleveland Heights for any misdemeanor whether it's a traffic or a criminal case they can show up on that day and rather than being arrested they'll see me and I will go over their case see what the status of it is," said Judge Costello. "If it's monies that are owed we'll get them on a payment plan or if it's a new date that needs to be set we'll get them that new date and give them a personal bond rather than have them actually arrested on that day."

Felony warrants and warrants from other courts are not eligible for amnesty. Only the first 200 individuals may be seen, so be sure to come early.

"They need to make sure that they bring some sort of identification, if they get some sort of services from the government they're going to want to bring them with them as well," said Judge Costello, "and any other paperwork they may have."

"It's really about giving people a chance to get back into the justice system, to the Cleveland Heights Court without the prospect of spending some time in jail," he said.