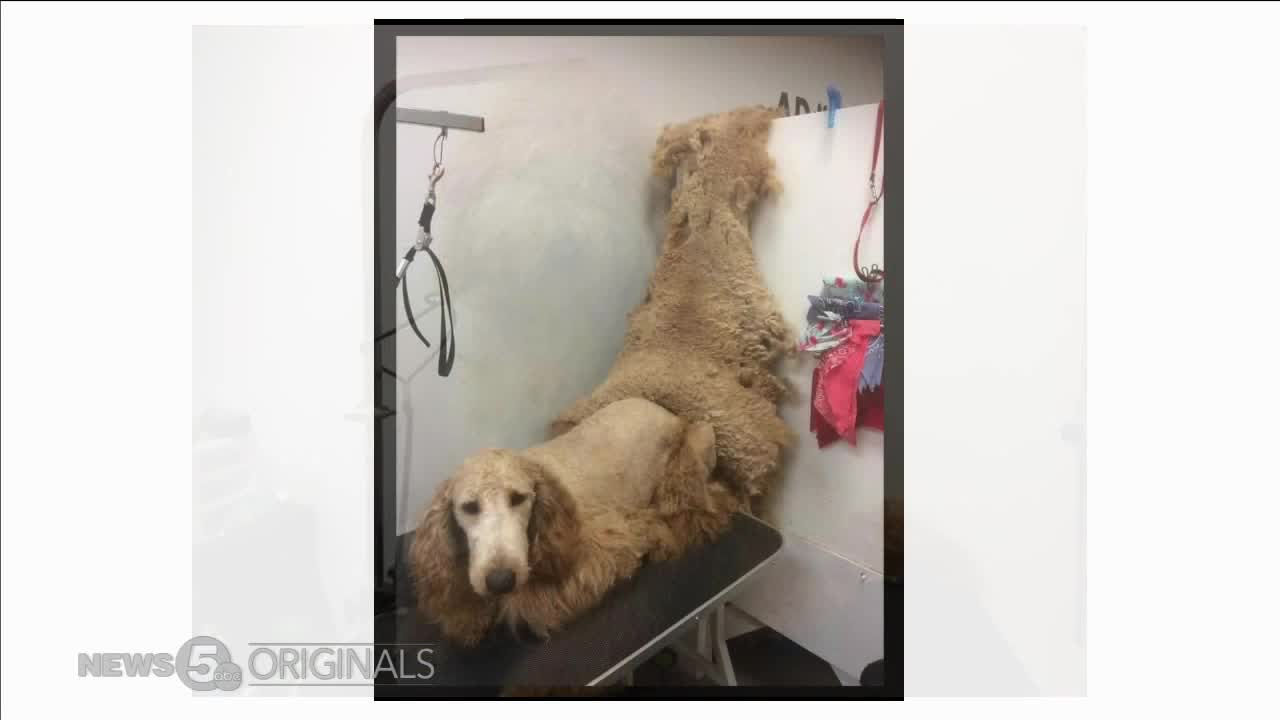 A local family love their Instagram star goldendoodle, but warn that that cute pup comes with a hidden cost: constant grooming to prevent its hair from getting matted. 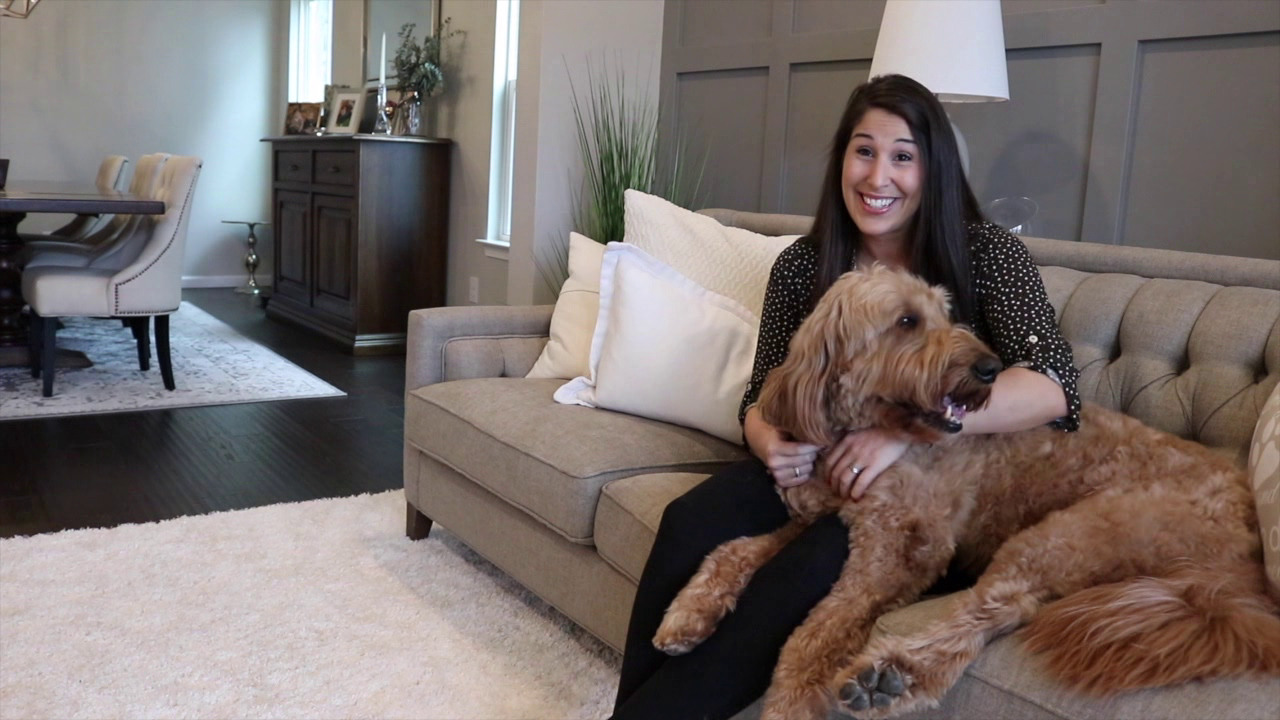 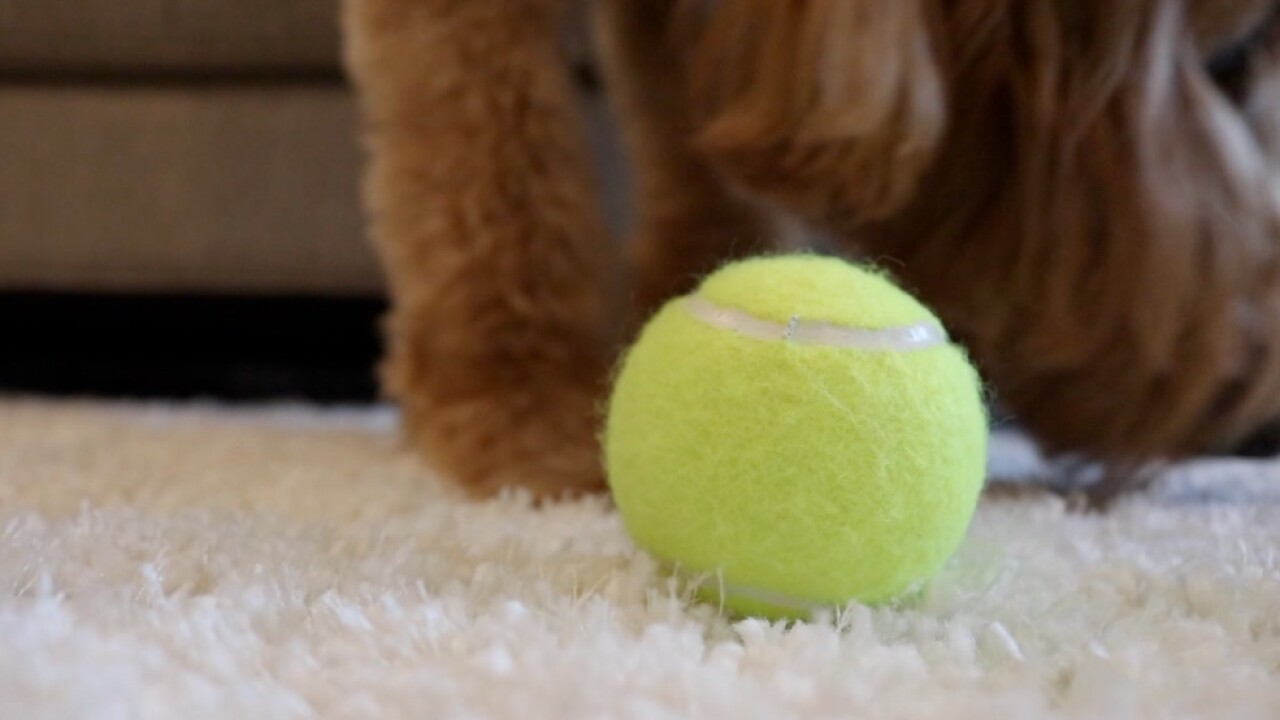 CLEVELAND — When you go visit Staci DaVita and her husband Andrew, you’ll learn they have four boys.

And one of them has more than 9,000 followers on Instagram: Ralph E. Doodle, the family’s eight-year-old Goldendoodle.

He likes tennis balls, laying on the couch and getting dressed up like a superhero.

“When we were looking for a dog we had just gotten married, and we knew that we wanted a dog that was good with children,” Staci DaVita said. “So my research directed us towards the Goldendoodle and here we are eight and a half years later with Ralph.”

DaVita has a few allergies and also wanted a dog that she could train for therapy use.

“Doodles” is a single word of multiple dog breeds.

“Labradoodles, Goldendoodles, Aussiedoodles, Bernedoodles - they all just have this loving and affectionate way about them. And goofy! They are the goofiest pups around,” DaVita said.

For the DaVitas, the research paid off. They knew what kind of dog they were getting when they picked Ralph up.

But, she admits, the upkeep for a doodle breed is not as easy as some people say it is, especially when it comes to keeping them groomed.

“We knew that Ralph was less likely to shed than some other breeds. However, we didn't quite realize what that entailed,” she said.

Unlike a lot of dog breeds, Doodles have hair instead of fur. It keeps the shedding to a minimum and they can be easier for people who have allergies.

However, the longer hair can get matted easily.

“Ralph needs to be groomed every six weeks,” DaVita said. “On average, in Cleveland, people spend between $60 and $100 per grooming…I only spend $40 on my haircuts, maybe every six to nine months if I'm lucky.”

Groomers admit this varies from dog to dog.

Because of the unique crossbreeding, doodles can have vastly different coats.

“I would say that these are probably more maintenance than an actual standard poodle because these doodles are going to have an undercoat from whatever they've been bred with,” said Oak Harbor groomer Samantha Van Ness.

Van Ness breeds doodles and knows how much work grooming can be.

“I start grooming them at three weeks of age,” she said. “They get a bath, blow dry, and toenail trim every week.”

With the rise in popularity of these breeds, Van Ness said she sees more doodles coming in with matted hair.

And when owners need it, she is there to provide a dose of reality.

“Generally, they've been told by the breeder that ‘don't groom this dog until it's a year old,’” Van Ness said.

All doodles get matted hair. Van Ness knows that is the reality of having a dog like that. But, she said, it can be under control with grooming at home.

She recommends brushing a doodle at least twice a week.

When a doodle does come to her with heavy matting, she said she is ready to shave the dog down to its shortest length.

“And, generally, once we've had that big shaved down on most doodles, usually most doodles owners are pretty good about coming in and making a regular schedule every six to eight weeks,” she said.

Heavy matting can restrict a dog’s motion especially if it happens on their shoulders or between their toes.

Van Ness said she is always willing to work on any dog if they are not uncomfortable.

But, “everyone wants their dog to be fluffy,” she said.

And that is why the DaVitas keep Ralph’s hair long even though they know it can be more work.

“It's worth it though, right, it's that kind of the trade off of high maintenance haircut. It is 100% worth it,” DaVita said.