'I thought I was going to be burying my child. Now, I'm not.' 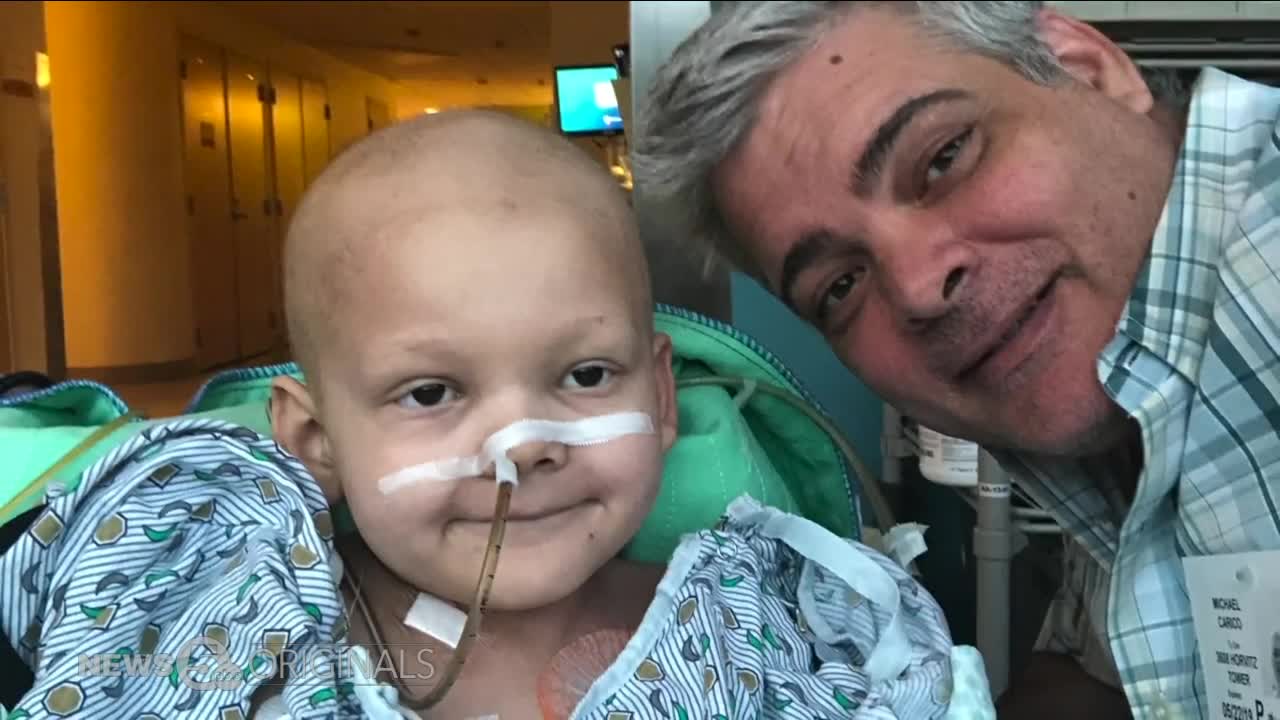 Through his parents’ determination and a gift from a local non-profit, a 7-year-old boy in Lorain County diagnosed with a rare form of cancer was able to unlock the superhero inside of him. 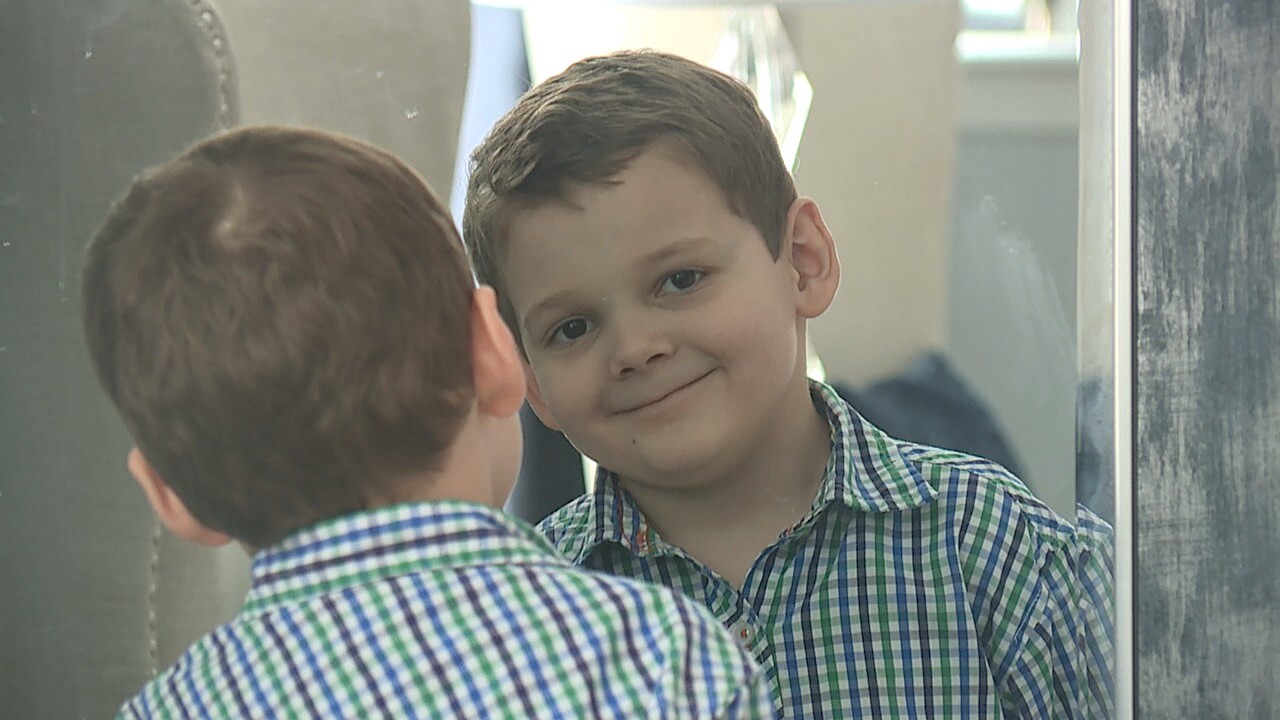 LORAIN COUNTY, Ohio — Through his parents’ determination and a gift from a local non-profit, a 7-year-old boy in Lorain County diagnosed with a rare form of cancer was able to unlock the superhero inside of him.

Alex Carico is as rambunctious, affable and kind-hearted as any 7-year-old. He also has no qualms with showing off his dance moves on command. He is as normal of a kid as normal can be, except he’s not.

He’s better and stronger than normal.

“He was diagnosed on New Year’s Eve with neuroblastoma coming from the adrenal glands,” said Michael Carico, Alex’s father. “He did not have much of a chance [of survival]. “It’s a very rare cancer. By moving [to Ohio], we increased that chance tremendously.”

The cancer was discovered after what appeared to be an innocuous accident at school; Alex hit his stomach on a lunch table and fell down. The pain, however, never went away. Alex’s parents took him to the hospital two weeks after the accident and doctors later performed an MRI scan of Alex’s abdomen.

What the scan revealed was a massive tumor that had enveloped Alex’s abdomen like a cocoon. The tumor wedged itself between some of the boy’s vital organs, pushing them out of place. Alex’s chance of survival was 28%, Michael said.

“You have to be honest with them no matter how much you think you want to protect them. You have to be completely honest with them. We were completely honest with him about everything,” Carico said. “He actually went on YouTube and brought up neuroblastoma himself. He watched videos. He knew what was going to happen with stem cell treatments. He knew all that. He would just watch the videos over and over. He amazes. I can’t even spell neuroblastoma, but he can look it up.”

Alex immediately began treatment, but his condition and equally as important, his spirit, began to waver. That’s when Michael and his husband, Bill, made the decision to move to Lorain County in order to get treatment at University Hospitals.

“In Las Vegas, he was giving up. He would sit there and say, ‘I’m done. I don’t want to do it anymore,’” Carico said. “For a 7-year-old to do that, that breaks your heart. You don't want them to see you break down but you break down every day. The strong person is not me – it’s him. He’s the one dealing with everything. We’re watching it.”

On the first day of inpatient treatment at UH, the Caricos received a visitor: Lisa Kollins from The Superhero Project, a local non-profit that pairs artists and children that are suffering from rare conditions or diseases. Through a lengthy but fun interview, Kollins gets the children to imagine themselves as a superhero in their own story, including what kind of super powers the children would have and how they would accomplish their mission.

That information is then relayed to professional artists who create a comic book-looking poster for the child. Alex’s superpower is a novel one: getting kids to school on time using a grappling hook.

The treatments and his compromised immune system have kept Alex away from the classroom since he was diagnosed. However, the dream of being his own superhero and, eventually, getting back to school is what has pushed Alex through the 13 months of difficult treatments.

“It gave him the push to where he said, ‘you know what, I’m special. I can do this,” Carico said. “It means a lot; the enjoyment that it brings him. Anybody that comes to the house, he shows his poster off. It gave him a sense of, ‘I can do this.’”

He could do it and, amazingly, he did. Thirteen months after his diagnosis and rigorous rounds of chemotherapy and stem cell treatment, Alex’s cancer is now in remission. Although he still has to undergo routine blood work and prescription treatment, his prognosis is good. There is always the risk of the cancer coming back but, at this point, Alex is focused on getting back to school.

Make no mistake, he’s a superhero.

“I thought I was going to be burying my child. Now, I’m not,” Michael Carico said.

Alex’s superhero portrait and others like his will be part of a special gallery on display at the Trudy Weisenberger Gallery at University Hospitals Cleveland Medical Center. The gallery kicks off Thursday evening with a reception beginning at 5:30pm.