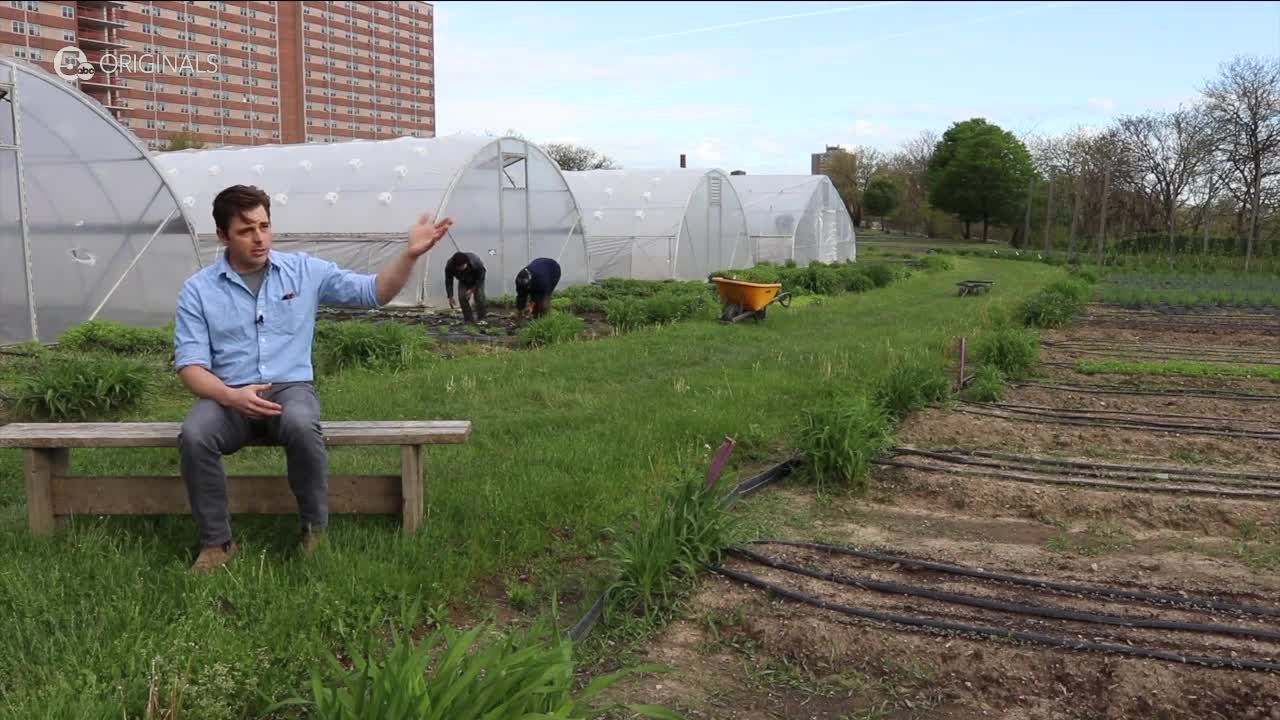 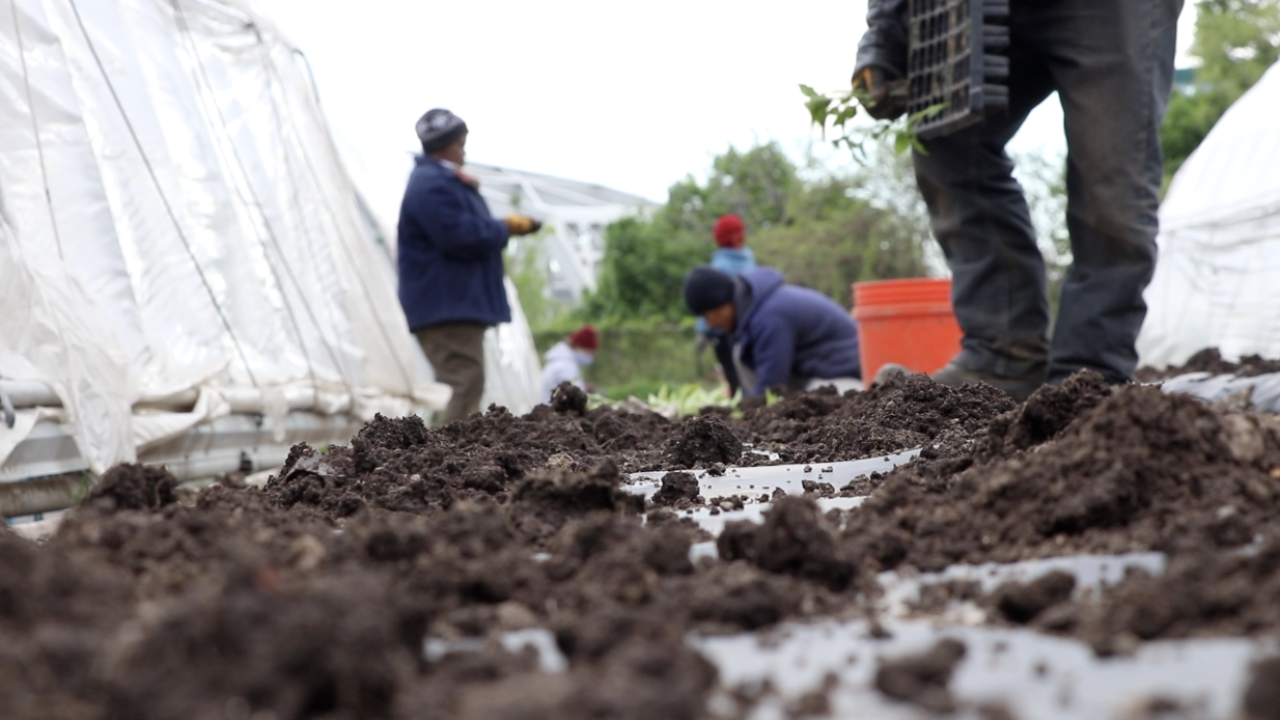 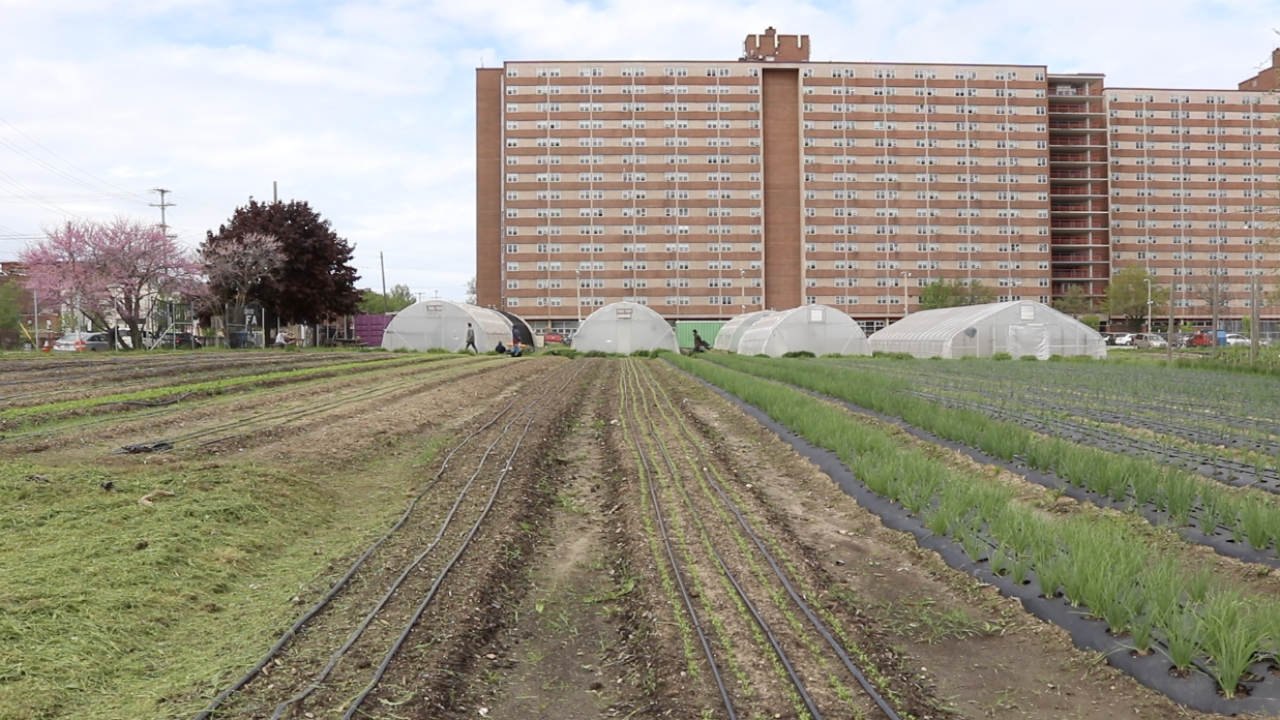 CLEVELAND — In the shade of the city’s skyline is the Ohio City Farm.

"The farm is a public place. So I like to think of this as truly a community farm, said Michael Bartunek, the senior farm manager. He oversees daily operations on the urban farm.

"On the five plus acres we have here we grow between 50 and 60 different crops,” Bartunek said. "Those range from annual vegetables to annual and perennial herbs."
For the last few days, different varieties of peppers went in to the ground. Nearly everything here is planted by hand. Ohio City Farm is community supported. It’s cared for by recently resettled refugees.

The Ohio City Farm is a non-profit but it is also a business.

"A considerable amount of our produce goes to restaurants,” he said. “I would say at this point in time, maybe 25 percent is budgeted to go to restaurants."

Bratunek said some of the most popular produce for restaurants is the farm’s salad mix and baby carrots. Food here is delivered across the Cleveland area from the east side to Lakewood.

But with restaurant business slowing down because of the pandemic, Bartunek realized the food had to go somewhere.

"The food that can not be used by restaurants is still going out to the community at no cost to them," he said.

The farm partnered with the May Dugan Center. Produce that would have gone to local restaurants is being handed out by staff at the center.

Business from eateries may be slow, even with the state reopening, but Bartunek said it hasn’t stopped completely.

"They're still showing their support for the farm as much as they can if they're having take out orders,” he said.

The farm’s Community Supported Agriculture (CSA) program is growing. This year, more than 250 boxes will go out.

Despite the uncertainty of the spring season, "We're really excited about the 2020 season. It's going to be a good one,” he said.