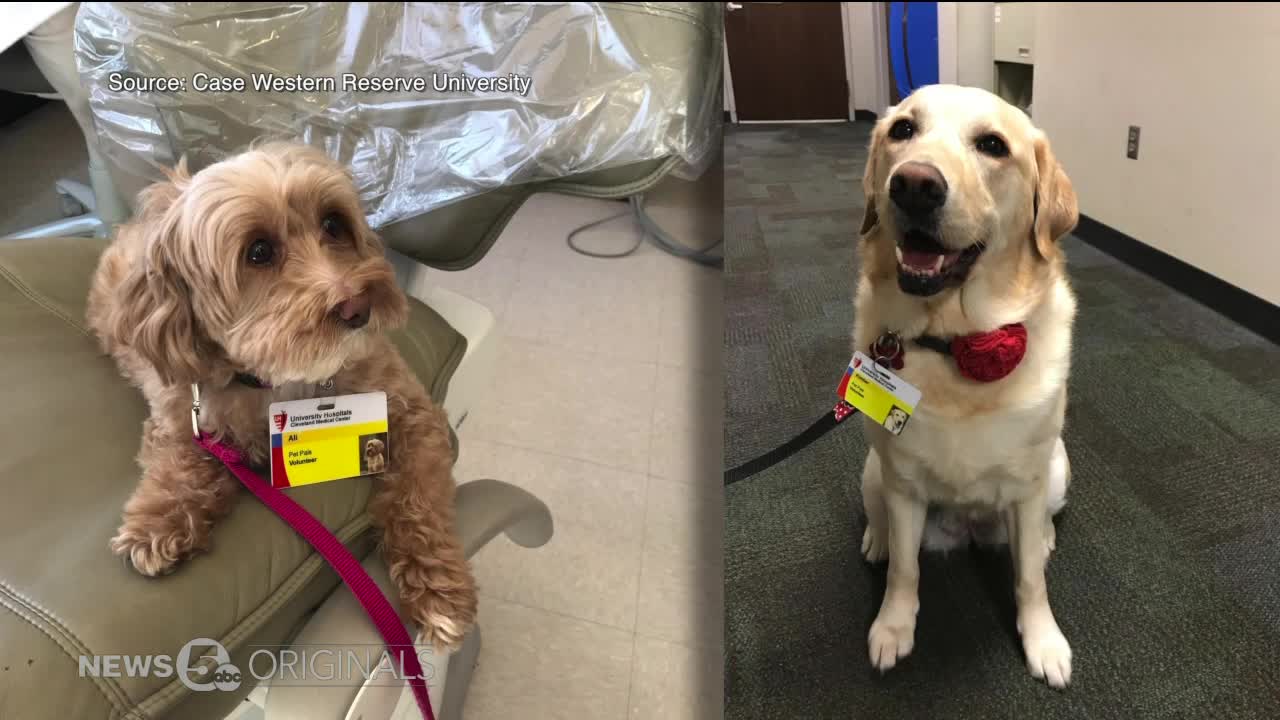 Case Western Reserve is researching how effective therapy animals really are and why they are good for relieving stress. 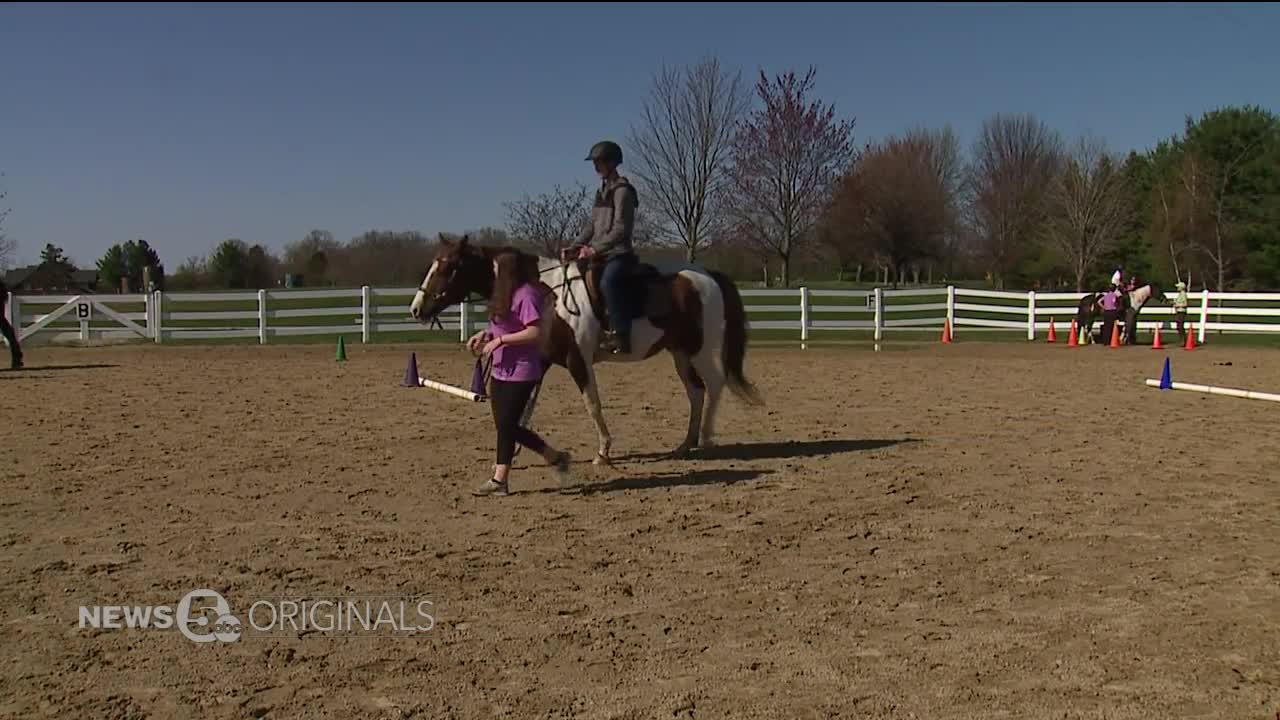 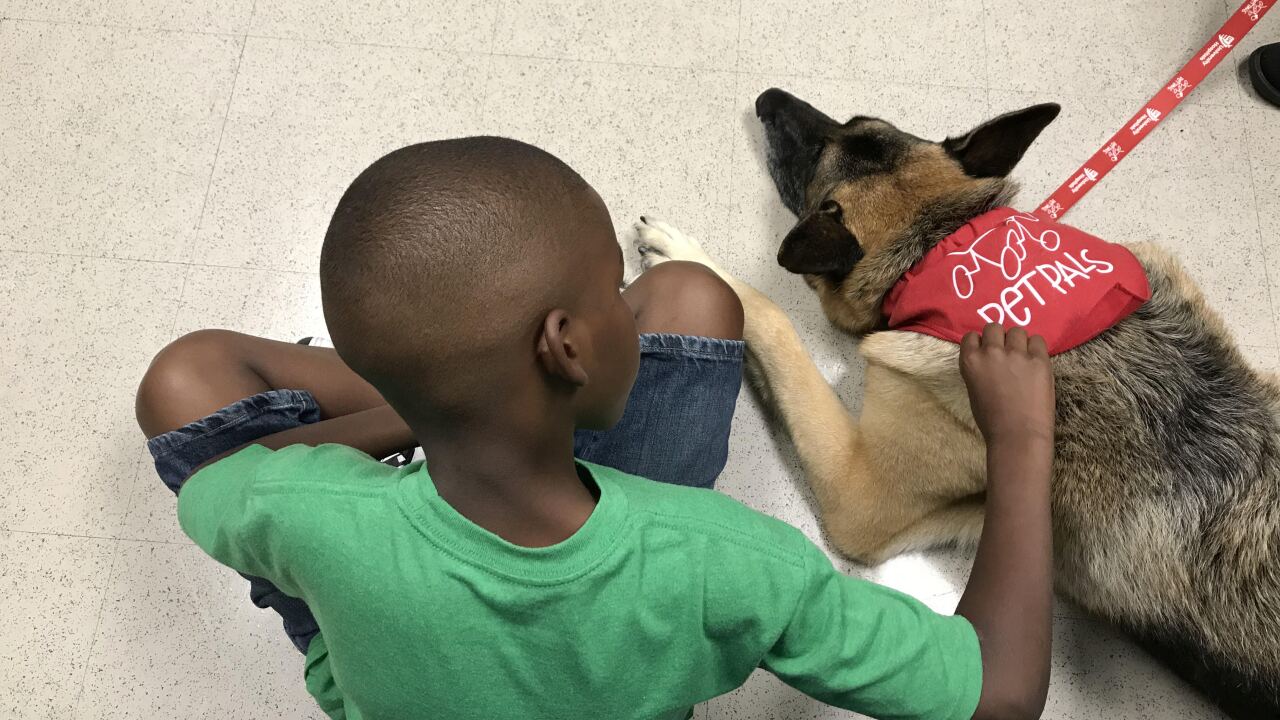 CLEVELAND — Case Western Reserve is researching how effective therapy animals really are by testing saliva of children and adults who use animals as therapy.

Carson Fry's journey around a horse pen is roughly ten years in the making.

He has a metabolic disease that prevents his body from processing proteins, making it a challenge to move around.

"He started physical therapy when he was super little," said Carson's mother, Melissa. "Like as a baby."

When he was just four, Carson started physical therapy with horses, but he's hardly the only one who benefits.

"This is a service and a help that affects our entire family," said Melissa.

Carson's therapy helps him get around, but other therapy animals around the facility where he trains have helped Melissa and her other children, too.

Why, or how much, those animals help is still largely a mystery to the scientific community.

"There really is this gray are of not quite understanding 'Why does this matter'," said Case Western Reserve University's Dr. Aviva Vincent.

That's why Dr. Vincent is trying to color in the gray.

By measuring the biological response in saliva, Dr. Vincent's work is among the first trying to figure out how much therapy animals, like the horses at Fieldstone Farm Therapeutic Riding Center help reduce stress in people.

She's already conducted a similar experiment where children were paired up with therapy dogs during a dentist's appointment. That work showed that the dogs helped stress hormones go down while relaxation hormones increased. In bringing the study to the horse farm, she can test both children and adults and get a sample size large enough to determine how much humans benefit from being around the animals.

Dr. Vincent says the impact is easy to spot.

"I can tell where [people are] at in their processing and regulation based on how the horse is," said Dr. Vincent. "So if they're really tight and tense and they're not feeling it yet and they're struggling, the horse is pacing."

Once the person who is grooming or riding the horse calms down, she says the horse will too.

Dr. Vincent's work could open the door for therapy animals to be considered a more legitimate treatment, potentially replacing some prescriptions or some people in the right circumstances or being used along side other treatments.

"If it's a matter of increasing relaxation, you don't need a medication just for the anxiety piece," said Dr. Vincent.