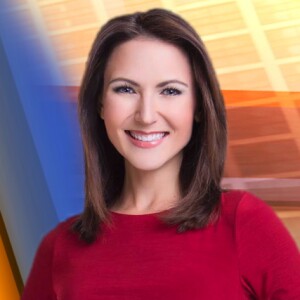 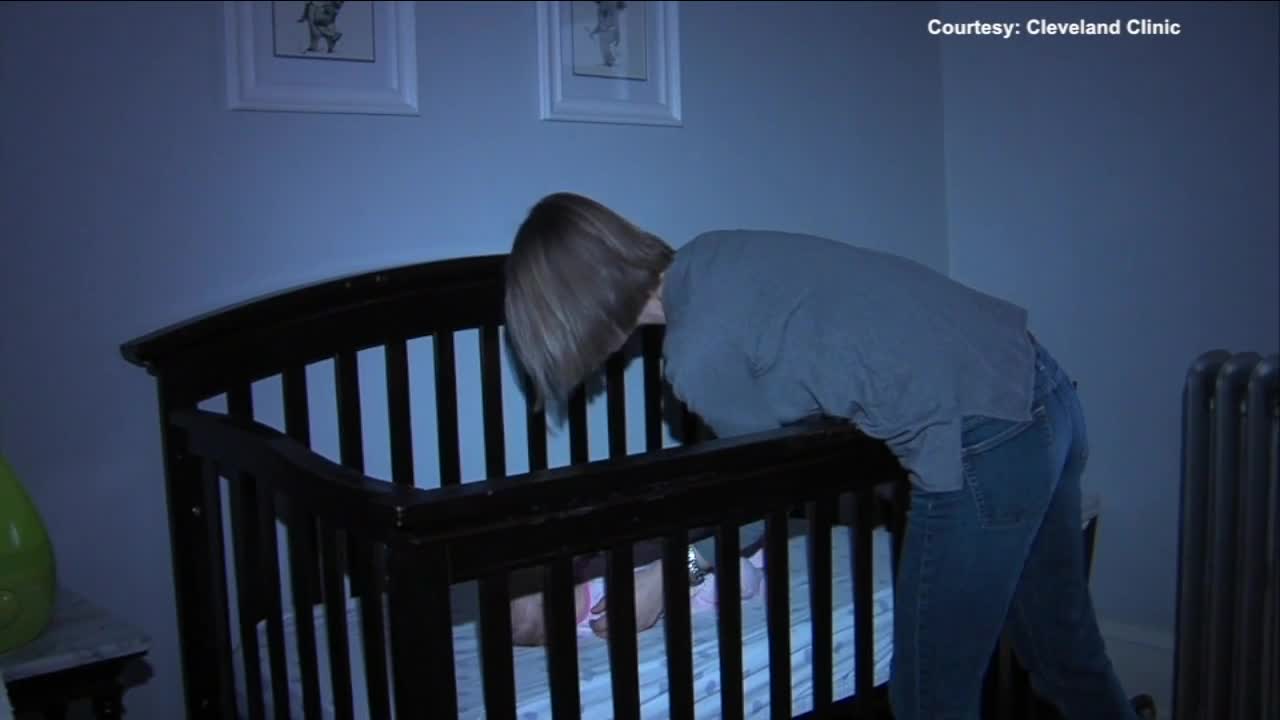 Americans are tired. Surveys have shown time and again, we aren't getting enough sleep and our kids aren't either. Sleep is vital for brain development in kids, and cardiovascular and mental health in adults. Yet, experts warn we aren't taking it seriously. 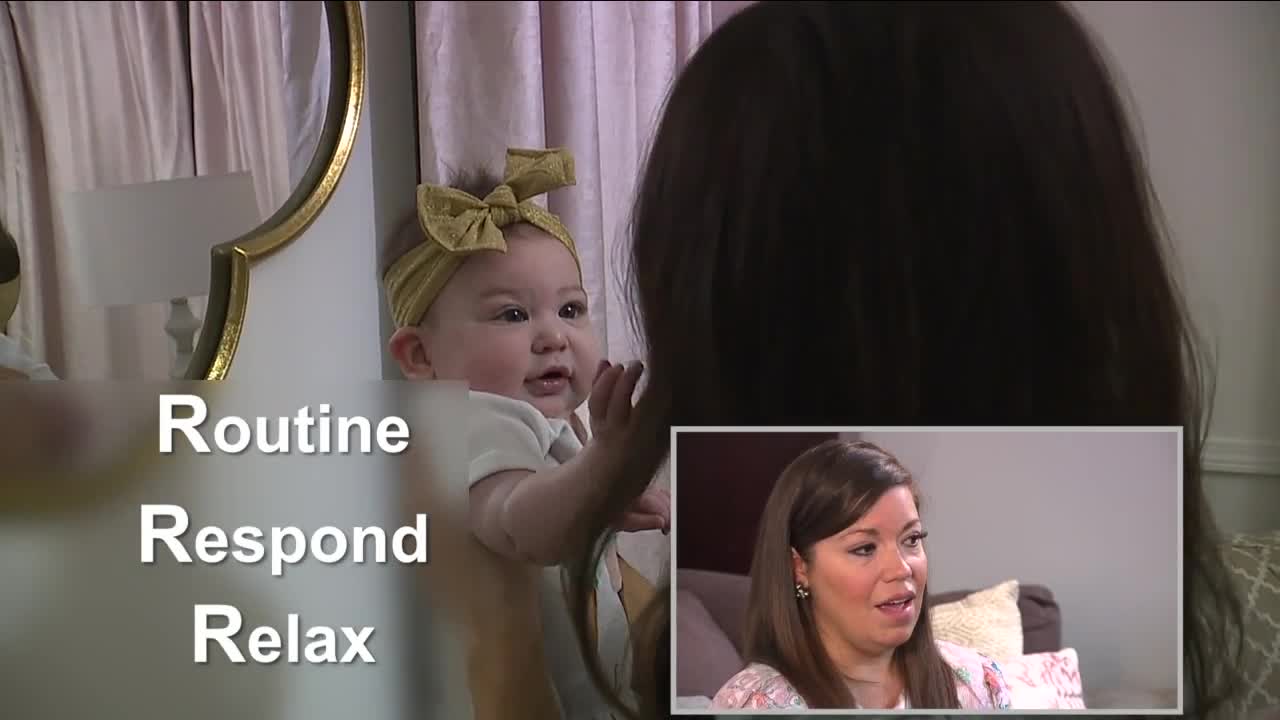 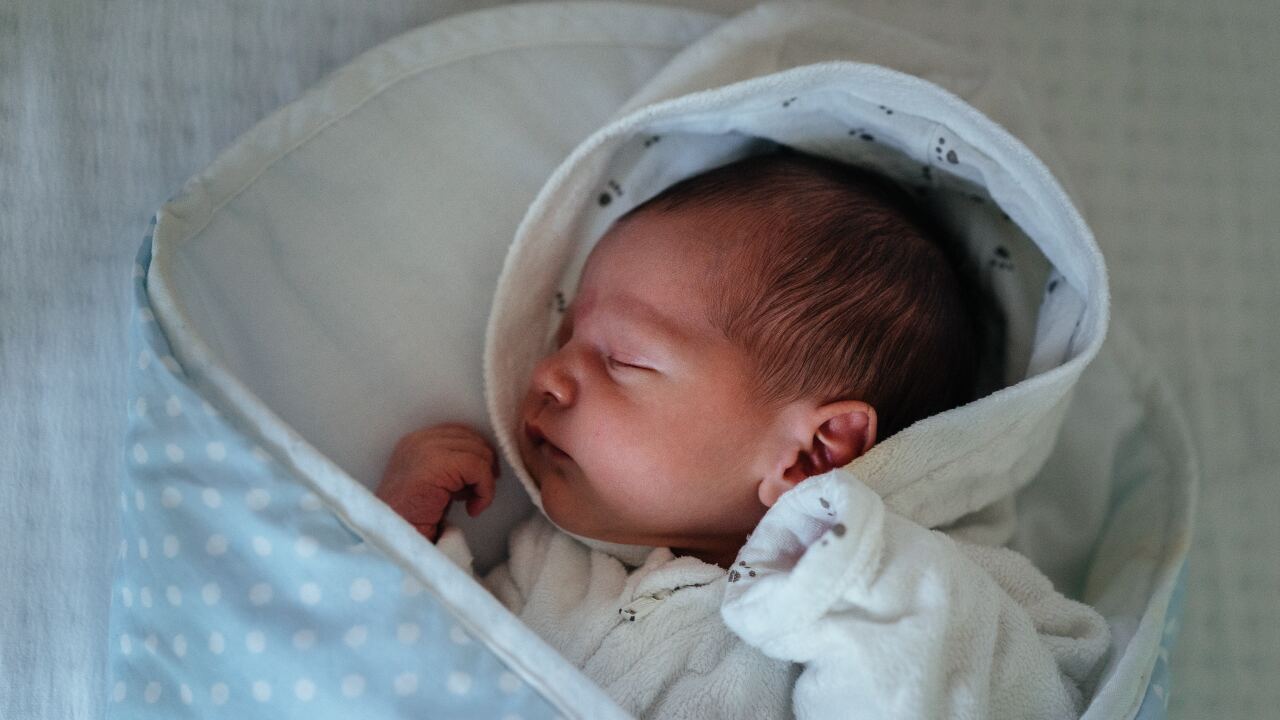 CLEVELAND — Americans are tired. Surveys have shown time and again, we aren't getting enough sleep and our kids aren't either. Sleep is vital for brain development in kids, and cardiovascular and mental health in adults. Yet, experts warn we aren't taking it seriously.

Below is a table of the sleep time recommendations from the Sleep Foundation:

We know the struggle so many parents face: Trying to get your child to sleep and get enough sleep yourself.

Experts say good sleep habits are learned. So, we asked a sleep coach and a pediatrician to teach us how to help our kids become good sleepers, so we can get some sleep, too.

"I know for me, there comes a certain point where I need to sleep or I can't function," said Catie Guzman.

The mom of two decided to hire a sleep coach with baby number two, daughter Gemma.

"With my son, I remembered the sleep deprivation that I went through," she said.

She hired Lauren Proffitt. Lauren is a doula and Mommywise-trained sleep coach with CLE Baby.

"By the time she left, I could put Gemma down, totally awake, she would fall asleep on her own, she was sleeping 12 hours through the night," said Guzman. "It's been a life-changing experience for our family!"

So, what's the secret?

Proffitt also recommends the nursery accessories of black-out curtains, a white-noise machine, and a sleep sack.

He recommends the four B's: bath, read a book, breastfeed or bottle, and then go to bed.

"You got to put your baby down sleepy but not sleeping is the key," said. Dr. So.

He said it is important for them to learn to fall asleep on their own and not in your arms.

He also recommends to always follow safe sleep guidelines. He says you should put baby down alone, on their back, and in their crib on a firm mattress. Doctor So also recommends sharing a bedroom, but not the same sleeping surface, for at least the first six months.

He said he often hears two common fears among parents.

The first being the fear of aspiration with putting baby to sleep on their back.

“They fear their child aspirating, especially if they have reflux, and they’re going to choke, but studies have shown that’s not the case,” said. Dr. So. “If the baby's lying on their back, they all turn their heads and spit up and they don’t aspirate. They have a very good gag reflex."

A second common fear he said is that baby doesn’t like the position of being on their back. That they’re uncomfortable. He said that is not the case and it’s important to start doing this from the beginning.

"Once you've established a good bedtime routine, babies up to four months, they might sleep all night," he said.

He noted that the first few weeks at home with your new baby, the goal should be helping them learn to grow and feed, rather than sleep.

"Normal stomach-emptying time is every two-three hours," he said about newborns. "So, your baby's going to be up every one-and-a-half to two-and-a-half hours to feed, and sleep doesn't exist. The first six weeks is the most tiresome part of parenthood.”

Bottom line: Parenthood is exhausting but doesn't have to be endlessly sleepless. Do not be afraid to ask for help if you think something is wrong. Doctor So says your pediatrician a good place to start. They can rule out any medical issues that may be impacting your child's sleep.

“If have problems with older children, with nightmares or night terrors, or you think they might have some type of obstructive sleep apnea, we do have pediatric sleep specialists who can do sleep studies and take a thorough history about sleep hygiene,” said Dr. So.

The cost of sleep coaching varies depending on the service but check with your representative because it may be covered by your FSA or HSA.