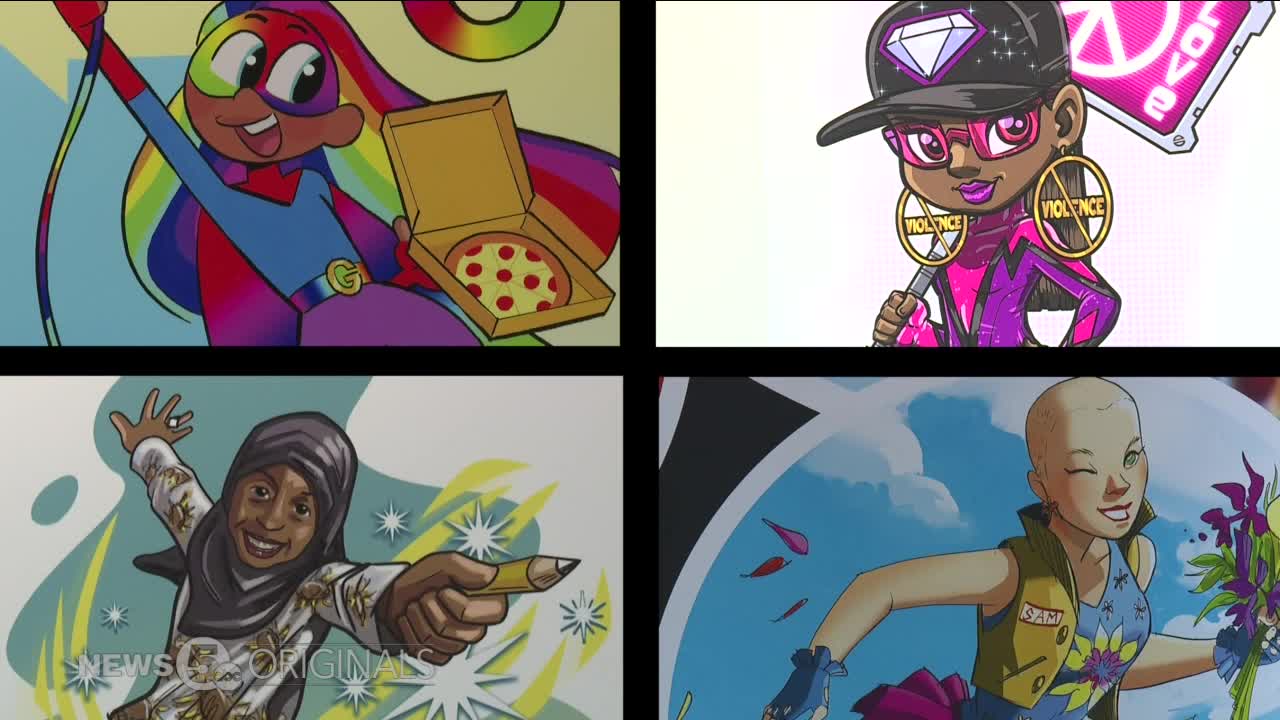 They may face challenges that many people could only imagine but some of Northeast Ohio’s youngest heroes are getting the respect and recognition they deserve. 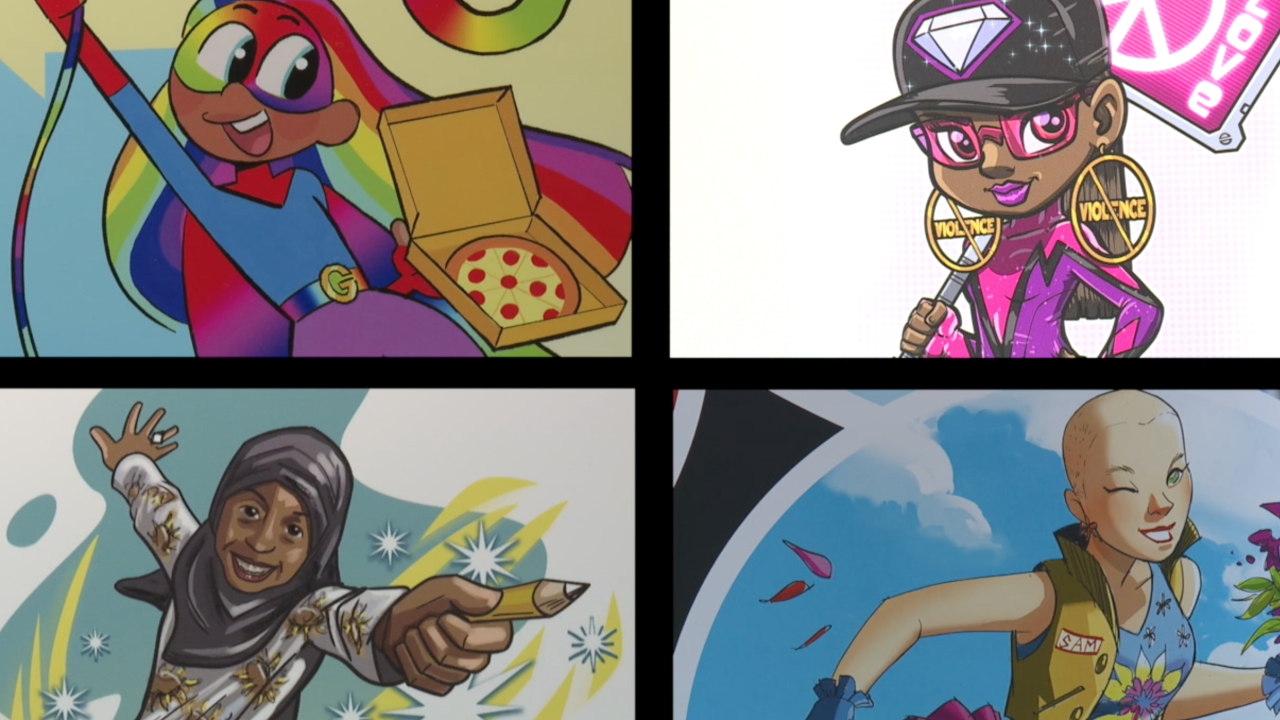 CLEVELAND — They may face challenges that many people could only imagine but some of Northeast Ohio’s youngest heroes are getting the respect and recognition they deserve. A unique art gallery opening this weekend in Cleveland’s Collinwood neighborhood will feature young boys and girls of color that have special needs or face life-altering illnesses.

The gallery is the brainchild of Lisa Kollins, the founder of The Superhero Project. The non-profit pairs boys and girls facing unique challenges with professional artists who re-imagine the children and young teens as a superhero in their own story. Using a lengthy interview, Kollins learns about each child, gaining insight that is eventually incorporated in the superhero.

“The kids hardly ever talk about what illness they have or if they have a disability. It’s really about what they are interested in and what’s important to them,” Kollins said. “It really helps them think about themselves as a whole person to visualize what they want to do, what they want to be and how they really want to improve the world.”

On Friday at Waterloo Arts Gallery in Collinwood, dozens of the superheroes will go on display, each one depicting a child of color. That population is often doubly marginalized, Kollins said, by their minority status and their disability or illness.

Amanda D. King, an artist-activist, wrote the introduction that will hang next to the display.

“We as artists, we as community members, must always center the humanity, the dignity and the power of young people like the people represented in the Superhero Project,” King said. “It’s even more important that we kind of center their experiences as well as show them in a different light, a light that counters the narratives of the many stereotypes that are associated with being a young person of color and having a disability.”

Callahan said when Kollins approached her about the idea of display, it was an easy thing to sign off on.

“I think it’s just hugely inspiring,” Callahan said. “I think it’s a great show because the artwork is so good and we never put artwork up in our gallery that we don’t think is really excellent artwork. But it’s also the story behind it.”

The gallery goes on display beginning at 6 pm on Friday evening. It will be on display for about a month.