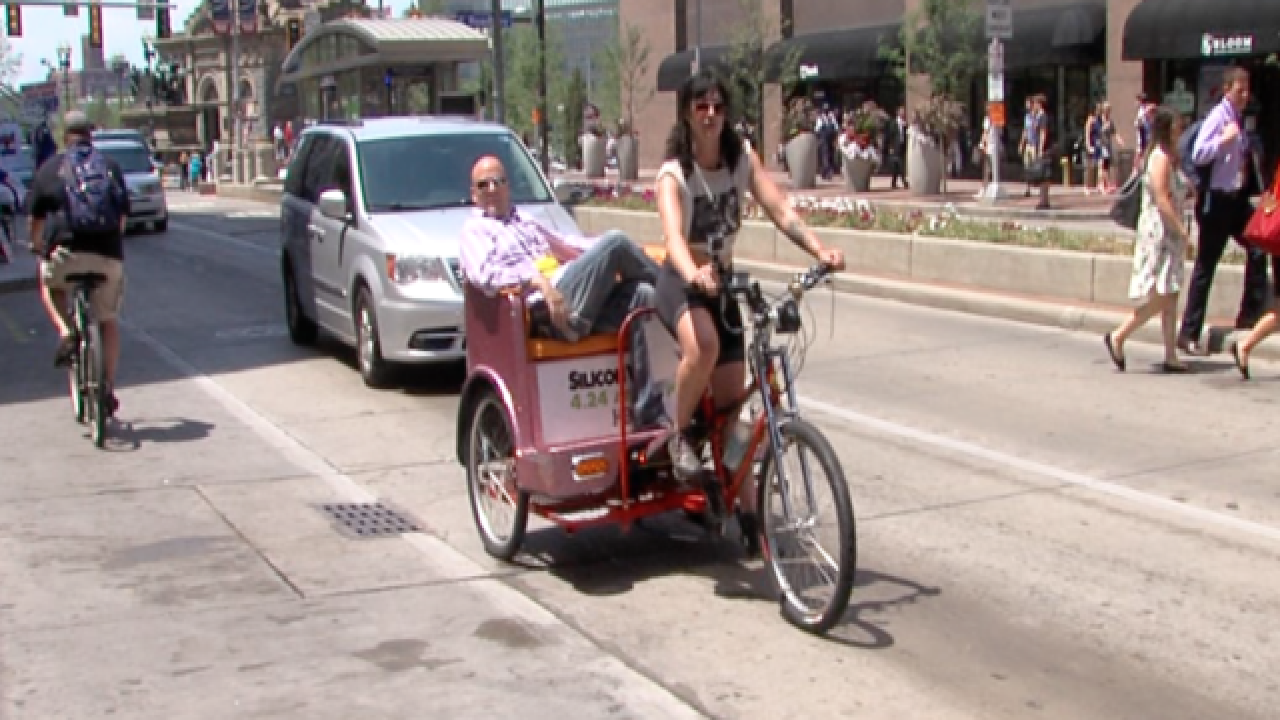 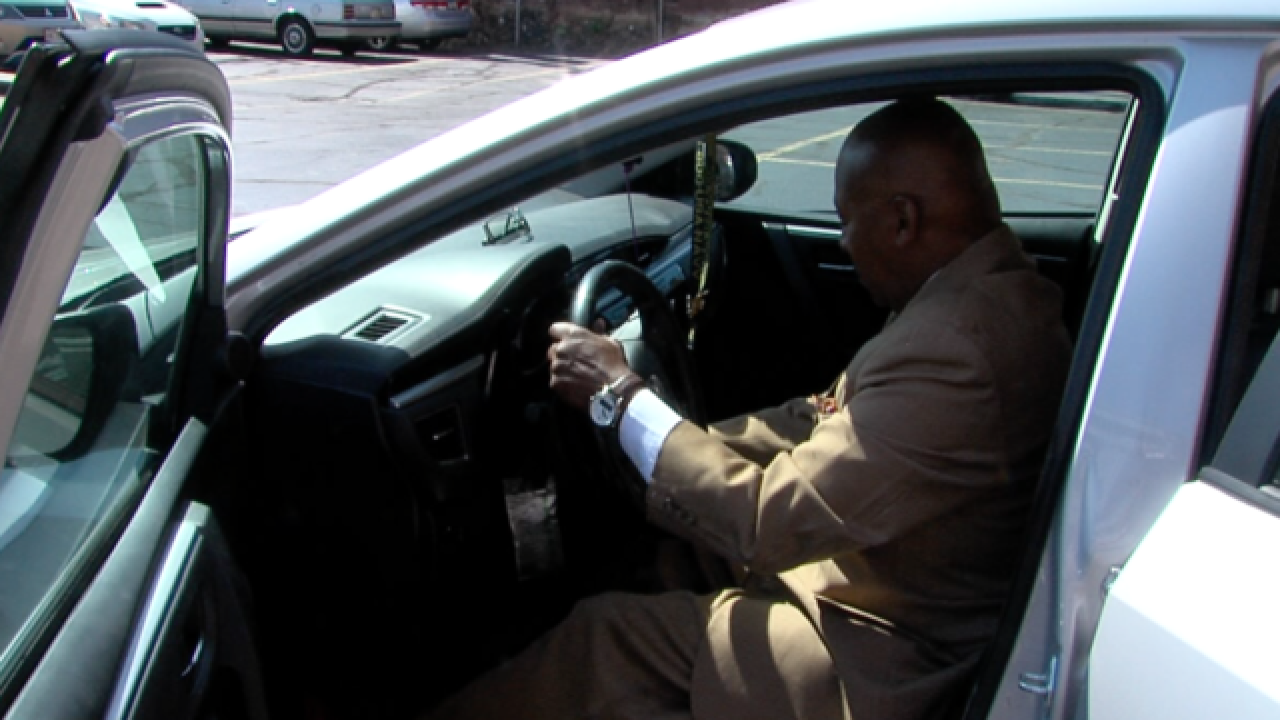 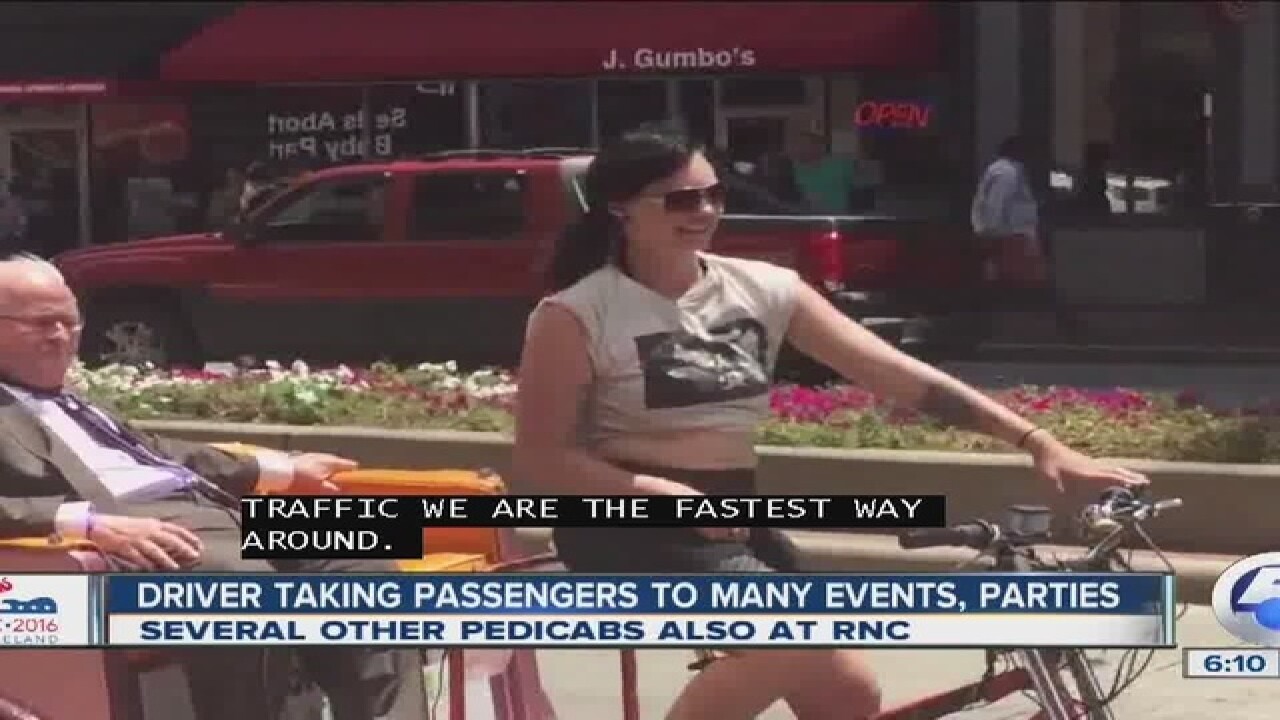 Some local businesses have seen less than expected sales this week with the RNC, but some out-of-towners told us they’re doing well.

“Sometimes I work 12 hours a day. I think my longest shift has been 16 hours,” said Blaze J from Wisconsin. She traveled to Cleveland with a camper that’s parked 30+ blocks away from the heart of downtown.  “I have a gym membership that I shower at,” she explained.

The camper is complete with a generator to keep things cool all while business is hot.  “Right now I’m rented out,” she told a potential customer as she peddled us around Public Square.

This is Blaze’s first political convention and so far she’s keeping the wheels of her economy going. “It’s been consistent. Not everyone wants a ride but it’s been plentiful,” she explained.

Blaze said she has worked many big gigs across the country including Mardi Gras and she plans to peddle her wares at next year’s Super Bowl in Houston, TX. “When it’s bumper-to-bumper traffic we’re the fastest way around,” she told us.

Blaze has been picking up passengers this week and taking them to parties, events, restaurants and more throughout the downtown area.  She’s joining several other pedicab drivers who are using their leg power late in the day all surrounded by security. “You drive around at night…a cop on ever corner still. You run into 20 cops just going around the block,” she noticed.

By the end of the convention, she told us riders will help foot her bills and help her be a part of history at the same time. “We definitely have stories to tell,” said Blaze.

Meanwhile, Uber drivers have told us their business is going great with the convention. We caught up with chip Partee, Jr. from Youngstown specifically in Cleveland for the RNC. “Every day I’ve had a large attendance as far as people driving, coming into the downtown area either from the airport or the outskirts of Cleveland,” explained Partee.  “I believe and would have to say that it’s going very well.”

He said many of the riders like the convenience and also appreciate the short 15-minute waits rather than sitting for other modes of transportation. “I even had a gentleman who bought me lunch on Tuesday… He was very pleased with his ride,” said Partee.