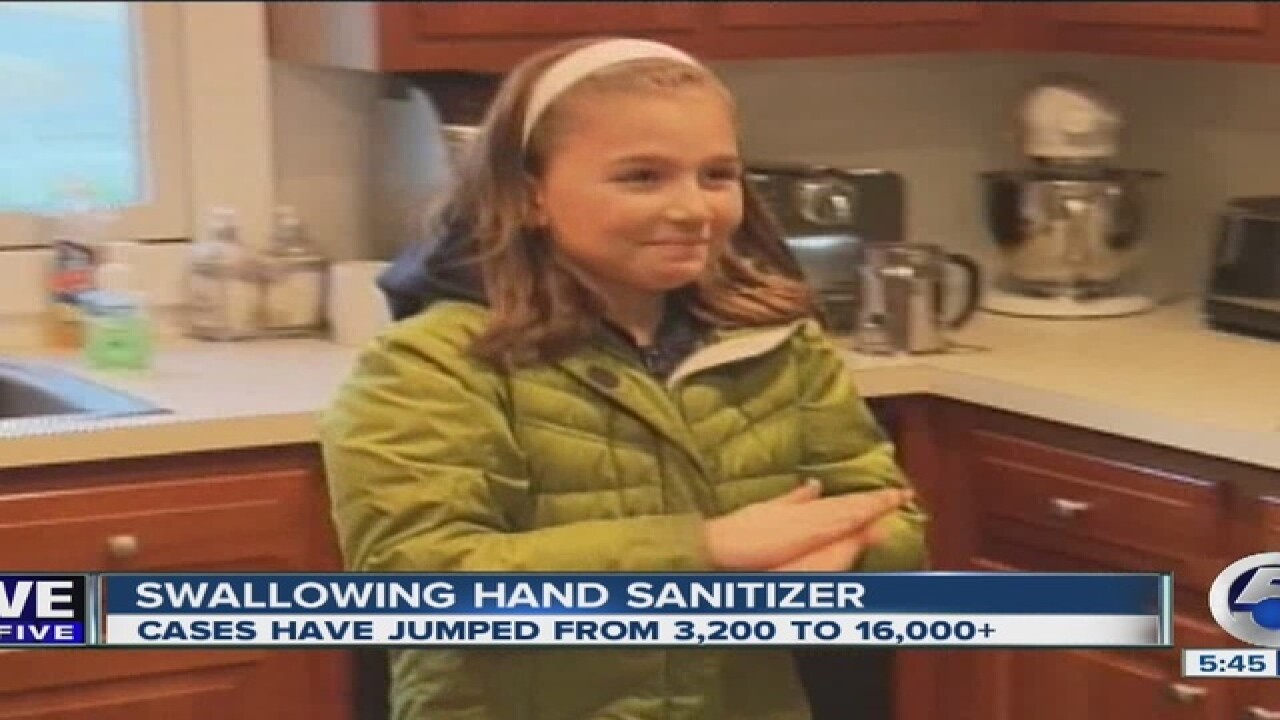 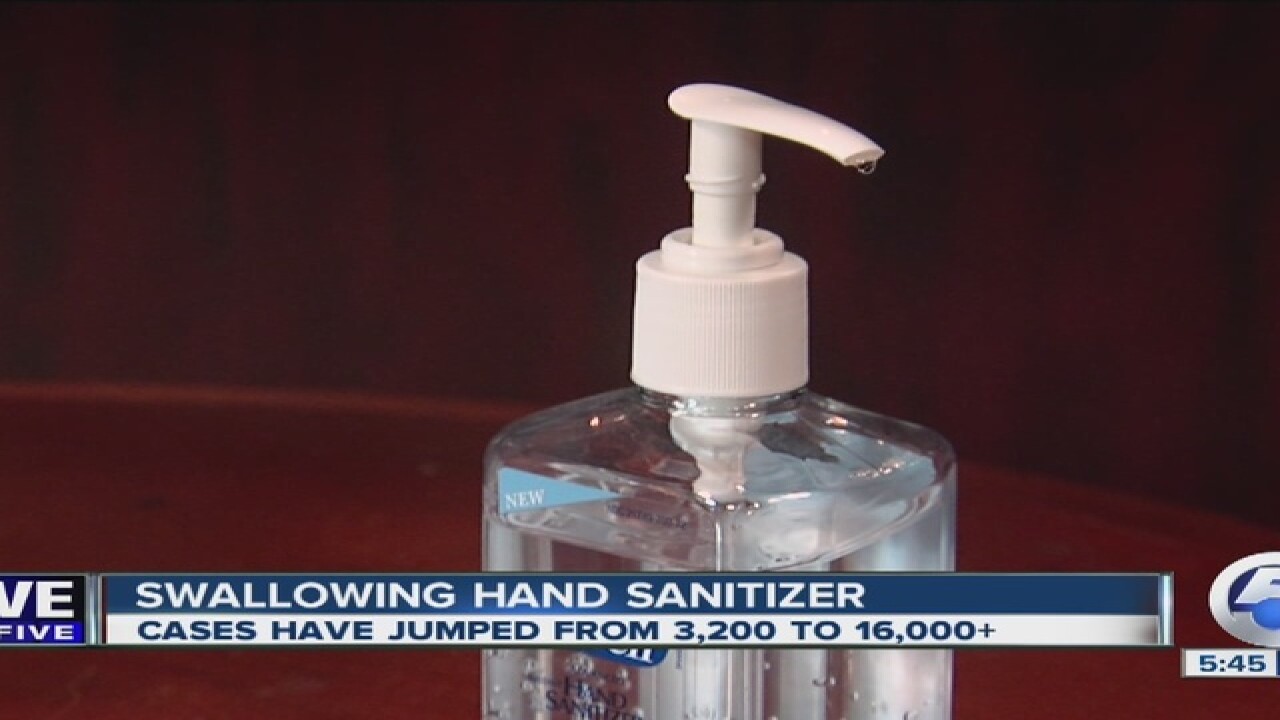 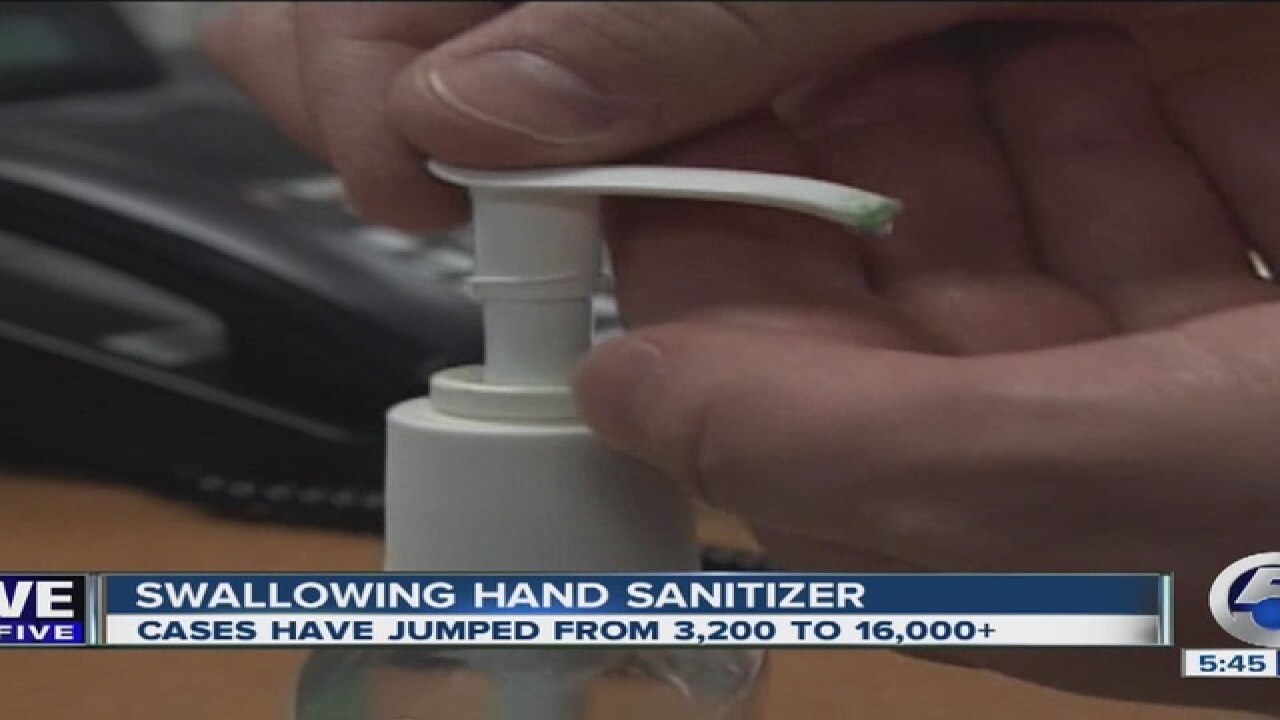 Some of the sanitizers have anywhere from 45 percent to 95 percent alcohol. Compare that to wine or beer at 12 percent and 5 percent and that's a serious problem.

A Georgia Poison Center study shows in 2010 poison control centers across the U.S. reported 3,200 incidents where children under 12 had an issue with swallowing sanitizers. By 2014, that number jumped to more than 16,000.

Some kids report that the taste of the sanitizer was good, even like a strawberry, so they ended up taking three or four squirts of the stuff. That can make a child stop breathing.

Then you have the issue with older kids, teens who do it to get drunk. It's gotten so bad that some school districts have sent letters home to parents about the rampant use. "With older kids, if you get addicted to this—and I say addicted very much like an alcoholic gets addicted to alcohol—you could end up with the same kind of problems that people who overindulge in alcohol,” said University Hospitals Rainbow Babies & Children’s Hospital’s Dr. Lolita McDavid.

The best thing to do is talk to your child about the dangers and what their friends are doing with sanitizers. With younger children, keep sanitizers out of reach and monitor how children are using them.