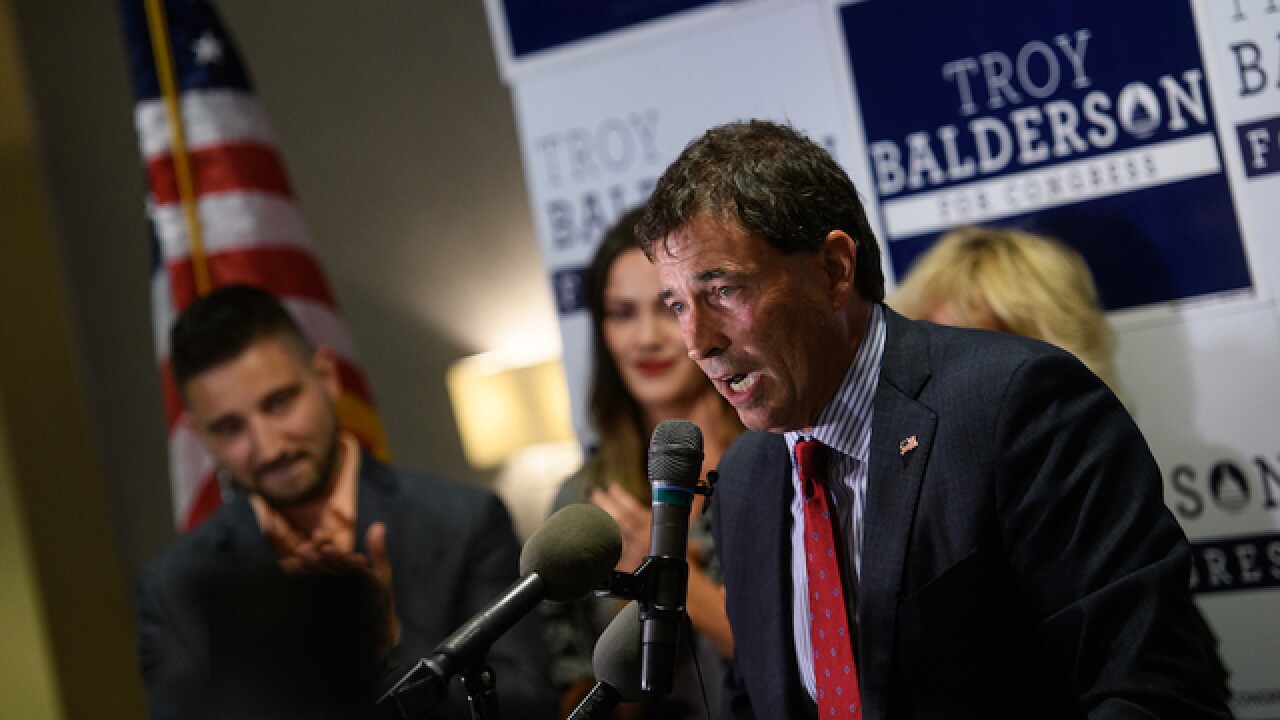 Copyright 2018 Scripps Media, Inc. All rights reserved. This material may not be published, broadcast, rewritten, or redistributed.
Justin Merriman
<p>NEWARK, OH - AUGUST 07: Republican congressional candidate Troy Balderson gives his victory speech at his election night party at the DoubleTree by Hilton Hotel on August 7, 2018 in Newark, Ohio. With less than 1 percent of the votes separating the candidates, the race between Balderson and Democratic challenger O'Connor was left too close to call, with Balderson holding onto the slight lead as the evening ended. (Photo by Justin Merriman/Getty Images)</p> 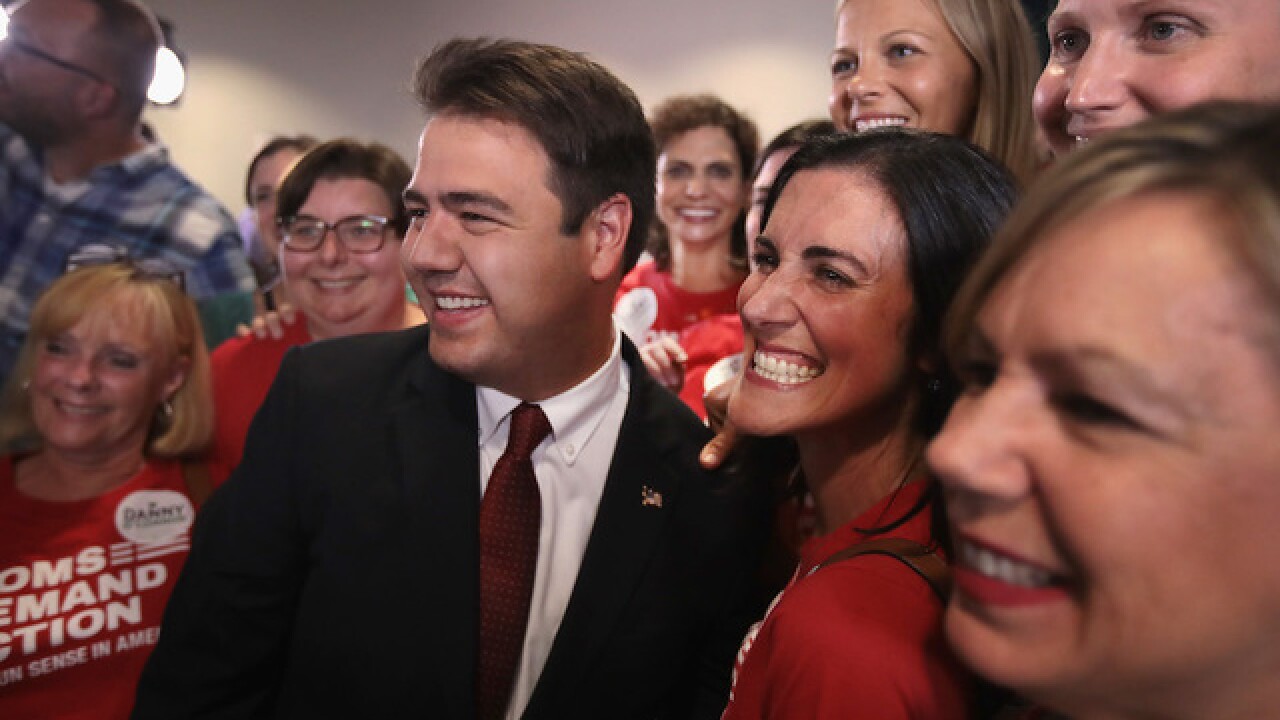 Both parties fought hard to win a congressional re-match in Ohio between Republican Troy Balderson and Democrat Danny O’Connor, with control of the U.S. House in the balance. In the end, Balderson prevailed.

Polling before election night showed O’Connor, the Franklin County recorder in Columbus, closing in on Balderson, a former state lawmaker who won short-term control of the 12th District seat in an August special election. O’Connor raised $7.8 million, including tens of thousands of out-of-state donations — more than triple Balderson’s contributions.

Still, a Democratic win was considered unlikely. Republicans have held the meandering central Ohio district for more than 35 years. GOP President Donald Trump won it in 2016 by more than 10 points.

It became a rare open congressional seat after the retirement in January of long-serving Republican incumbent Pat Tiberi. Tiberi is among a group of moderate Republicans who left Congress under Trump. His predecessor representing the district was Republican Ohio Gov. John Kasich, a vocal Trump detractor and 2016 presidential candidate.

Their popularity with district voters suggests Republicans there are divided over the president, which left the seat vulnerable to a Democrat who, like O’Connor, has supported some Republican ideas. He’s engaged to a Republican who calls herself a “Dannycrat,” signaling she supports her Democratic fiance.