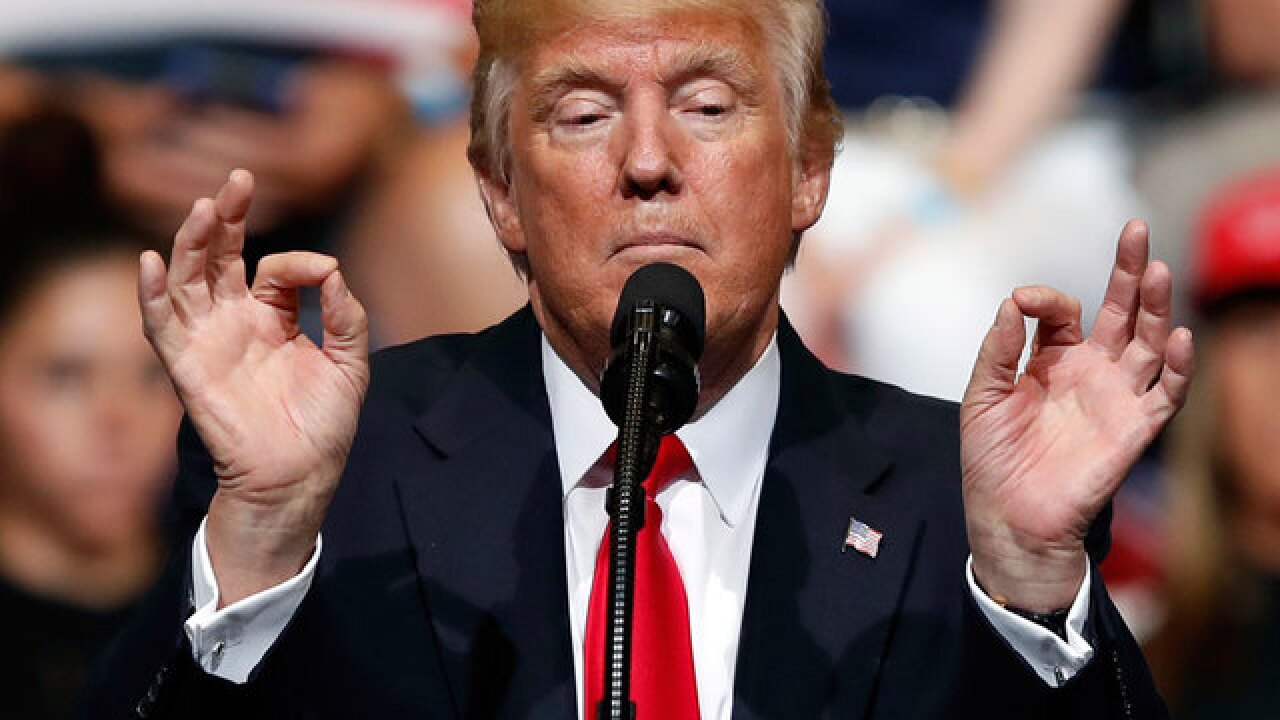 What's happening in the political world:

Trump continues to dispute Russian involvement in election
-- In a series of tweets Thursday morning, President Trump openly disputed claims that Russia meddled in the 2016 election and called out the Obama administration for not doing anything if interference took place. Trump tweeted:

By the way, if Russia was working so hard on the 2016 Election, it all took place during the Obama Admin. Why didn't they stop them?

...Why did Democratic National Committee turn down the DHS offer to protect against hacks (long prior to election). It's all a big Dem HOAX!

...Why did the DNC REFUSE to turn over its Server to the FBI, and still hasn't? It's all a big Dem scam and excuse for losing the election!

Senate GOP to unveil health care bill
--Senate Republicans Thursday finally unveiled their plan to replace the Affordable Care Act, and the bill includes cuts to Medicaid and the elimination of taxes on the wealthy.

The unveiling of the legislation marks the first time that the majority of the Senate GOP conference gets a comprehensive look at the health care proposal. With Majority Leader Mitch McConnell pressing ahead for a vote next week, senators are likely to have only a handful of days to decide whether to support or vote against the bill.

A draft circulating late Wednesday showed the Senate legislation would still make major changes to the nation's health care system, drastically cut back on federal support of Medicaid, and eliminate Obamacare's taxes on the wealthy, insurers and others. The Senate plan however would keep Obamacare's subsidies to help people pay for individual coverage.

The House passed its version of health care reform last month, but while Republicans celebrated that bill with Trump at the White House, the President has since called it "mean."

Video shows Trump committing "golf sin"
-- Anyone who golfs regularly knows the sport is a game of unwritten rules: Keep quiet during a player's backswing, don't step on a fellow golfer's line, play quickly as to not hold up other groups.

However, if you own the golf course and are the President of the United States, you get a little leeway.

Video shared on Twitter -- reportedly taken at Trump National Golf Club in New Jersey -- shows the president breaking one of those unwritten rules and driving a golf cart on the greens of one the course's holes.

The caucus said it's open to "discussion and debate about policies," but Chairman Cedric Richmond said: "I fail to see how a social gathering would benefit the policies we advocate for."

CNN and Newsy contributed to this report