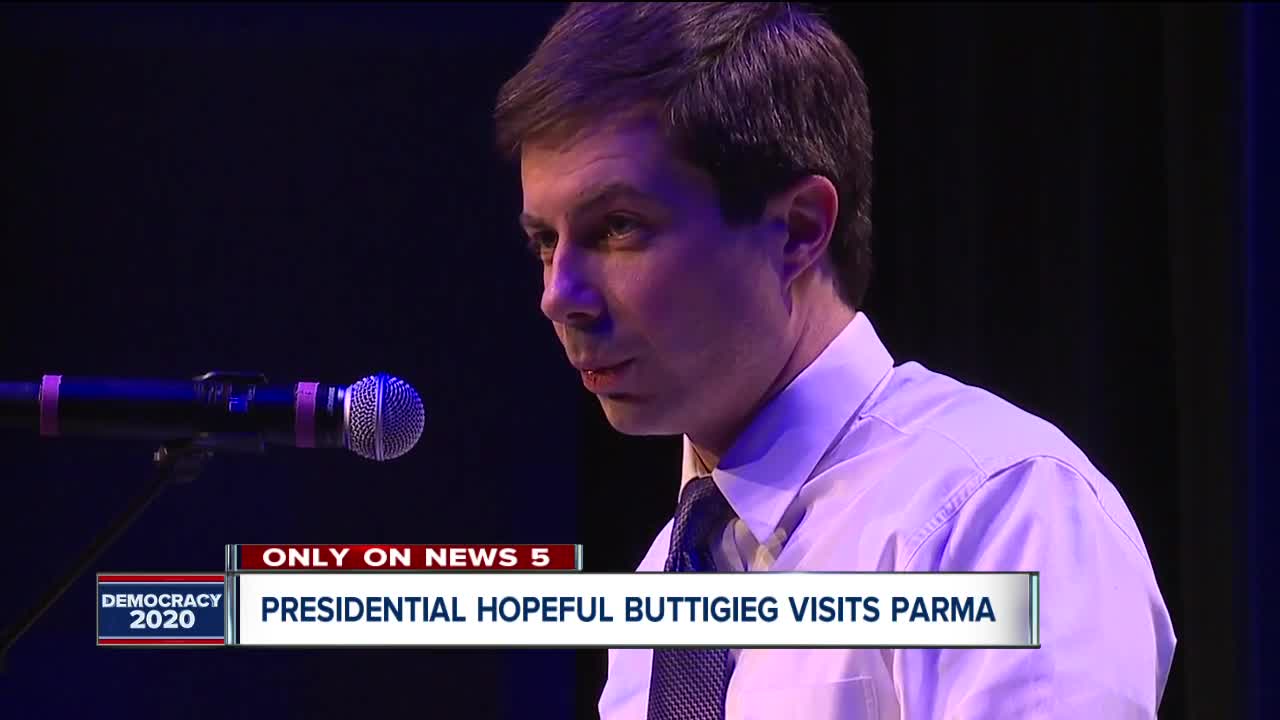 The Ohio primary may still be more than a year off but one of those seeking the Democratic nomination for President made a stop in Democratic voter-rich Cuyahoga County Tuesday night. 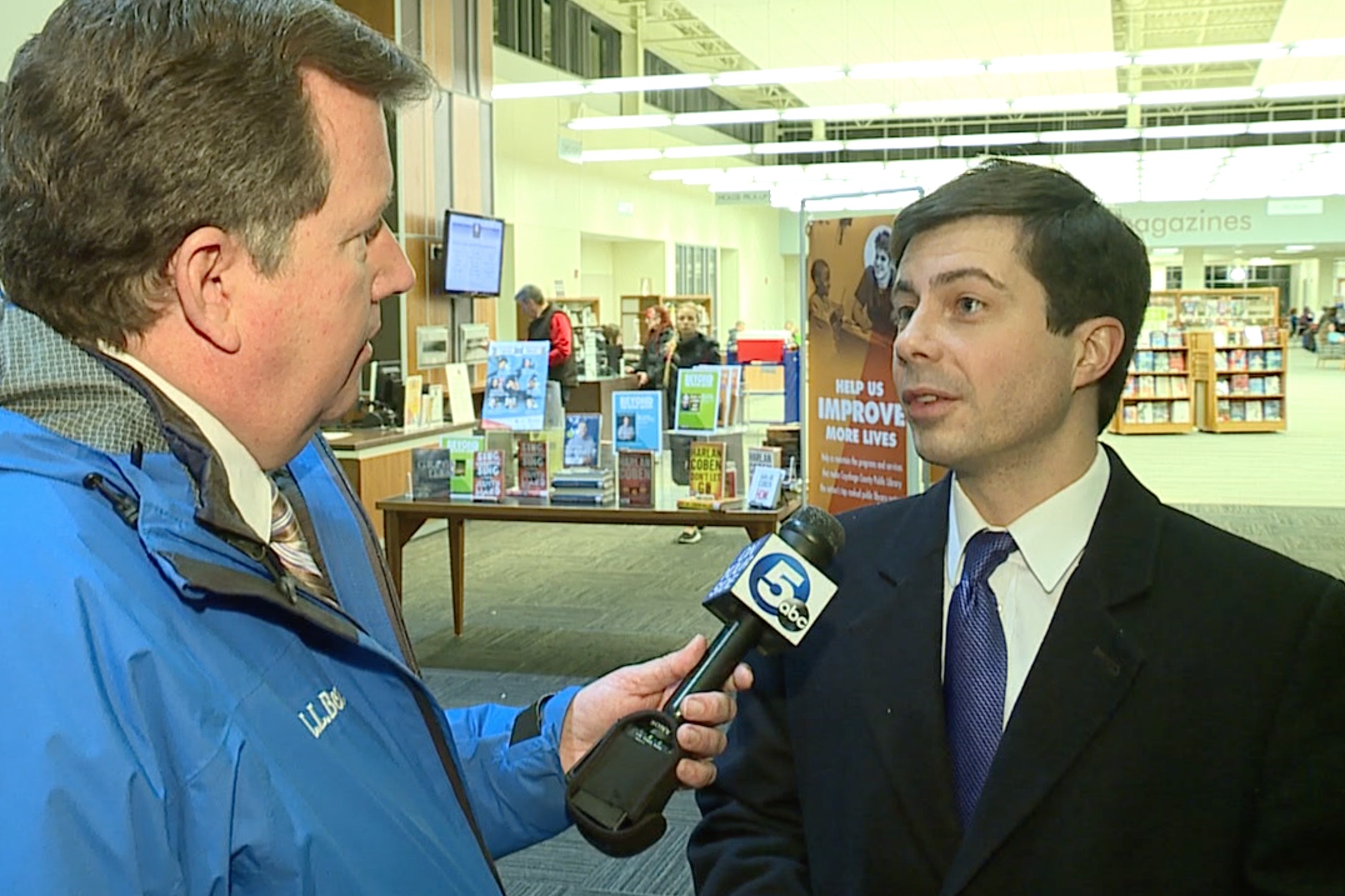 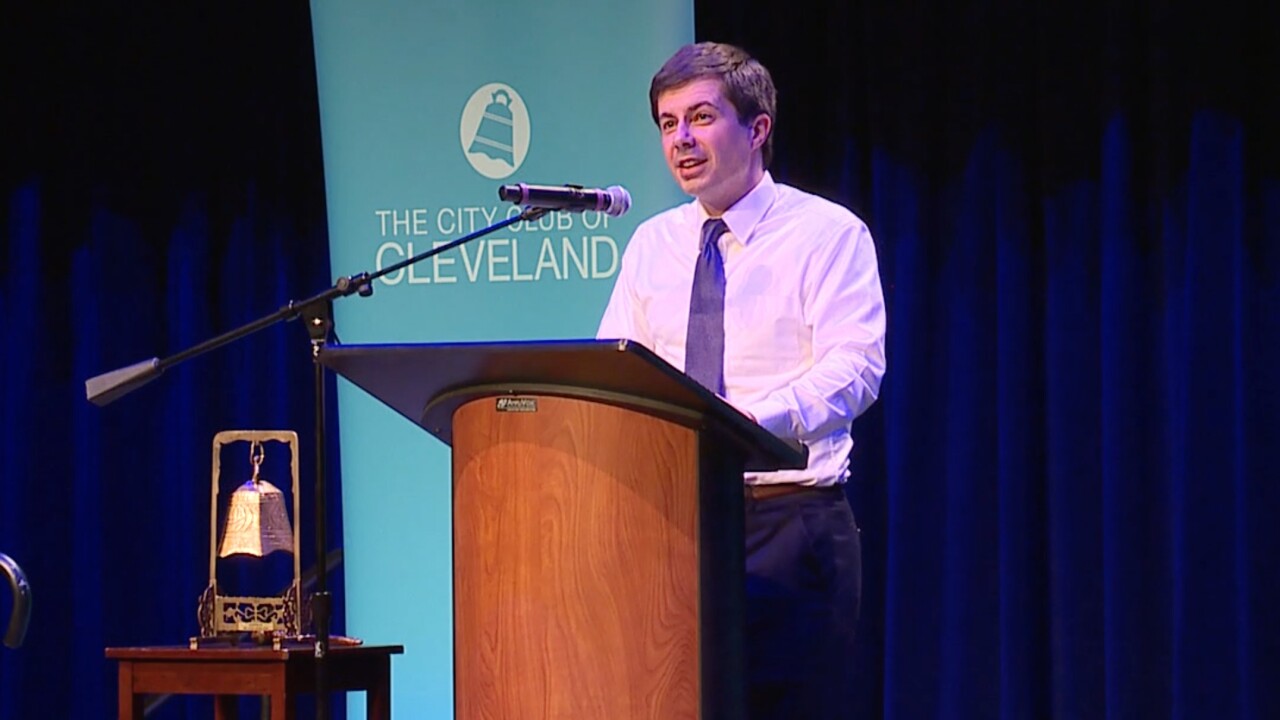 PARMA, Ohio — The Ohio primary may still be more than a year off but one of those seeking the Democratic nomination for President made a stop in Democratic voter-rich Cuyahoga County Tuesday night. The two-term mayor of South Bend, Indiana Pete Buttigieg, 37, spoke to a crowd of close to 400 at the Snow Road Branch of the Cuyahoga County Public Library on the day his new book "Shortest Way Home" was released.

Buttiegieg is not your typical presidential hopeful, he's a millennial, military veteran, Rhodes Scholar, openly gay mayor of a city that is not all that much larger than the one he came to visit this night. So what qualifies him for the job?

"I understand the audacity of somebody young and somebody who is the mayor of a mid-size Midwestern city entering the 2020 conversation but I actually think that we would be better served if Washington started looking like our best run cities and towns rather than the other way around."

As a millennial Buttiegieg believes he has a perspective that other candidates don't that will resonate with voters of all ages.

"What I found was that voters from an older generation are equally concerned about the future because they want to make sure that they are passing on a country and a world than the one that they inherited," he said.

"One thing I think about a lot is what the world will look like in 2054? That's God willing when I will reach the current age of the current president and when you're thinking about the world in that year as a personal issue for you, something you were planning for, then I think you take some of these questions around climate policy or for that matter fiscal policy a little more personally and you view that kind of generational question with a sense of urgency."

Tuesday's appearance comes just a few miles from the Cleveland home of U.S. Senator Sherrod Brown who is weighing a run for the Democratic presidential nomination. Buttigieg doesn't believe they would be seeking the same Midwest lane to the nomination.

"I think I'm pretty different from all of the other people in the conversation. I certainly admire and respect [Sherrod Brown] and for that matter all of the others in this," he said. "But I'm not sure it's automatically the case that many years in Washington or a lot of time in Congress makes you better suited for this office."

As he looks to make a name for himself in what is shaping up to be the most crowded Democratic presidential field in decades, Buttigieg is just hoping voters remember his name which is pronounced kind of like BOOT-a-judge or BOOT-edge-edge.

When asked by News 5 for his take on the proper pronunciation of his name, the South Bend mayor waited a beat and replied "Pete."