In a non-COVID world, DNC would be underway in Milwaukee with a likely first stop in Ohio 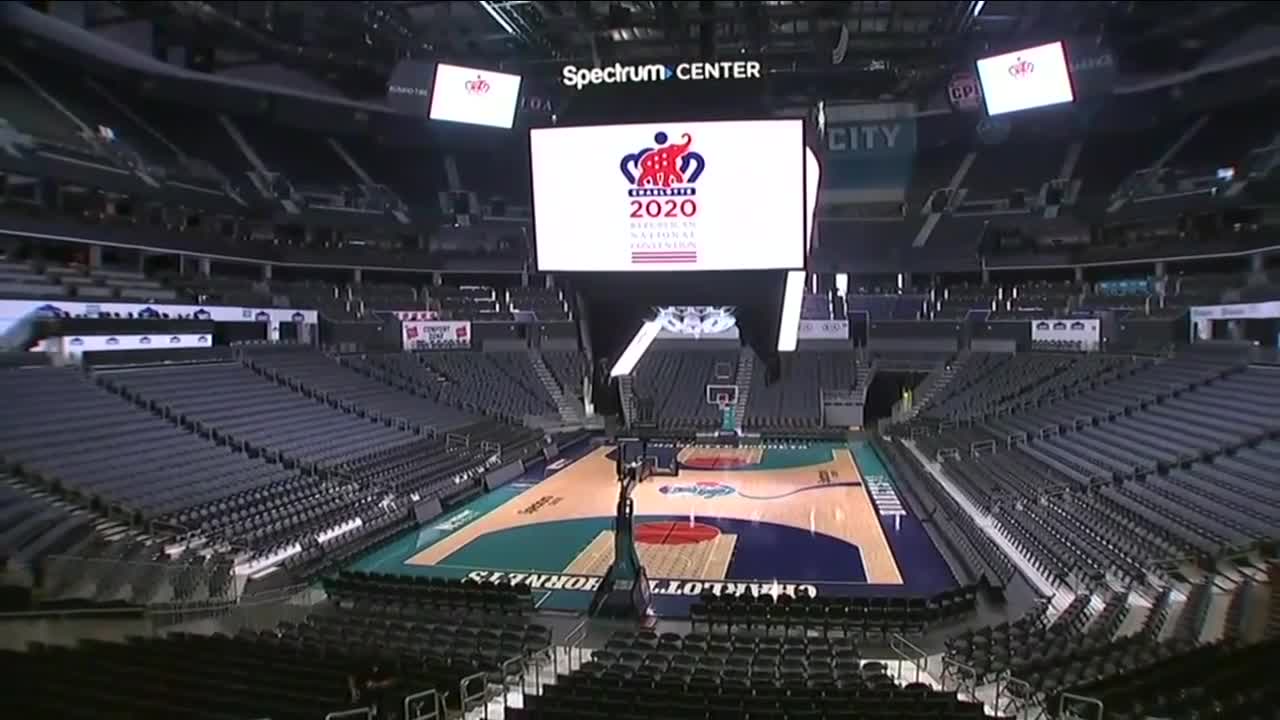 CLEVELAND — Four years ago, the City of Cleveland was in a full-court press to get ready for the opening of the Republican National Convention on June 18 of that year. They were steps the City of Milwaukee had hoped to be taking as the Democratic National Convention was supposed to be underway this week. The coronavirus pandemic however forced at first the postponement of the convention until next month, initially in the hopes the extra time what allows them to hold a traditional convention, but it soon became clear to party officials that would not be an option.

“Well it's presented a lot of new challenges most importantly that you can't do anything face to face and so the biggest face to face event in a presidential campaign is the national conventions for both parties,” said News 5 Political Analyst Dr. Tom Sutton. “So this week we were supposed to have to Milwaukee convention for the Democrats which Biden would accept the nomination we'd have a vice-presidential pick by now and instead it's been moved back to August 17 to the 20 and it's going to happen virtually. They're calling it 'Anchored in Milwaukee, the convention across America' in which most of the delegates won't even show up they'll be voting by proxy.”

The Republicans meanwhile moved their closing night festivities out of Charlotte after the governor of North Carolina wouldn’t commit to allowing a full house in the arena for a traditional acceptance speech. Florida however has become a hot spot in the pandemic with record numbers of new cases being reported and a growing number of Republican representatives saying they won’t be attending.

"This is a moving target and really we're not going to know until probably maybe a few weeks before the actual event what's going to be happening,” Sutton said.

At this stage of past presidential campaigns the candidates, their running mates or their surrogates were making almost daily trips to Ohio in an effort to make inroads in the battleground state but this year it is a campaign being played out on television and social media since March 10, the night of Super Tuesday and a week before the Ohio primary when both Joe Biden and Bernie Sanders at the last minute canceled rallies scheduled for Cleveland that night. What was then thought to be a pause in the action turned out to be the suspension of play.

Biden has carried out his campaign from his home in Delaware and the campaign headquarters in Philadelphia with the president doing the same from the White House.

“In some ways the energy that Trump derives from these big events, Biden may be having the advantage because he actually does better in a controlled setting where he’s given a prepared speech, not as spontaneous. He loves a crowd as well but quite frankly he does better with a prepared speech that may not have a crowd that distracts him from what it is he needs to say.”

Sutton believes the campaigns will return to traditional campaigning at some point this fall and in so doing return to Ohio.

"Because the constituencies we have within Ohio represent those constituencies in several other states in the Midwest that could swing either way,” he said. “Quite frankly if you concentrate in Ohio, be it, Biden or Trump, you might have in a sense a state coattail effect where what happens in Ohio then carries 1, 2, 3 or more of those other states in the Midwest for your candidate."

Register to Vote in Ohio Check your registration status status Request an absentee ballot Track your absentee/vote-by-mail ballot status Full Election Guide
Report voting problems
Have you witnessed a problem or irregularity at a polling place here in Northeast Ohio? Fill out the form below or email wewsnewsdesk@scripps.com immediately, and we'll investigate.