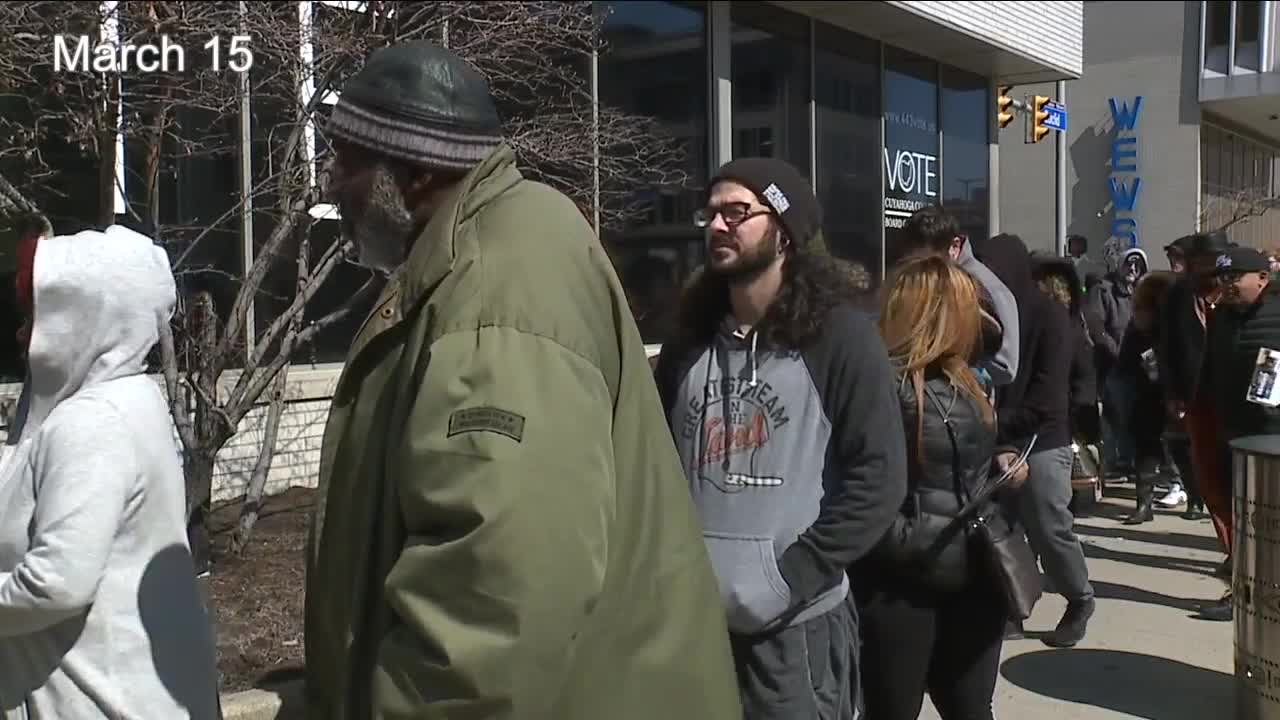 CLEVELAND — Forty-two days after Ohioans were to have played a role in deciding who would be the Democratic nominee for president we will see the results from people who voted as early as February in the state's primary election. The election was postponed because of the coronavirus pandemic and made an entirely vote by mail contest with that voting extended.

Around two million ballots were mailed out to voters with about 75% of them returned already, the rest had to be postmarked by Monday or dropped in secure ballot box in the parking lots of the state's 88 county boards of elections by 7:30 p.m. Tuesday.

"Each county board has a secure drop box right there at their facility that'll be available until 7:30 tonight ," Secretary of State Frank LaRose said Tuesday. "But at 7:31 those boxes are cleaned out and we start running the tabulations so the clock is ticking."

"If you requested your ballot on time, which noon Saturday was the deadline," LaRose said. "If you got your request in on time but for some reason the mail hasn't reached you you haven't received your ballot by mail you will be given the opportunity to cast what's called a provisional ballot today and so if you're one of those who did request it on time but hasn't received it you may go and cast a provisional ballot at your board of elections that will be put aside to be considered after Election Day."

In this week's Baldwin Wallace University Poll 31% of Ohio voters said they would like to see the November election be an entirely vote by mail contest while 39% said they'd like to see it as it is now a combination.

"Certainly there will be a larger number of vote by mail ballots this November then we're traditionally accustomed to and that's because many Ohioans are learning how safe and secure the process is and so regardless of what happens with the public health emergency my believe is that many Ohioans are going to choose to vote by mail," LaRose said.

LaRose said he'd like to see the legislature modernize some of their practices especially when it comes to the requirement that voters fill out, with pen and ink, physical requests for absentee ballots.

"It just doesn't meet expectations in the year 2020 that people have to print a form, sign it and mail it in just to get their ballot to them," he said. "It's time that we put that process on line and it's time that we told the state to cover the cost of postage for returning those envelopes."