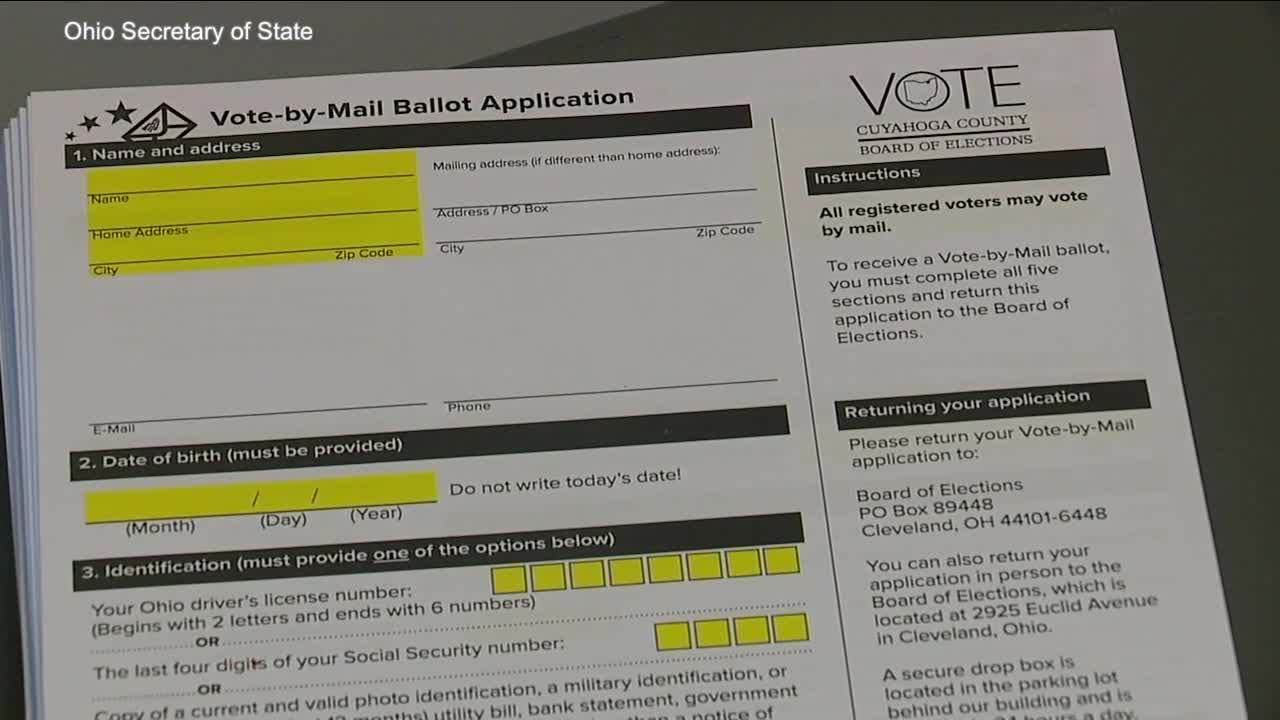 COLUMBUS, Ohio — On social media Monday night, Ohio Secretary of State Frank LaRose tweeted out the "good news for Ohio voters,” that the state's controlling board agreed to mail absentee ballot applications to the state's 7.8 million registered voters. Something the state has actually done since 2012. One comment though caught his eye.

"Somebody said, ‘well why don't you just make election day spread out over four days so that everybody has a chance to vote and you don't have crowding?’ And I said, ‘how about a month?’”

LaRose is referring to the month of early in person voting at your local board of elections and of course, the month of vote by mail.

While both don't start until Oct. 6, you actually can apply for a vote by mail ballot now and Ohio State University election law expert Ned Foley said you should.

"We cannot procrastinate with respect to voting this year, this is not the year to wait,” Foley said.

His comments come on the same day the Republican National Committee put out a release pointing to an article stating voting by mail can lead to disenfranchised voters. Foley said that has happened in states like Wisconsin where voters requested an absentee ballot by the legal deadline but never received one. Something he warns can happen in many states come fall.

Foley said Ohioans learned quickly the value of flattening the curve when it came to battling the coronavirus this year, spreading the cases out so as not to overwhelm the hospital system.

"In the election law world we're talking about flattening the absentee ballot curve meaning not everybody should apply for an absentee ballot at the last minute because if you do you're going to swamp the capacity of your local election workers who are trying their best to meet the demand in what’s going to be a high turnout election,” he said.

That was an issue for Ohio in the primary, even when they were given an extra six weeks. Another problem on display in Georgia last week were the long lines created in part by too few poll workers.

With many traditional older workers not feeling comfortable returning.

"Whether they are rotary clubs or chambers of commerce or churches or business groups that really get involved in poll worker recruitment that is really going to be the difference maker this year,” LaRose said.

In addition the absentee ballot applications when they are mailed out around Labor Day will include a line where people can sign up to be a poll worker if they want this November.