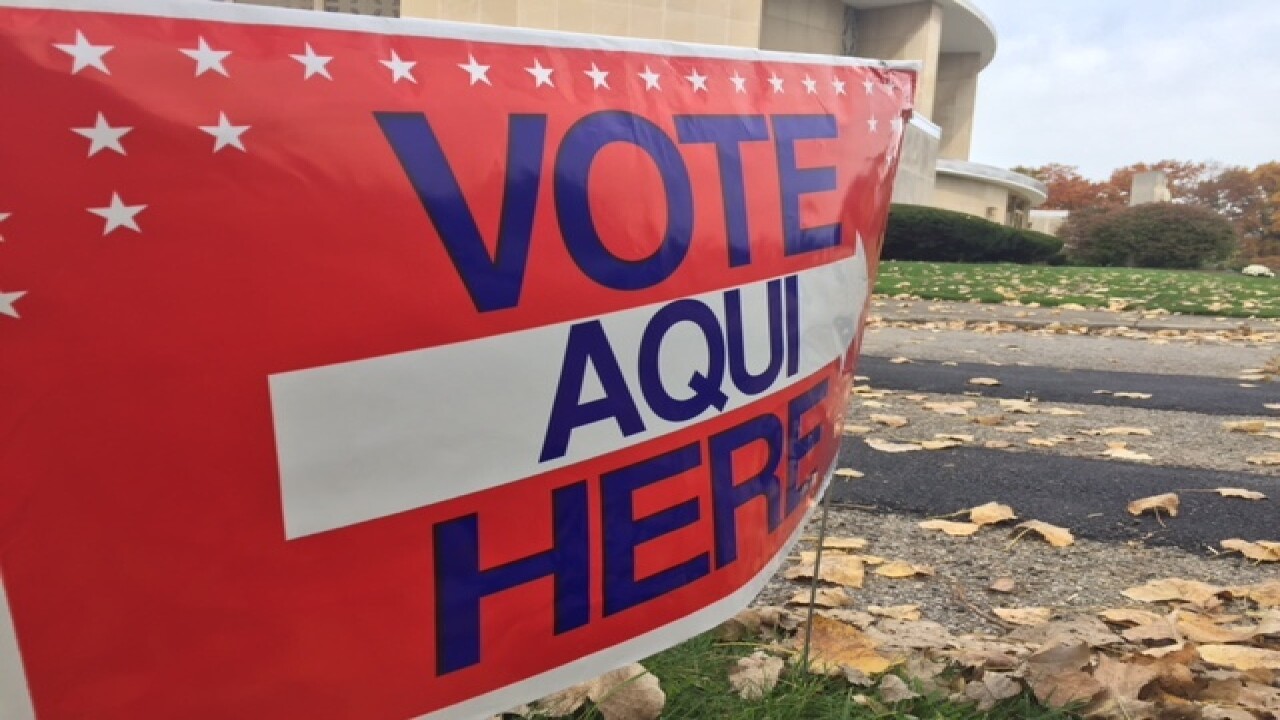 On Your Side Investigators have been digging into problems at the polls during this election day.

The Cuyahoga County Board of Elections told us it called in the Sheriff’s Department after a voter threatened to come back with a gun to a polling place at East 105th and Hampton when they were turned away. Extra security was added, no other incident reported, and investigators said they are still trying to figure out the voter’s name.

Meanwhile, a common theme of problems surrounding IDs came up throughout the day.  David Ratner told us he moved to Cleveland about a year ago but hasn’t yet changed over his California ID to an Ohio ID. “I knew this could be an issue,” said Ratner.

He said he registered to vote a couple of months ago and did his homework about acceptable forms of ID for voting.  Today, he went to Menorah Park in Beachwood and was told he could not vote with his current ID.  He was told to go home and get a utility bill with his address on it. “For my wife, she a mom and she’s not on the title, she doesn’t pay the bills,” said Ratner.

Eventually, a poll worker called the Board of Elections and was told to let him vote. “Every other voting experience I had was very fun and very easy to do.  This was the first time I felt like I had to overcome obstacles to vote which is not how democracy should work,” Ratner told us.

Another man, who didn’t want to use his real name or be on TV, said he went to a polling place in Old Brooklyn and wasn’t even asked for an ID. “I think it’s important. People have died to give us the right to vote,” said the voter. “I don’t think it should be taken lightly. “

He told us he asked a poll supervisor why his ID wasn’t asked for and the voter said the supervisor acted like he was causing problems. “And I said. ‘I am a little concerned’ and she got in my face a little about it.”

He told us he called several places including the Ohio Secretary of State to complain only to be bounced around several times.  He said he’s worried about other IDs that might have been missed. “One of the people that was at the table really believed that ID that I got in the mail was the proper ID. Where is the training? They tell me these people are trained. I feel bad for the guy. I didn’t mean to call him out, but he thought that was the proper ID.”

We talked to Jack Muss who came up to us at one polling location. He’s a first-time poll worker who told us things were quite hectic at 6:30 a.m. for a half-hour straight. “I’ve never done it before with the balloting,” said Muss.

He went on to say the more veteran poll workers on his team had to help him out in the beginning. “In fact, they would take things from me and do it for me until I could see what they were doing. As time went on it got easier and easier.”

Muss said he took a three-and-a-half-hour class and a test before being tapped for Election Day duty. “It’s a crash course. And it’s like, how do you run a scanner and I’m like… I just know basic electronics. There’s no way I’m going to learn all that in this little amount of time. “

Meanwhile, poll workers had other issues to deal with. The Cuyahoga County Board of Elections said it had to call in police officers to a Westlake polling place to remove a “poll-watcher” who was being disruptive.