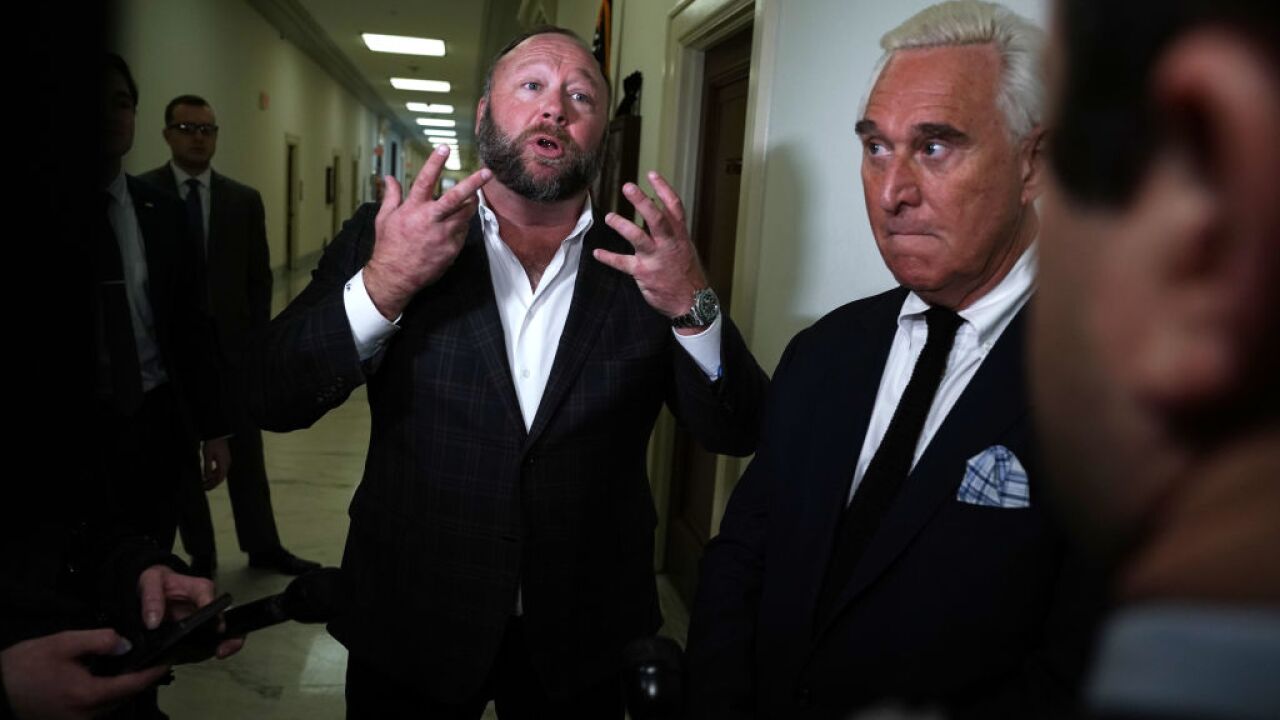 CLEVELAND — A federal judge has dismissed Infowars radio host and conspiracy theorist Alex Jones and two of his associates from a lawsuit filed by a man claiming his rights were violated when police arrested him for trying to burn an American flag during the 2016 Republican National Convention in Cleveland.

The lawsuit was filed in 2018 by Gregory Lee Johnson, whose arrest for flag burning at the 1984 Republican National Convention in Dallas led to a U.S. Supreme Court invalidating state flag-burning laws.

Johnson’s suit claims Cleveland police officers lied when they said Johnson set himself on fire and that Jones’ associates lied about being injured during the flag-burning attempt.

Judge Solomon Oliver ruled Friday that statements Jones’ associates gave to police are protected and can’t be used in the lawsuit.