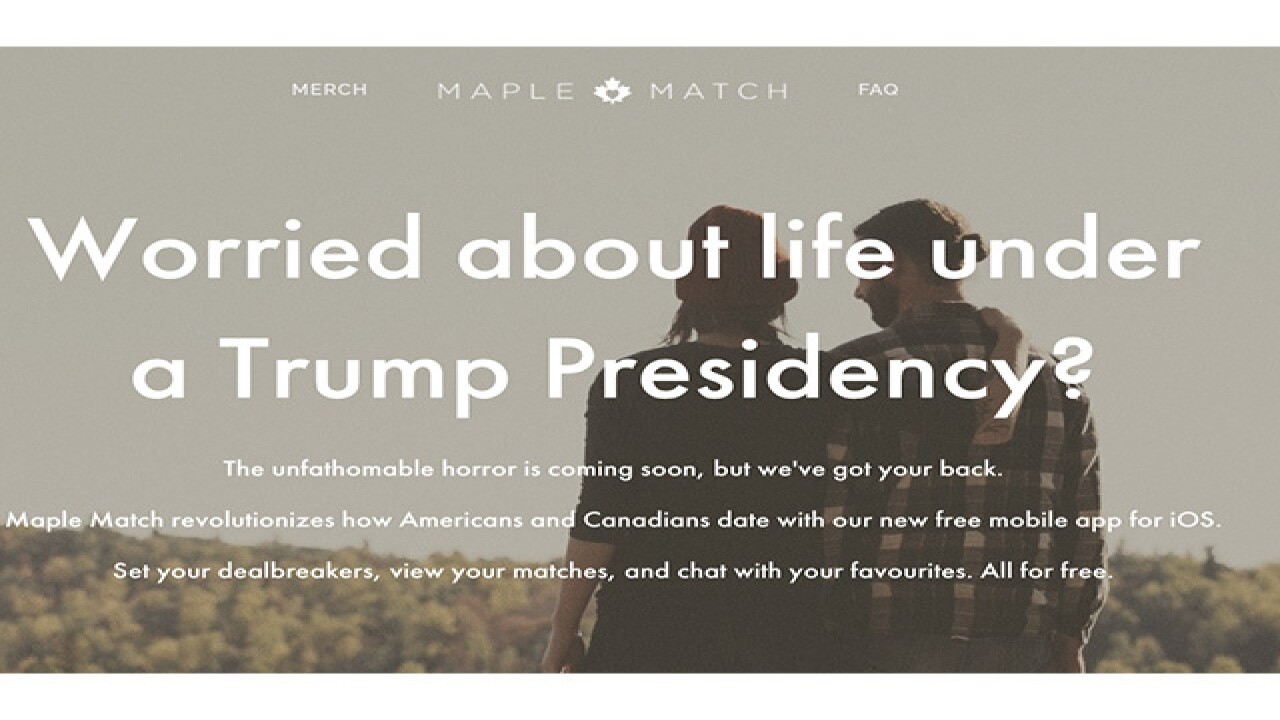 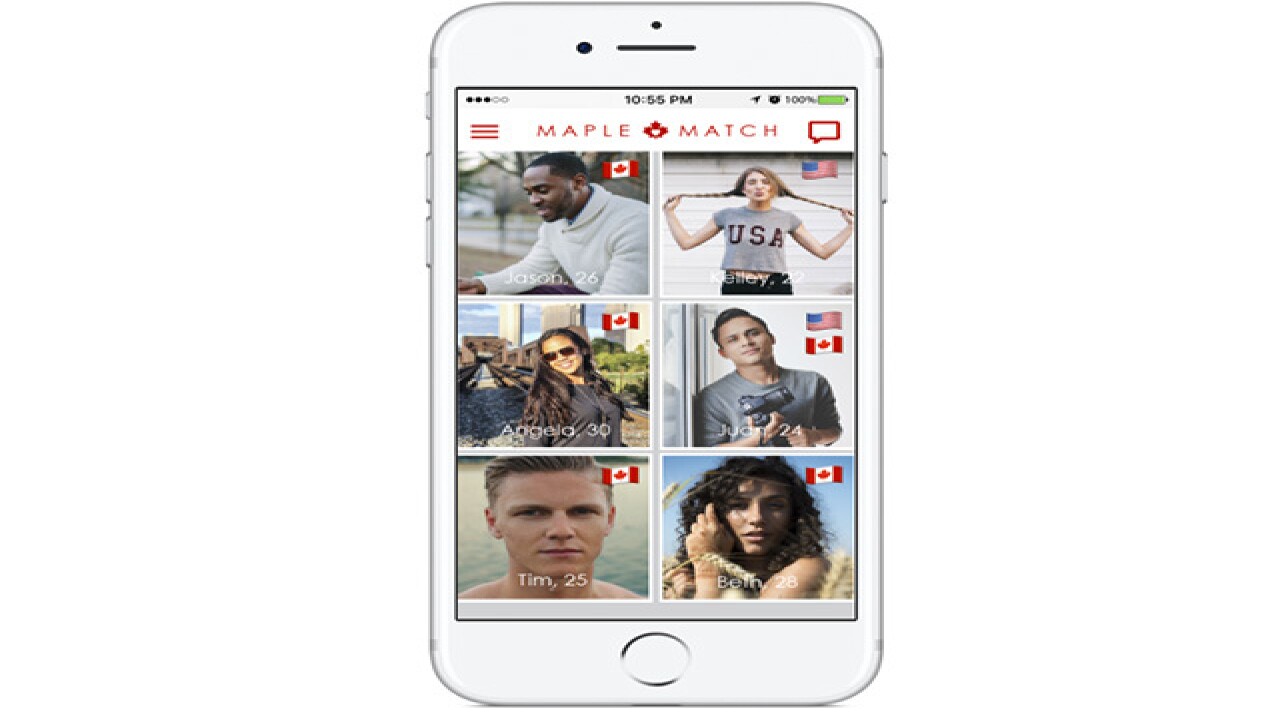 After the Canadian Immigration website crashed, a new app is using the charged post-election atmosphere as an opportunity to unite Americans with their neighbors to the North.

A new dating app and website called Maple Match is a website that gives its users the "freedom to date internationally," and matches people by survey answers.

On their main page, they ask "Worried about life under a Trump presidency?" It then goes on to say "The unfathomable horror is coming soon, but we've got your back."

The site says they also include more options for gender identities and preferences than any other dating site.