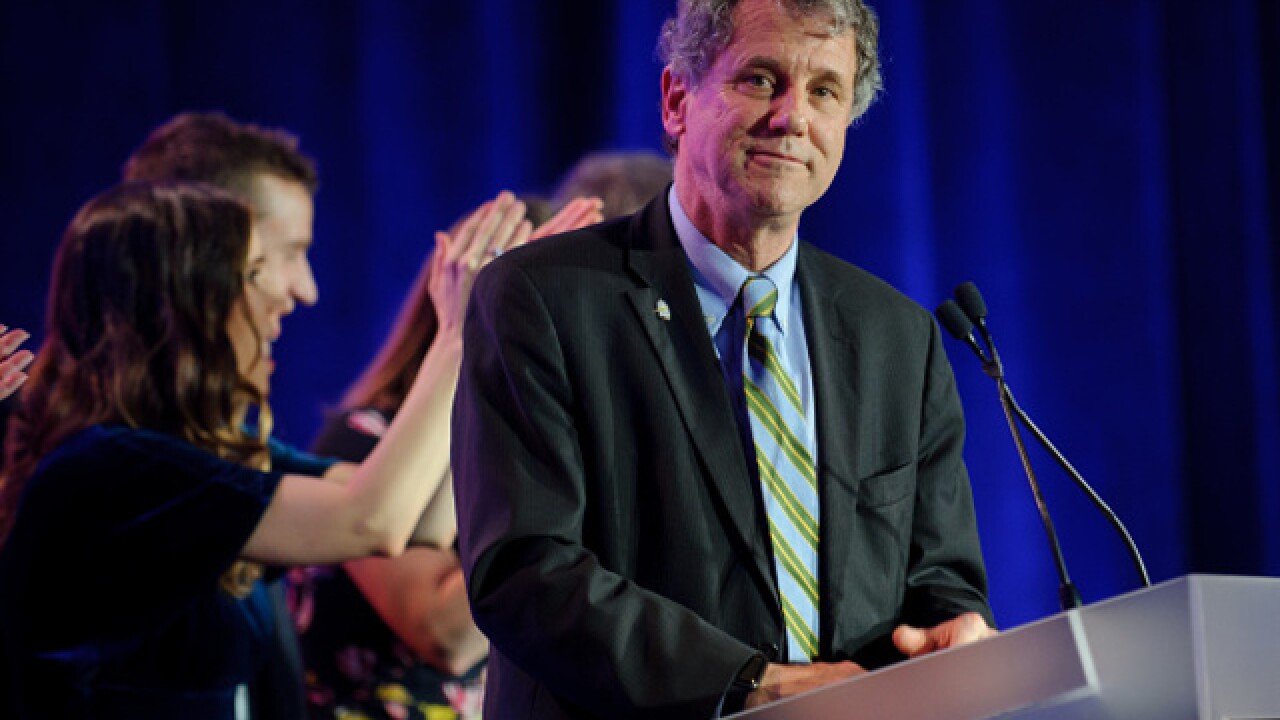 Sen. Sherrod Brown said on Monday he is considering running for president in 2020,  the Columbus Dispatch reports.

Brown, a Democrat who won a third term in last week's midterm elections, said on MSNBC that he is receiving inquiries from people who have expressed interest in him seeking the White House.

Recently he was focusing all his efforts on his reelection campaign, but with a win, he told MSNBC today that "it's been pretty overwhelming."

"Certainly the national Democrats are going to be looking at him and approaching him about the possibilities of 2020," said News 5 Political Analyst Dr. Tom Sutton of Baldwin Wallace University after Browns win last week over Republican Rep. Jim Renacci.

Brown's wife, Connie Schultz, took to Facebook to gauge the level of interest in Brown running for president. After an hour, the post has received almost 1,000 comments with people giving their opinions and more than 2,000 likes.

On Morning Joe Brown said he believed his victory in a state that went Republican for governor and the other row offices was something the Democrats could learn from moving forward.

"I'd go look at my campaign in many ways as a blueprint not just to govern and I don't mean false modesty here but not just to govern but to prepare for 2020. A blue print where the focus is on workers regardless of what kind of work you do," Brown said.

Brown reportedly will discuss the possibilities with his family over the upcoming holidays and he's not the only Ohioan weighing his political options. Governor John Kasich is also mulling another run for the White House.

Appearing last week on ABC's "The View" Kasich said as things stood right now he'd do well in New Hampshire in a primary challenge against President Donald Trump but get trounced in the south.

"In the Republican Party it's pretty hard because it's kind of locked down right now but we don't what's going to come in the future," he said adding that he believes there's growing momentum for a third party candidate.

"I think for the first time there is a legitimate chance for a third party candidate because if you have the Republicans on the extreme and the Democrats on the extreme there's a big wide open space in the middle," Kasich said. "So all of my options are on the table."