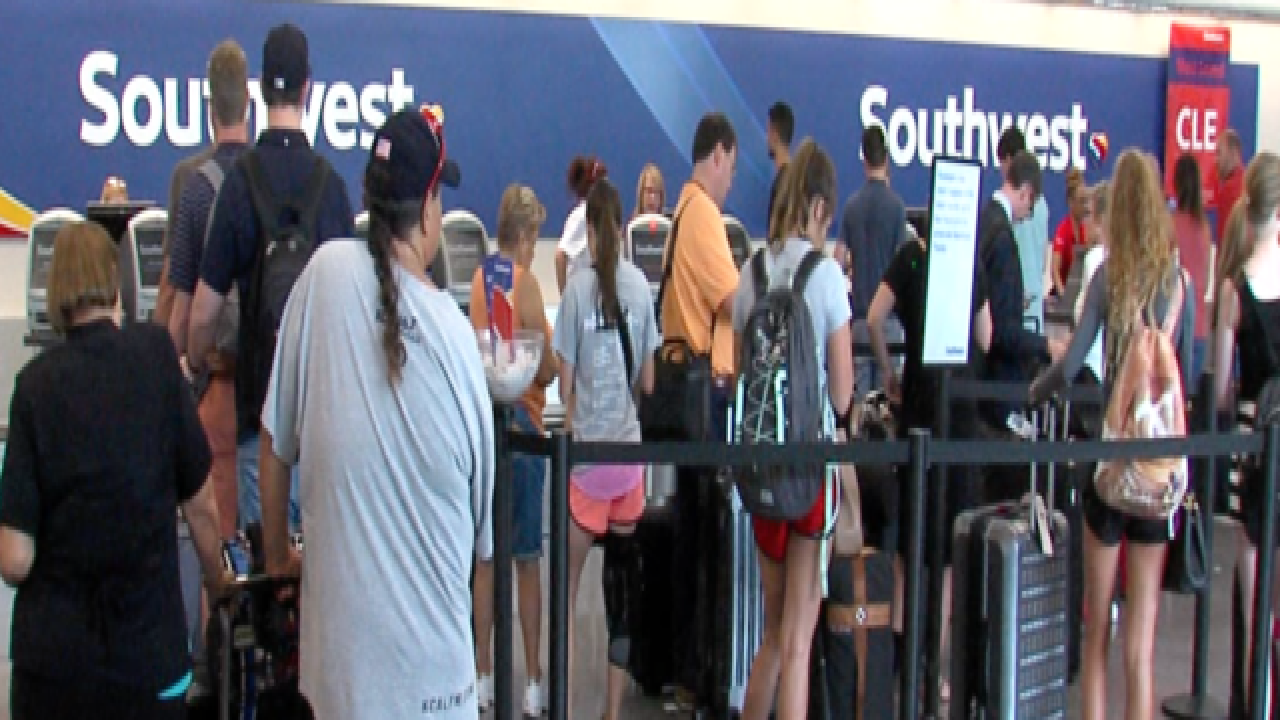 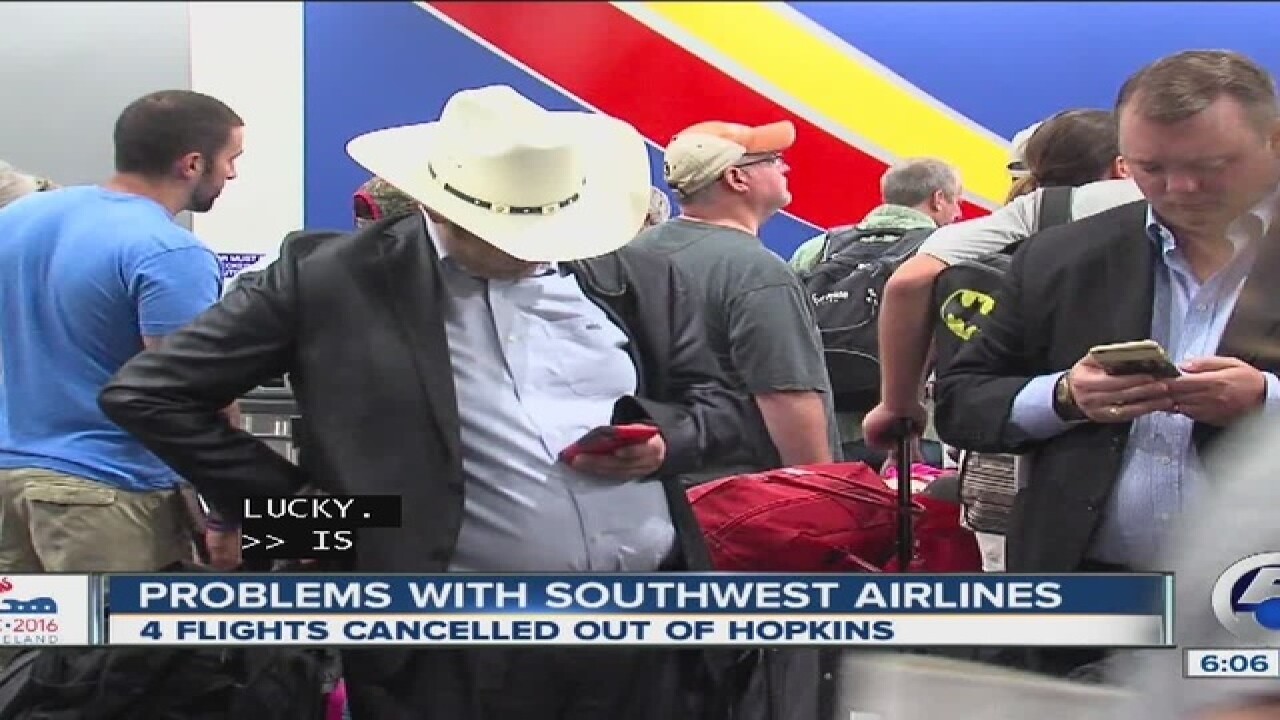 The old saying goes, “Timing is everything.” Some Republican National Convention passengers at Hopkins International Airport did not have good timing with Southwest Airlines today.

Hopkins had prepared months for all of the increased travelers related to the RNC. Reps knew 20,000 people would be trying to get home after the convention, but they didn’t know that Southwest would have its flight management and reservation systems go down Wednesday affecting flights across the country.

Some people at Hopkins got the bad news that their flights were cancelled. “I wish they would be a little more accommodating at least a smile or suggestion or something,” said Katya Bougaeva who said she was traveling with international dignitaries invited by the State Department. “I understand things happen but they didn’t have anything available until Monday at 7pm.”  A total of 4 Southwest flights were cancelled affecting hundreds of people.

Some Southwest passengers here for the RNC were lucky. “My momma didn’t raise no fools that lived,” said Jacque Osborne from Florida. She said she’s a “savvy” traveler and she knew  there would be long airport lines in the morning after the convention. So, she booked her flight for later in the day. Her delay was 5 minutes. “It’s all good,” she told us with a smile.

But it wasn’t good news for Hopkins where reps had planned for months for things to go smoothly during the convention. “It’s unfortunate the Southwest issue has gotten a lot of attention but we’re trying to work through that and I think it’s going quite well today,” said Airport Interim-Director Fred Szabo.

Another snafu, an RNC program booklet that was handed out created headaches for TSA scanning checked bags. “Because of the ink and the density of it, the machines can’t see through it and it causes an alarm. It makes the TSA believe that there might be something in there,” explained Szabo.

Other than those individual issues, Szabo told us all other aspects of the airport are running well. Extra staffing with airlines, TSA and the airport are handling the vast majority of RNC passengers and others.

On a normal day at Hopkins, Szabo said about 14,000 people come through. On the Wednesday before Thanksgiving about 16,000 use the airport. The 20,000 passengers is the largest amount of people taking off from Hopkins in as long as Szabo can remember.

Here's the response from Southwest:

Hi Jonathan,
Here is the latest:
Southwest® continues to manage through lingering disruptions following performance issues across multiple technology systems Wednesday. As of 10:30 a.m. Central (CDT), planners have canceled approximately 300 flights for Friday, primarily as a result of displaced flight Crews. Our technology systems have been fully restored and we continue to focus on getting Customers and their baggage to their destinations safely.
Our Employees in airports, online, and on the phone are assisting a significant number of Customers and hold times are much longer than average.  In the midst of peak, Summertime travel, we recognize many flights through this weekend were already close to full and as cancellations continue, we recommend Customers who have flexibility explore rebooking on alternate dates beyond Sunday by checking availability on Southwest.com.
Southwest has extended our flexible travel accommodations for Customers who are holding booked travel Wednesday the 20th through Tuesday the 26th of July. These Customers have two weeks from their original date of departure to rebook travel at the original fare, at no additional cost. Customers traveling today should check flight status on Southwest.com and plan to arrive at the airport early.
We extend a heartfelt apology to our Employees and our Customers who are inconvenienced by the disruption in service. We appreciate their patience as we continue our work to make this right.
Copyright 2015 Scripps Media, Inc. All rights reserved. This material may not be published, broadcast, rewritten, or redistributed.