The arrests were made over a course of three days. Authorities said the people arrested attempted to solicit minor boys and girls to engage in sexual activity.

"This trap will be laid time and time again until the message reverberates – don’t buy sex in Ohio," Ohio Attorney General Dave Yost said. "Task forces are a force multiplier and their success is evident in the number of criminals taken off the street."

Authorities said the goal of the operation was to “investigate child exploitation and sexual predator’s activity on the internet.

"We are very pleased with the outcome of the operation. This task force is not going to give up or let up on these types of crimes," said Mahoning County Sheriff Jerry Greene. "If you are someone using the internet to exploit underage children, we want you to know you may be talking to us."

The individuals facing charges are as follows: 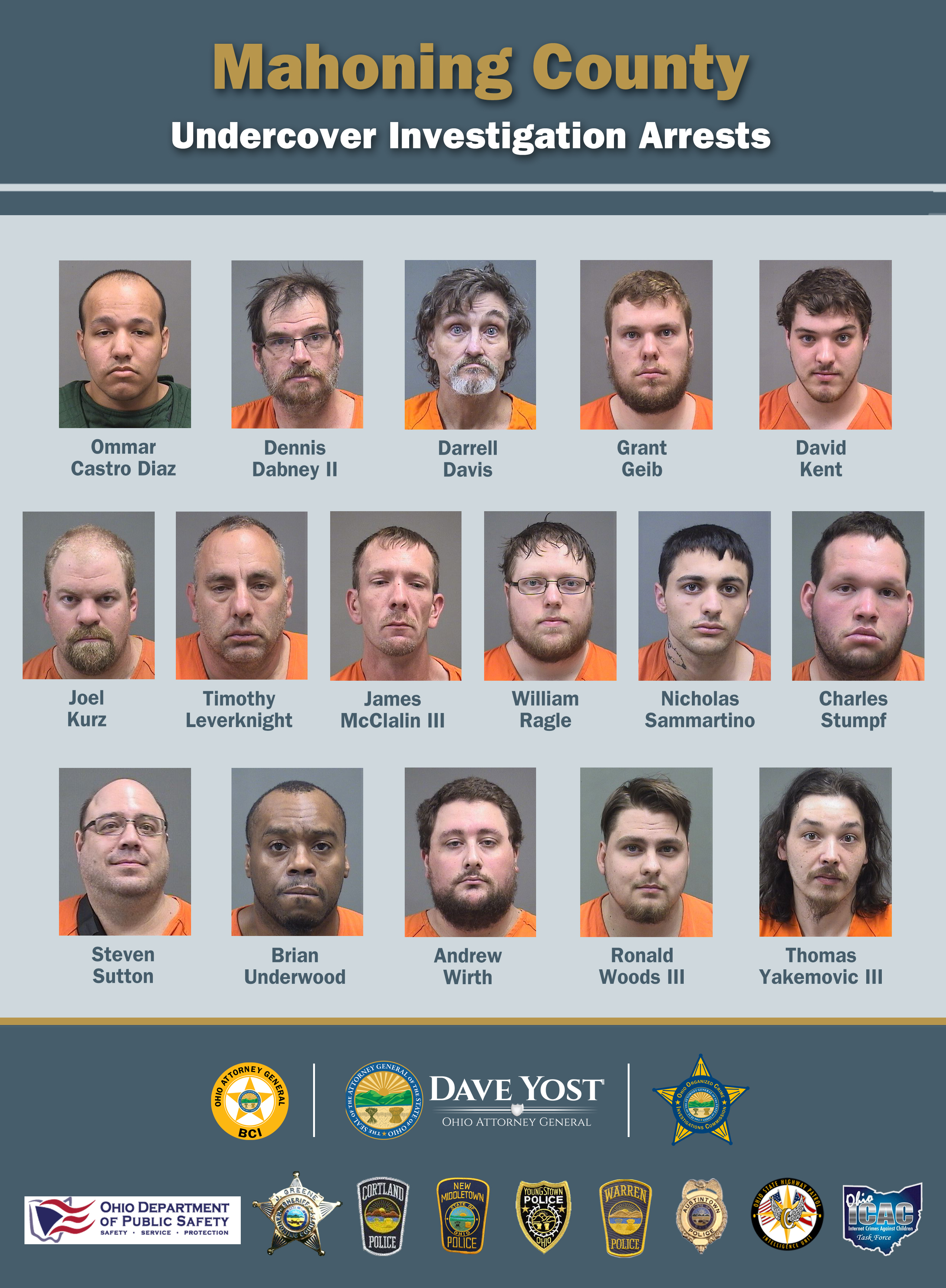 According to authorities, all of the individuals arrested have been charged with importuning, attempted unlawful sexual conduct with a minor and possession of criminal tools—all felonies.