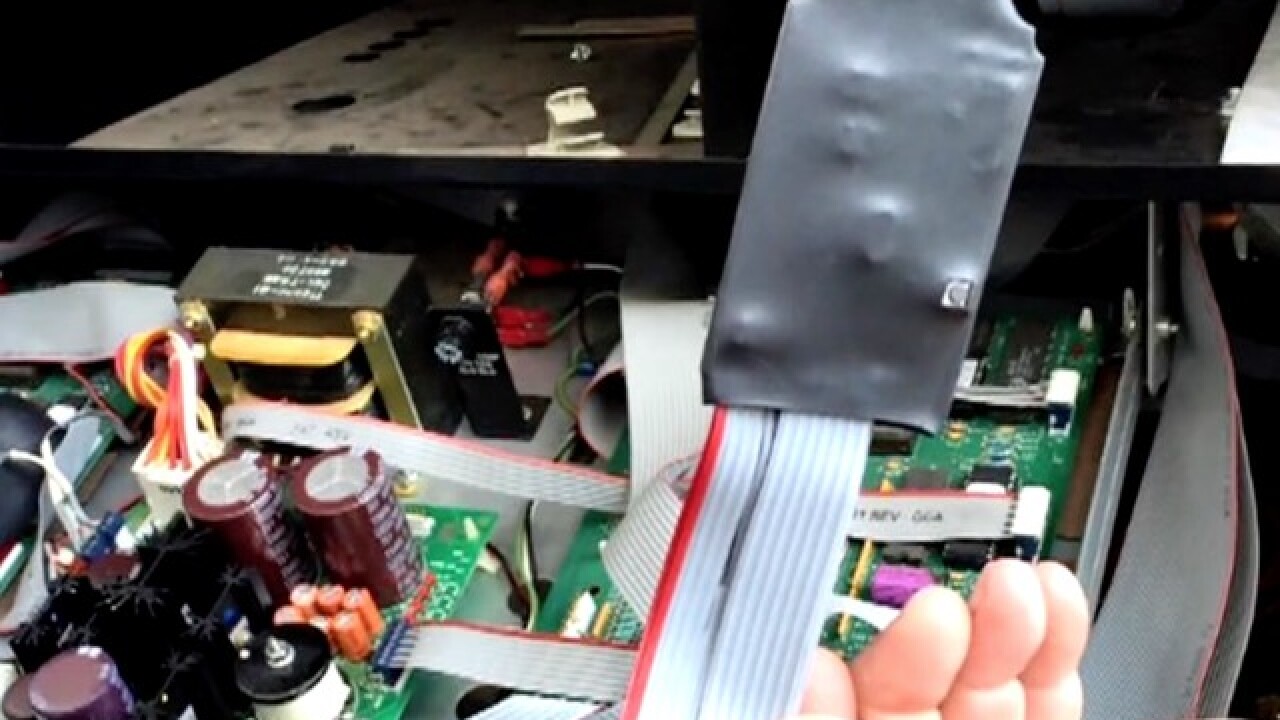 Copyright 2017 Scripps Media, Inc. All rights reserved. This material may not be published, broadcast, rewritten, or redistributed.
<p>New weapons in the fight against skimmers snagging your credit card numbers include an app and 'void' stickers.</p>

Authorities now have the technology to extract data from most types of credit card skimmers used by criminals, according to a news release from the Ohio Bureau of Criminal Investigation and Attorney General's Office.

Credit card skimmers are commonly used by identity thieves to steal card information from customers at gas pumps and ATMs.

According to BCI, authorities are able to remove data from the card skimmers to identify both suspects and potential victims.

Recently police said they were able to identify 700 victims of potential identity theft from a single credit card skimmer they recovered.

Check for fake overlays, which are devices that identity thieves place over existing ATM/gas pump card readers. Most fake overlays are secured by tape. Try wiggling or pulling on the reader before inserting your card. If the device comes off, it is most likely a skimmer overlay.

Check for damage or foreign objects inside the card reader.

Check for a gas pump security seal. Some gas stations place stickers on gas pumps that will turn void if the inside of the gas pump has been tampered with.

Use a credit card instead of a debit card.  If you must use a debit card, run the transaction as credit, if possible.

If a pin code is required to complete the transaction, cover up the pin pad with your other hand. Thieves sometimes place small cameras in card readers to obtain pin code information.

Pay inside at the cashier instead of paying at the pump.

Monitor your credit card and back accounts regularly.