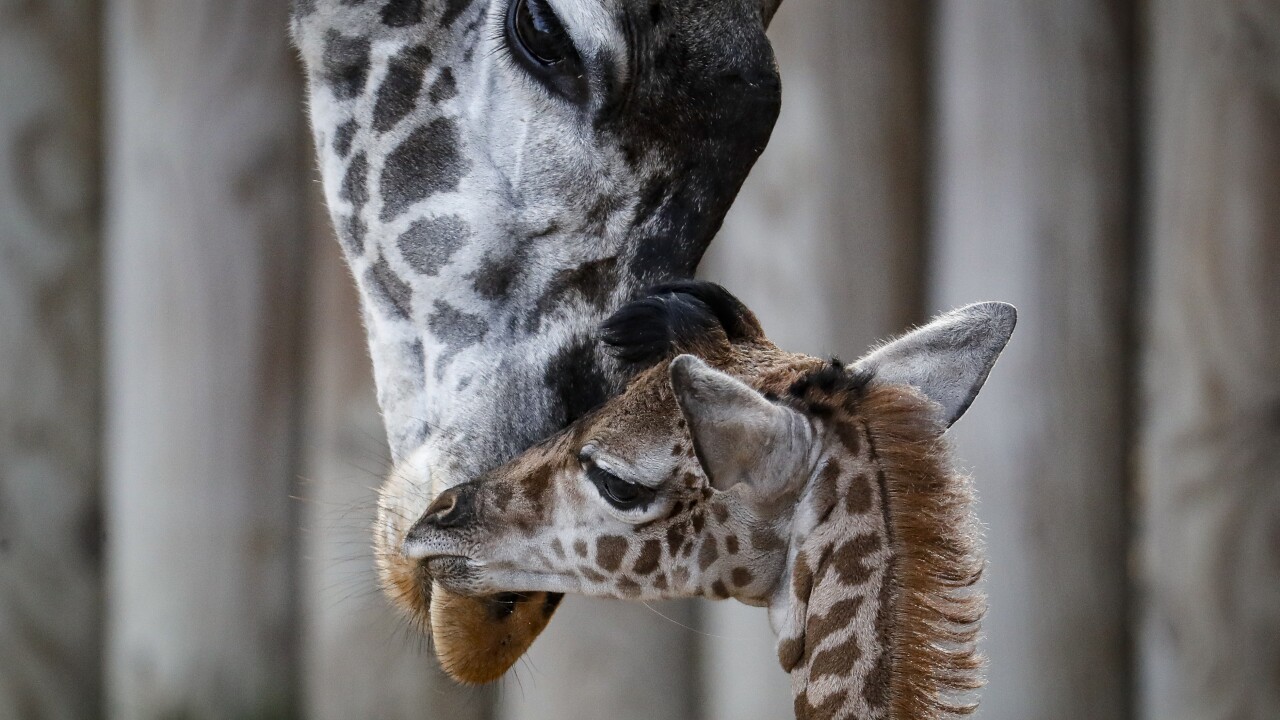 John Minchillo/AP
A newborn giraffe roams an enclosure with its herd at the Cincinnati Zoo & Botanical Garden, Monday, Nov. 25, 2019, in Cincinnati. The unnamed giraffe, whose sex has yet to be determined, was born on the previous Saturday morning and its arrival follows the death of its sire twelve-year-old Kimba that died after complications from a procedure to fix his hooves. (AP Photo/John Minchillo)

CINCINNATI, Ohio — The Cincinnati Zoo and Botanical Garden announced that the name of its new male baby giraffe will be Theo.

The week-old baby giraffe was born on Nov. 23 to 8-year-old mom Cece, just a week after his dad, a 12-year-old giraffe named Kimba, died of complications following a recent procedure.

“We picked the name Theo because it means divine gift. He was the gift that our team needed following the death of the calf’s dad a week before he arrived” said Christina Gorsuch, Cincinnati Zoo’s curator of mammals.

Theo is healthy and brave, already wandering away from Cece and exploring his surroundings on his own, according to the zoo.

The zoo said that Theo is the 17th giraffe born at the zoo.

Giraffe populations in the wild are being impacted by habitat loss, trophy hunting and illegal poaching, Zoo officials say up to 75% of calves in the wild die in their first few months of life, mainly due to predators.