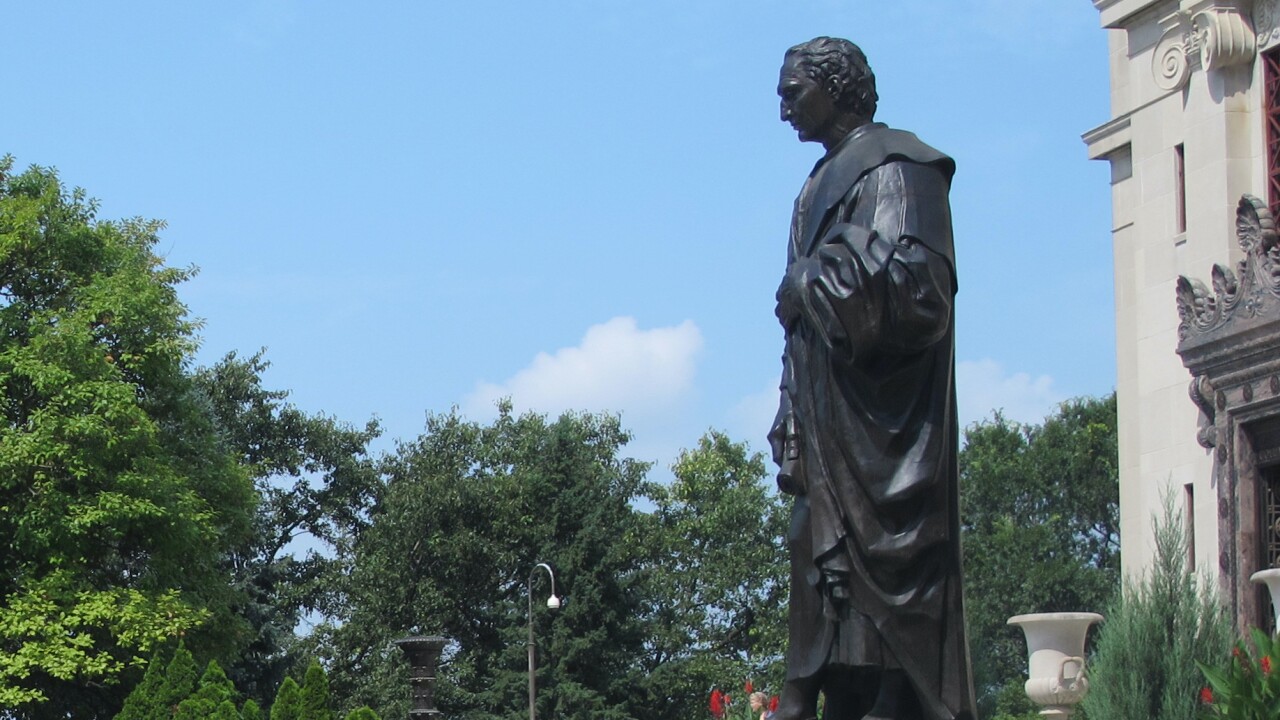 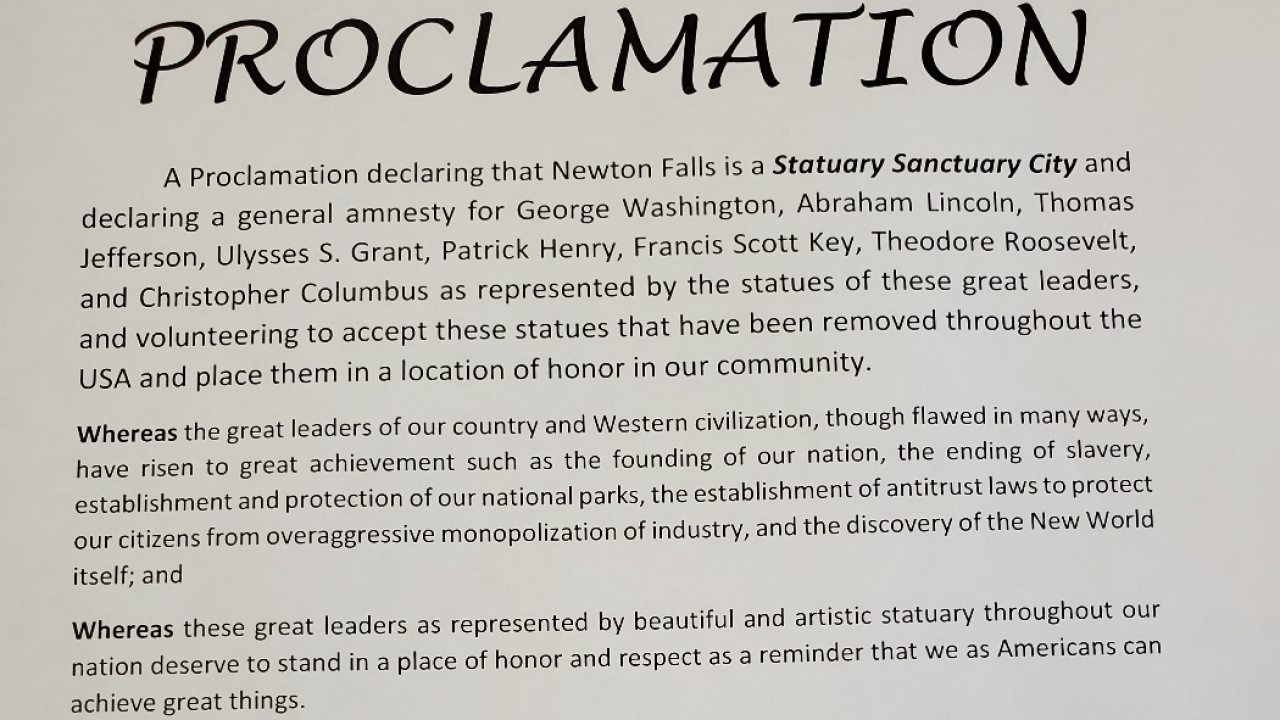 NEWTON FALLS, Ohio — A city in Trumbull County is offering to accept statues of historical figures that have been removed from cities across the country after backlash for their controversial pasts.

A proclamation signed by the city manager of Newton Falls David Lynch has declared the city a “Statuary Sanctuary City” and that all statues of Geroge Washington, Abraham Lincoln, Thomas Jefferson, Ulysses S. Grant, Patrick Henry, Francis Scott Key, Theodore Roosevelt and Christopher Columbus will be accepted from other cities that have removed them.

“Whereas the great leaders of our country and Western civilization, though flawed in many ways, have risen to great achievements such as the founding of our nation, the ending of slavery, establishment and protection of our national parks, the establishment of antitrust laws to protect our citizens from overaggressive monopolization of industry, and the discovery of the New World itself; and

“Whereas there great leaders as represented by beautiful and artistic statutory throughout our nation deserve to stand in a place of honor and respect as a reminder that we as Americans can achieve great things,” the proclamation reads.

Lynch then pledged to place the statues that are sent to the city “in a place of honor and respect to inspire greatness and achievement by all who observe them.”

A petition to declare Lynch’s proclamation “null and void” has been created in an attempt to stop the removed statues from finding a new home in Newton Falls.

“We the people, Newton Falls residents and/or US citizens, firmly reject the illegal and ill-advised proclamation by a local unelected official to unilaterally declare our town a depository for statues of mass murderers, Confederate traitors, slave owners, and white supremacists. No celebration of systemic racism, genocide, or white supremacy has any place in America The Beautiful. We resolutely reject the proposed denigration of our fair town into a mecca for racists and their ilk, and declare this shameful proclamation null and void. We shall overcome,” the petition states.

Lynch said that the Columbus Art Commission has reached out to him about the statue of Christopher Columbus that was taken down from in front of City Hall in Columbus last week and that he and his team have reached out to communities with other removed statues offering them refuge.