'Deaths of despair' rose in Ohio in last 10 years, according to study 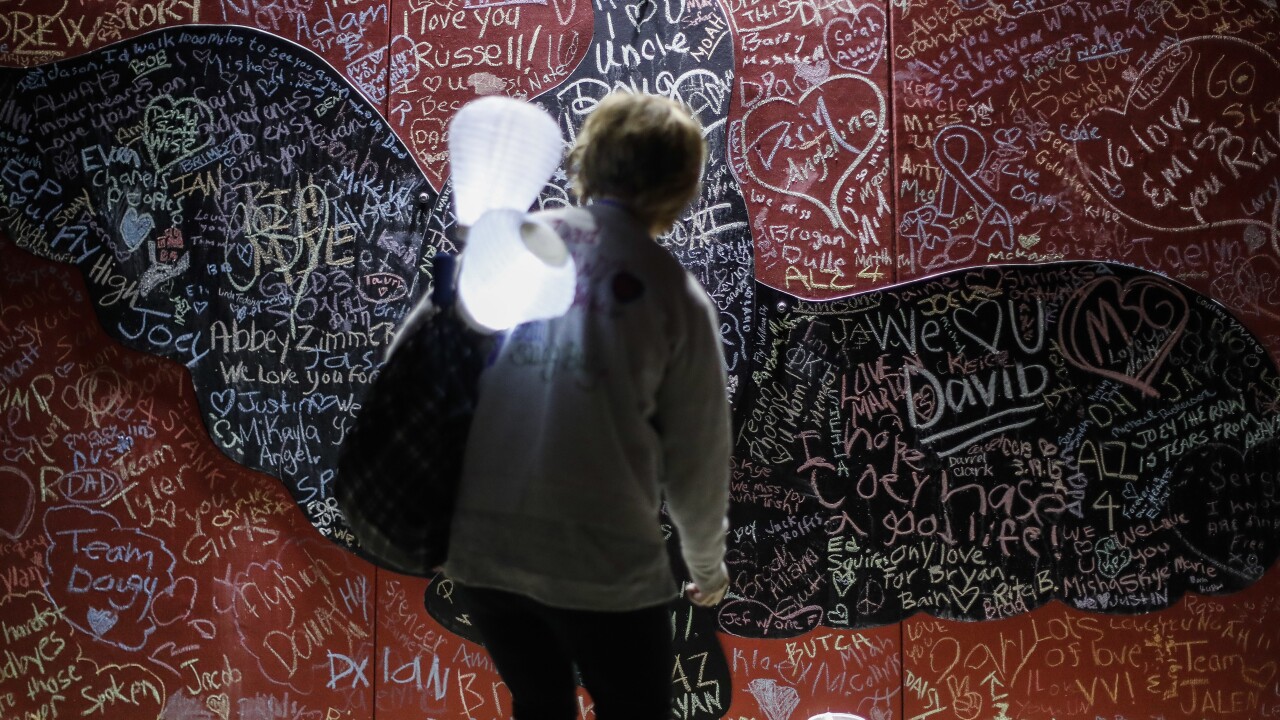 John Minchillo/AP
Jill Taylor, of Hamilton, Ohio, who lost her father Gary B. Shepherd taking his own life in 2011, steps up to a message board decorated with notes for loved ones during an Out of the Darkness Walk event organized by the Cincinnati Chapter of the American Foundation for Suicide Prevention in Sawyer Point park, Sunday, Oct. 15, 2017, in Cincinnati. Hundreds of supporters gathered to draw attention to and raise funds for the prevention of suicide that ranks as the tenth leading cause of death in the United States overall according to the Centers for Disease Control (CDC). (AP Photo/John Minchillo)

CLEVELAND — A new report by the Ohio Alliance for Innovation in Population Health reveals that drug overdoses, suicides and alcohol-related liver disease, or "deaths of despair," rose in Ohio over the last decade, taking 1.9 million years of life.

“Our world is changing so rapidly and demanding so much from people that some people just can’t do it,” said Rick Hodges, director of the Ohio Alliance for Innovation in Population Health, to the Canton Repository. “It’s not weakness, it’s not a lack of character. It’s just the daily struggle for survival and we need to treat it as something that’s part of the environment and not part of the individual.”

Other key findings from the report:

Diseases of despair ranked sixth in total fatalities, after heart failure, cancer, unspecified infections, chronic lower respiratory disease and cerebrovascular disease, according to the report that analyzed the Ohio Department of Health data.

Based at Ohio University, the Ohio Alliance for Innovation in Population Health is comprised of over 30 affiliated universities, hospital associations and healthcare providers from across the state.